According to new reports, the Sackler family’s legal settlement process regarding the many lawsuits filed against them has reached a new agreement: as part of the resolution of the suits, any institution, artistic or otherwise, that currently bears the family’s name will now have license to take the name down without any interference. This is a striking development in that it tacitly acknowledges that such practices have already been ongoing. The Metropolitan Museum of Art announced that it would be removing the Sackler name from seven of its exhibition spaces in December of 2021.

Similarly, the Tate Modern and the Louvre have also taken down the Sackler name from certain spaces within the institutions in recent years. Such developments were almost certainly inspired by the actions of the organization Sackler P.A.I.N., an initiative led by artist Nan Goldin that’s staged public demonstrations in protest against the Sackler family’s ongoing involvement in the art world.

“Museums and cultural institutions must maintain their integrity,” P.A.I.N. said in a statement made to Artforum in 2019. “They should not bear the name that is synonymous with the opioid crisis. Our museums belong to the artists and to the public, not to the donors. Those of the institutions who have refused future donations from the Sackler family, we commend you for taking the first steps. Now it is time to take the next step and take down the name of this criminal family.”

According to the new legal provisions, any institution that now wishes to remove the Sackler name must not disparage the family name, and also give the Sacklers 45 days notice before actually following through. However, the settlement ultimately states that the family “agreed to allow any institution or organization in the United States to remove the Sackler name from physical facilities and academic, medical, and cultural programs, scholarships, endowments, and the like.” Previously, the Sacklers had pushed back against Tufts removing their name. 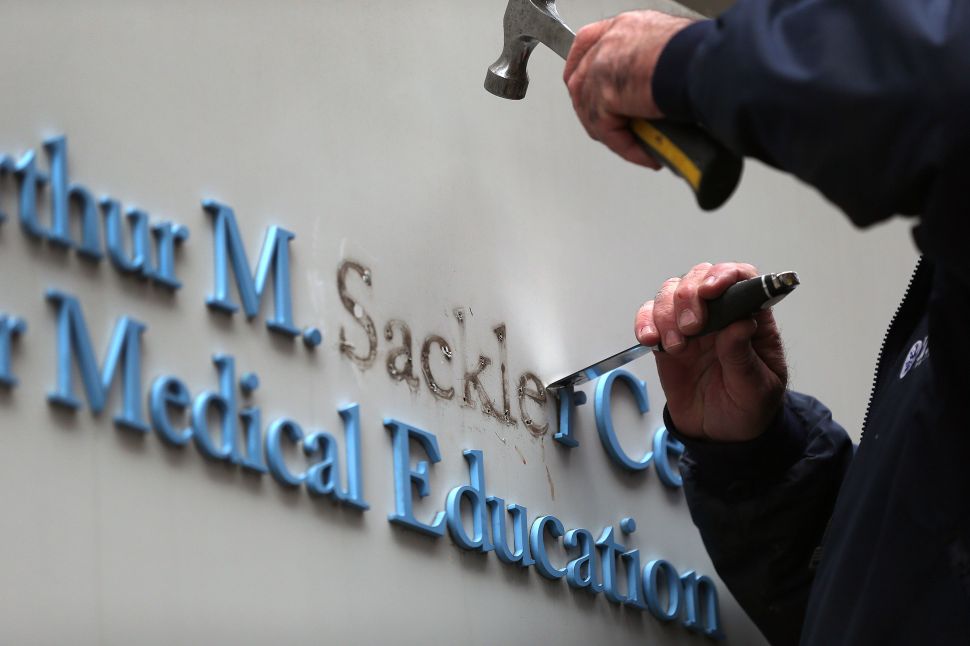