Amid the rapidly deteriorating relations between the US and Russia, why would an American continue living and working in Moscow?

Stevenson, 55, is a chemistry professor and the provost of the Skolkovo Institute of Science and Technology, a university known as Skoltech that opened in partnership with the Massachusetts Institution of Technology 11 years ago.

Last month, MIT announced it was terminating its relationship with Skoltech in response to Russia’s invasion of Ukraine, and while the US State Department has warned all US citizens to leave Russia, Stevenson said he has no plans to vacate Moscow.

His determination to stay, he said, is based in his loyalty to the institution and his students.

“I have an obligation to my students in particular, and to the other faculty that I’ve recruited to Skoltech,” he said. “I’m committed to seeing the mission of Skoltech realize itself and continue to develop. These are really innocent people. They really want to do science.”

While he says his life in Moscow is relatively unchanged, Stevenson said he’s considering alternate arrangements should conditions worsen. If he leaves, it won’t be to protest the action of the Russian state or president Vladimir Putin. “I’m a scientist,” he said.  “And science is above politics. I don’t participate in any political things.”

Other scientists, however, argue they have an obligation to engage in politics. Without commenting on Stevenson’s particular circumstances, Andrew Rosenberg of the Union of Concerned Scientists said scientists can’t pretend they exist in a bubble removed from the affairs of the world.

“That is quite naive,” said Rosenberg, who heads the organization’s Center for Science and Democracy. “You don’t give up your passport or citizenship when you get your PhD. We believe our scientists should be deeply engaged in democratic dialogue and public policy issues and what matters to them.”

Stevenson is taken aback at the idea his continued presence at Skoltech might be seen as abetting an enemy of the U.S. He says he’s simply trying to help others, in this case, a community of scientists working to solve some of the world’s big problems, like storing solar energy, developing more durable materials and detecting cancer.  “Maybe anyone criticizing me, they should ask their own self, ‘What have they done to help others?'”

The origins of Skoltech

Skoltech may operate as an independent university but it is deeply embedded in the Russian state. It was founded by former Russian president Dmitry Medvedev—Putin’s hand-picked successor who served briefly between Putin’s terms—who wanted to diversify Russia’s economy by stimulating tech innovation with its own Silicon Valley. Medvedev recruited Viktor Vekselberg, an oligarch worth about $16 billion, to get the project up and running. Vekselberg in turn lured MIT to help launch its centerpiece university with the promise of giving the U.S. school a foothold in a science-rich nation, and with $300 million.

From the beginning, critics recognized the project as part of a larger campaign to bolster Russia’s image at home and abroad, similar to hosting the Olympics or World Cup. Vladimir Kara-Murza, a prominent dissident, called out MIT for using its reputation to bolster Putin. “MIT is lending legitimacy and a cloud of respectability to an undemocratic regime,” he told Bloomberg News in 2013. (Kara-Murza has since survived two poisoning attempts).

Despite the criticism, Sklotech has thrived in its short history. In a sparkling campus on the outskirts of Moscow,  it teaches in English and offers only graduate degrees. In 2020 the institution had about 1,100 students and 147 professors from across the world.

Stevenson, a native of Walla Walla, Washington, was recruited to join Skoltech in 2013 from the University of Texas, where he ran a nanoscience and technology institute. There were practical reasons for considering the move: Stevenson’s wife is from Kazakhstan, she attended college in Moscow, and her job at the time meant she was in that part of the world for months at a stretch.

But Stevenson said he also attracted to the idea of working directly with students on developing their ambitious ideas, something he had some success with in Texas.

Stevenson, who as provost is Skoltech’s chief academic officer, is clearly proud of what Skoltech has accomplished, and can rattle off statistics and its global rankings with ease. He said he worries about what the conflict means for the institution, and its students and faculty.

Some professors with foreign passports have left—”taken vacations,” Stevenson said—but so far only a handful of international students have departed. Most are trying to finish their studies, despite what he said is the mental strain of the events in Ukraine playing out in the background. Applications to the university have fallen, he said, from Russians as well as international students.

A bigger issue will be the university’s inability to buy scientific equipment from overseas, he said, and for its students and faculty’s access to international conferences. For the past two years most conferences were held virtually anyway due to the pandemic, but Stevenson hoped his students would soon be able to travel and meet colleagues outside of Russia. Now, even if they can still attend virtually, they may not have the ability to pay registration fees in foreign currencies. “That would be unfortunate, because they’re penalizing innocent people and their participation in things that have nothing to do with politics,” he said.

There’s a value in scientists making connections and preserving personal relationships across even disputed borders, said Rosenberg of the Union of Concerned Scientists. During the Cold War, U.S. and Soviet scientists maintained connections that helped tie the nations together when so much else was pulling them apart.

Stevenson described his role in similar terms, as helping Russia’s scientific community stay connected to the wider world. But mostly he and his students just want things to get back to they things were before the invasion.

“They didn’t cause it, it’s not their agenda, but they just hope that things can come back as close as possible to a more normal situation, he said. “So that they continue to focus on what they love, which is a science.”

Left unsaid, however, is the possibility the normal conditions Stevenson and his students enjoyed at Skoltech may be gone forever. 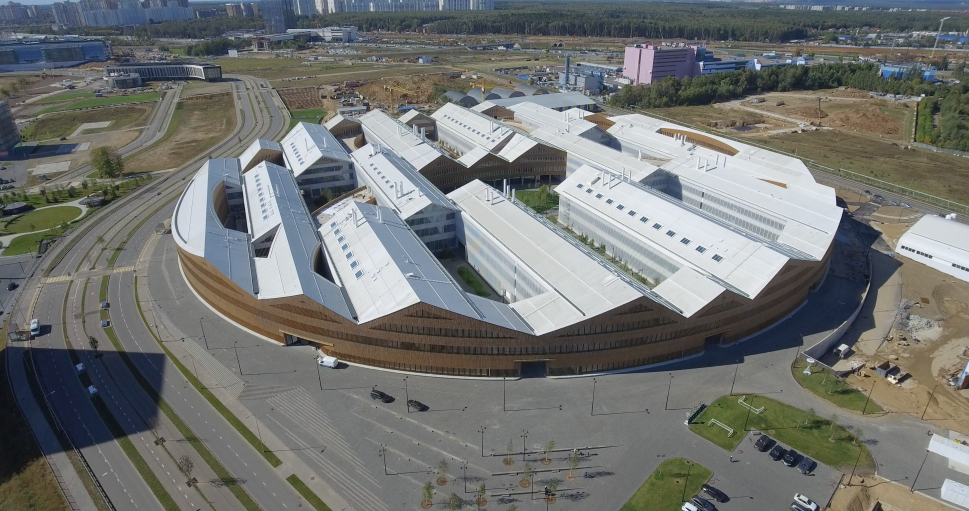