Ukraine is renowned for its second-hand and vintage clothing markets, a national point of pride that developed as a byproduct of the country’s transition from a communist system to a market economy. In Ukraine, “a thrift shop could be in a former Soviet house of culture or an old industrial warehouse,” photographer Vitalik Galanzha told the fashion magazine i-D in 2016. The events of history can also create new means of production: “In Zaporizhia, in south east Ukraine, I photographed a market in a bunker of a former secret factory that used to produce materials for military industry. The bunker could still be a bomb shelter, but now it’s just filled with clothes.”

Ukraine’s flourishing secondhand clothing market has proliferated on platforms like eBay, Etsy, Grailed and the like. The Russian invasion slowed business, but hasn’t stopped it.

Last week on Grailed, a Ukrainian seller’s listings included a vintage teal Yves Saint Laurent pullover, a Burberry baguette and a pair of soft, chocolate brown Prada boots. “Hi all!” account holder lugangstore wrote. “Due to the war in Ukraine, I can not send parcels, as soon as everything is over, I will send everything! Thank you all for your understanding!”

Ivan Dychka, a.k.a. lugangstore, has been in business for five years. “Since school there was a need for good things and I wanted to look good,” Dychka told Observer using the Grailed messenger feature. “And like all happy people, it all started from a hobby that became the main activity.” Dychka lives in Svalyava, “fortunately the safest city in Ukraine,” and said he’s safe and can talk with a cool head.

Russia’s tactics have resulted in extreme congestion: Shipments from Ukraine are being deliberately delayed en masse, air capacity is limited and port cities have become military targets. “Delivery services were not available for the first week of the war, but in the right part of Ukraine, where hostilities are now taking place, there can’t even be talk of delivery,” Ivan said. When it comes to his vintage resale business, Ivan says sales have grown since the invasion.

“But I’m not sure if this is due to the situation in the country, since buyers find out that I’m from Ukraine only after the purchase,” Ivan said, “and there were cases when people refused to buy because of this.”


Shopping for a Good Cause

On March 9, the US House of Representatives approved a spending bill allocating $13.6 billion in emergency aid to Ukraine; the country is in deep need of funding for munitions as it copes with Russia’s assault. As sympathetic onlookers around the world have felt compelled to help, several popular online marketplaces have emerged as novel conduits for people looking to funnel money directly to Ukrainians who need it.

Recognizing this, platforms have responded. To aid Ukrainian sellers, Etsy announced it would cancel current balances owed to the company by all sellers in Ukraine. This week, Etsy unveiled a curated collection of Ukrainian Etsy sellers made by the site’s editors, while also highlighting more stringent protective methods for sellers. 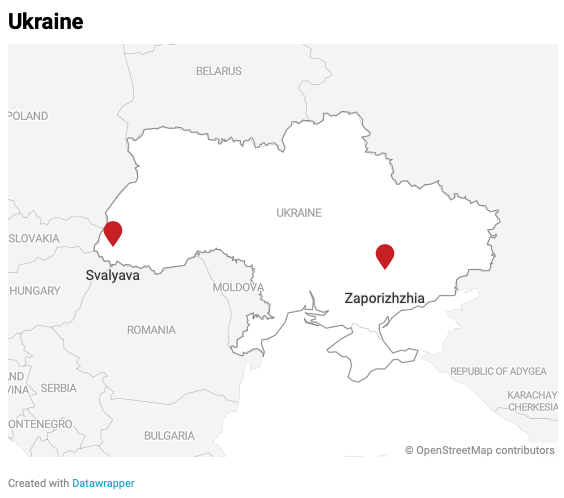 EBay is taking similar measures. While an eBay listing for a Russian tank posted on Facebook on March 2 proved to be a fake, the site hosts many authenticated Ukrainian sellers. “We stand with Ukraine and are taking a number of steps to support the Ukrainian people and our sellers in the region,” Trina Somera, a spokesperson for eBay, told Observer this week. “These include waiving seller fees, protecting sellers from late shipment penalties and negative feedback, and matching our employee donations to organizations supporting Ukraine at a 2:1 ratio.”

“Usually my packages arrived in the USA in 3-4 weeks, but sometimes there were delays of up to two months,” Dychka said. “The main problem is that there is no way to look for new item [sic] things, since the country is currently frozen. Nobody knows what to do, including me.”

Igor Zakharov, the founder of vintage clothing store hodkotom.com, told Observer his business is one of the most successful vintage outlets in Ukraine.

“Our store was founded in 2011 and until 2014 we worked in the local market and Russian market,” Zakharov wrote in an email. “After Russia’s first military aggression in 2014, when they occupied Crimea and part of the Donbas, we shut down work with Russia and began to expand into the international market.”

Zakharov’s business now has lucrative online outposts on Grailed, eBay and ASOS. But hodkotom’s main office is also located in Zaporozhye, one of many Ukrainian cities that have been targeted by Russian airstrikes since the conflict began.

Anything But Business As Usual

On Feb. 1, Zakharov was enjoying a vacation with his wife and children in Turkey. By the end of the month, everything had changed. “On February 24th we had to stop the work of our shop completely, because the movement of the Russian army on our front was developing very dynamically and unpredictably. Every day, sirens were working in the city and all the time there was a threat of air strikes against the city,” Zakharov said. “All of our team members have been in bomb shelters for a long time.”

“Fortunately, our army was able to hold off the attack on our city, [and] at the moment the Russian army is 50 km away,” Zakharov said. “Our city now looks like a World War II military fortress.”

Zakharov longs to return to his former way of life, but doesn’t have any idea how. For Ukrainian business owners and civilians alike, one crucial lifeline has been Ukrposhta, the state postal service. Heavily targeted by the Kremlin and the Kadyrovites paramilitary group, which attacked and killed two postal workers this week, Ukrposhta has been delivering medications, pensions, and groceries, as well as coming through for export operations like Zakharov’s.

“If they used to use the air for delivery, now they use trucks for delivery to Poland on a narrow ‘safe corridor’ all across the country,” Zakharov said. “Drivers of these trucks risk being hit by enemy bombardment at any moment.”

None of his colleagues in Ukraine vintage resale have spoken to him about reopening their shops—“Hard to think about work when tanks drive down the street and missiles fly into residential neighborhoods,” he wrote—but Zakharov resumed operation at hodkotom on March 9 and refuses to be deterred, despite the dangers involved.

“We decided that some members of our team will be organized to come to the office 3 times a week, but only if there are no sirens in the city and the risk of an air strike,” Zakharov said. “We will try to resume work to help our country’s economy. We need to pay salaries, pay taxes, donate [to] our army and volunteers and allow others to work, including Ukrposhta. Attracting foreign exchange earnings into the country is very important now.” 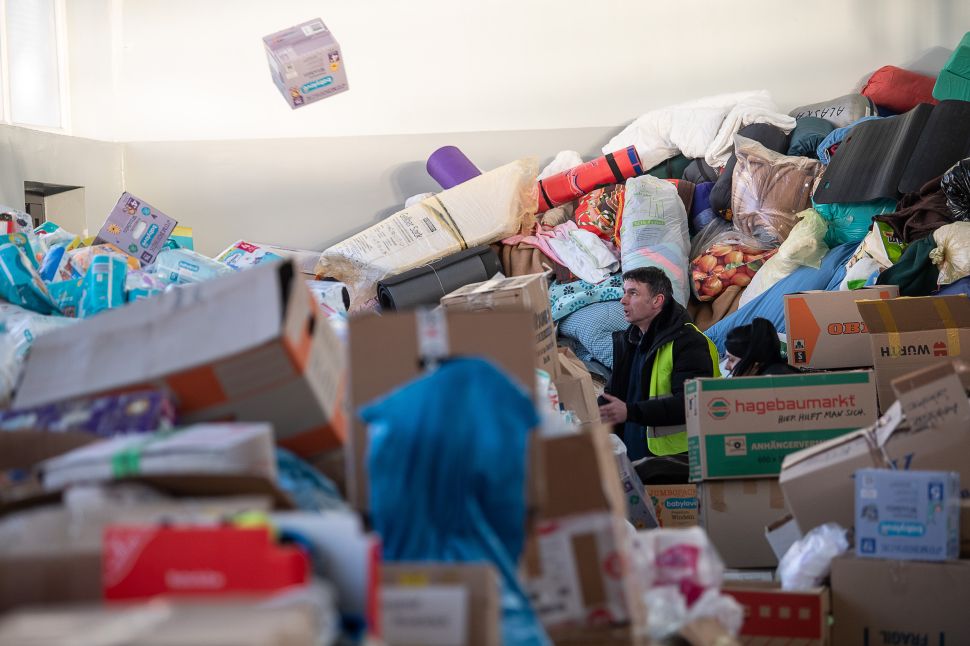