Ever since Russia’s military initiated their aggressive invasion of Ukraine, things have already escalated to the point of crisis: prominent Ukrainian figures have called for strict cultural sanctions against Russia, while Russian figures in positions of power have either withdrawn from or been forced to relinquish prominent posts. Now, the United Nations Educational, Scientific and Cultural Organization (UNESCO) has released a statement expressing their deep alarm at the situation in Ukraine; the statement also outlines the actions UNESCO is taking. UNESCO, according to reports, is moving to “mark as quickly as possible key historic monuments and sites across Ukraine with the distinctive emblem of the 1954 Hague Convention, an internationally recognized signal for the protection of cultural heritage in the event of armed conflict.”

Further dispatches from members of the Ukrainian cultural sector reflect just how dire things have already become. Speaking to Vanity Fair this week, Bjorn Geldhof, the artistic director of Kyiv’s Pinchuk Art Center, said that the museum had to be barricaded when Putin initiated the aggression. Furthermore, Geldhorf said that the country’s cultural sector has wasted no time in mobilizing against the Russian troops. “There are an incredible number of people who are taking up arms,” Geldhof told Vanity Fair. “A lot of people—artists, cultural workers—everybody’s in the same situation. They have to protect their land and protect their future, and yes, they do take up arms and protect their country.”

Such urgent action is necessary: already, reports have emerged that Russian military forces have burned down a history museum in Ivankiv, a city north of Kyiv. The museum reportedly held 25 works of art made by the Ukrainian folk artist Maria Prymachenko that have now been destroyed. For UNESCO, the time to act is now.

“We must safeguard this cultural heritage, as a testimony of the past but also as a vector of peace for the future, which the international community has a duty to protect and preserve for future generations,” Audrey Azoulay, the Director-General of UNESCO, said in a statement. 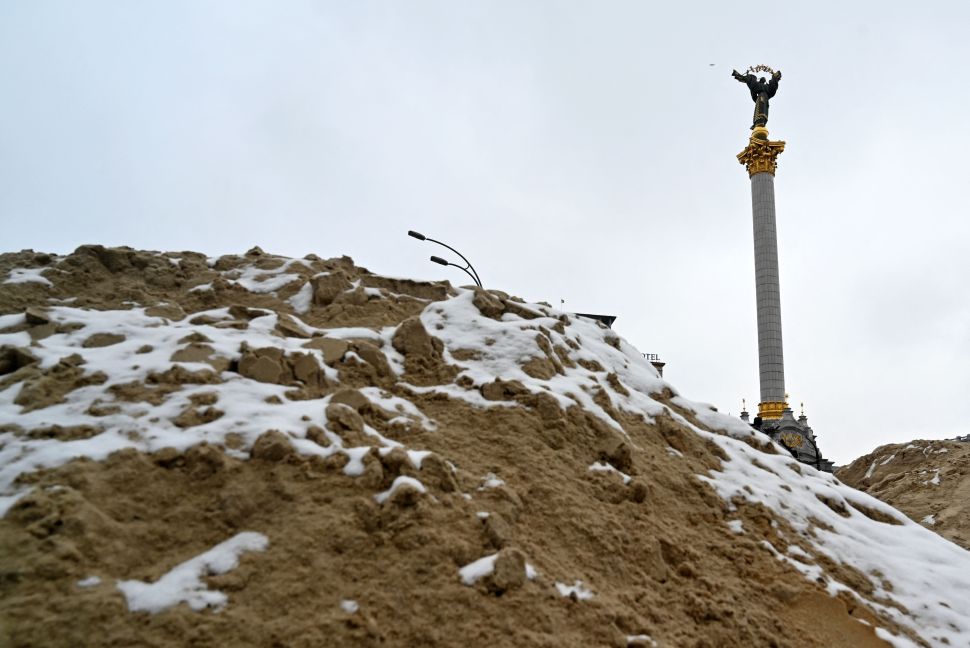