Vanessa Yao will be the first to admit that her journey to joining The CW’s gender-flipped reimagining of Kung Fu has come full circle.

Born and raised in Montreal, the Chinese-Canadian actress had returned to her family’s roots after graduating from high school to study at the prestigious Beijing Film Academy, where her parents believed she would be given more opportunities as an Asian actor. Yao, whose Chinese name is 姚娆 (yáoráo), went on to lead films for China Central Television and Guangzhou WeiXiao Films and appeared in Huaxia Films’s Father and Hero, which earned her the Best New Actor Award at the 2018 New Zealand Asia Pacific Film Festival.

But after the first year of the Covid-19 pandemic, Yao reached out to Andrew Ooi, a talent manager in Vancouver, with the intention of finding work in North America. She received the audition for Kung Fu last summer, binged the first season of the action-adventure series and eventually recorded a self-taped audition at her home in Beijing. Within 72 hours, she was asked to log on to a Zoom meeting for a callback with producers before she was offered the role of Mia. The long-lost cousin of protagonist Nicky Shen (Olivia Liang), Mia could be the secret weapon in the new villain Russell Tan’s (Kee Chan) plan for San Francisco.

“We knew this role was very important to season 2, and we saw many tapes, but what really struck us about Vanessa’s audition was that she was able to be very strong,” said Christina M. Kim, the creator and co-showrunner of Kung Fu. “We needed her to be a strong character that could go up against Nicky, but we had written scenes that showed her vulnerable side, and there was something just so raw and emotional that she could tap into right away. And when we saw those scenes, we just knew she was the one.”

Before she knew it, Yao—who is a Canadian citizen but had a Chinese working visa—had to pack her bags, complete her PCR tests and fly to Vancouver, where she quarantined for two weeks before beginning production on the second season last September. By the time she arrived on set to shoot her first scene, in which Nicky introduces Mia to the rest of the Shen family at the family restaurant, Yao felt like art was imitating life.

“Mia comes in not knowing she has any family, so I tried to play that in my favor,” Yao told Observer in a recent Zoom interview. “I was like, ‘Okay, all this anxiety I feel, I need to continue that. I feel alone—I just need to remember this.’ They were all really nice to me, and I’m like, ‘Don’t worry trying to get to know me just yet. Wait until we’re done Episode 1, and then we can really talk, because this is perfect.’”

“It was just so fun to play it because the cast were so good at giving that feeling of, like, ‘Who are you?’” she added. “I’m a quite sensitive person in real life, and I really made it feel like, ‘Oh, they’re watching me and they’re judging me. They don’t like me, maybe I did something wrong.’ I just tried to milk that moment.”

Since then, Yao has slowly grown closer with the rest of the tight-knit ensemble, who, she noted, will occasionally refer to each other by their character in the show. For instance, Tan Kheng Hua, who plays the matriarch Mei-Li, will frequently be called “Mama” Kheng. “I did feel like I was like an alien,” Yao said with a laugh. “I was just really worried that I wouldn’t be able to get to know them well, because they’d already done a full season together, but they were so nice and so welcoming. As soon as they met me, they were like, ‘Oh my God, you’re Mia! We didn’t meet you yet.’ I was like, ‘Yeah, hi! I’m a ghost on the internet. You can’t find anything on me.’”

Having only worked on feature films in China, Yao also had to get accustomed to the fast-moving nature of television and discovered that, while the styles of acting in Chinese and English-language productions are relatively different, there is a universality in the human experience.

“I remember a director told me like every time I’d say the line in English, it would feel organic. But if I said it in Chinese, it wouldn’t feel as organic,” she said, reflecting on her time in China. “And then he actually helped me a lot by saying, ‘Okay, if this helps you, perhaps you should just translate all your lines in English and understand how you feel, and then just put that same emotion into another language. It doesn’t matter what language you’re speaking—it’s still the same emotion.’”

Last April, amid an alarming rise in anti-Asian racism and violence, Kung Fu became the first network drama to feature a predominantly Asian cast, delivering the highest total viewership numbers for a Wednesday debut on The CW in more than seven years. Given that she grew up in the West but began her career in the East, Yao is acutely aware of the historical lack of Asian American representation and immediately felt a lot of pressure to not only re-establish herself but to also do her character justice.

In her first major TV project, Yao has worked with the stunt team to build on her rudimentary training in kung fu—even if there were times when she thought, “I don’t know if I can do that! She’s so badass! That’s crazy!”

“For me, I was more worried about hurting others,” Yao said of the stunt team, who helps with everything from on-set safety to off-set fight choreography. “Oftentimes, [the stunt doubles] try not to have you contact them, but there are times where you will, and I tend to feel bad right away. And they’re like, ‘It’s fine, just relax, just do it.’ In China, kung fu is such a huge thing, and it’s something that I’m proud about, and it’s a huge thing about our culture as well that I’m like, ‘Hell yeah. We are strong. Don’t mess with us.’”

There's a new enemy in town. Stream the season premiere of #CWKungFu free only on The CW: https://t.co/YDqrd3F36f pic.twitter.com/Rq7DAzVQYV

After crossing paths with Nicky in the March 9th season 2 premiere, Yao’s character revealed her tragic backstory: Raised in a cabin by her late mother Mei-Xue, Mia ran away from home at 16 and eventually settled in New York, where she learned how to live on her own and befriended a group of homeless kids. When Russell Tan’s mercenaries raided their squat, everyone was killed except Mia, who escaped using her martial arts training and ultimately tracked down Nicky and her loved ones.

Given that Mia had an isolated upbringing and now has to contend with a family she never knew existed, her innate weariness of strangers is compounded by the grief of losing her mother, who was her rock, Yao explained. “She doesn’t know what anyone’s intentions are, and especially [since] she’s lost her mom, she’s lost the point of safety for her. She has no one to rely on anymore.” Yao added that Mia struggles with guilt around her mother’s death: “She ran away from home: ‘It was my fault [she died], because I was being selfish. I couldn’t help my mom, and I couldn’t be with her for that last moment.’ That’s something that will be played a lot in the season.”

Mia isn’t a strictly good or bad character. “It was so interesting entering her personality, because there was just so much to unpack for her that I really wanted to give her the justice that she needed,” Yao said. “She’s been through this trauma, and this is what’s left of her from this trauma.”

As the daughter of a Guardian and a Warrior, Mia’s hybrid bloodline means that she could be a valuable ally in Nicky’s fight against the sinister billionaire Russell Tan—or a dangerous new adversary. At this stage, Yao said, Mia does not exactly know why Tan’s mercenaries have been targeting her, and “she doesn’t really trust anyone”—even these people who are supposed to be part of her extended family.

“Her mom sheltered her from everything for a reason, and she will only be finding that out throughout the season like, ‘Oh, that’s why my mom did this for me.’ She didn’t know anything, so her mom never really told her she had a family,” Yao previewed. “She was training for kung fu but she didn’t know why she was training. She just thought it was to protect herself, and she was really kept in the dark for all of this. And throughout the season, she, with Nicky, will figure out more about who she is and what she means to everyone.”

“Kung Fu” airs Wednesdays at 9 p.m. on The CW, and streams the next day on the CW app. Season 1 is now streaming on HBO Max. 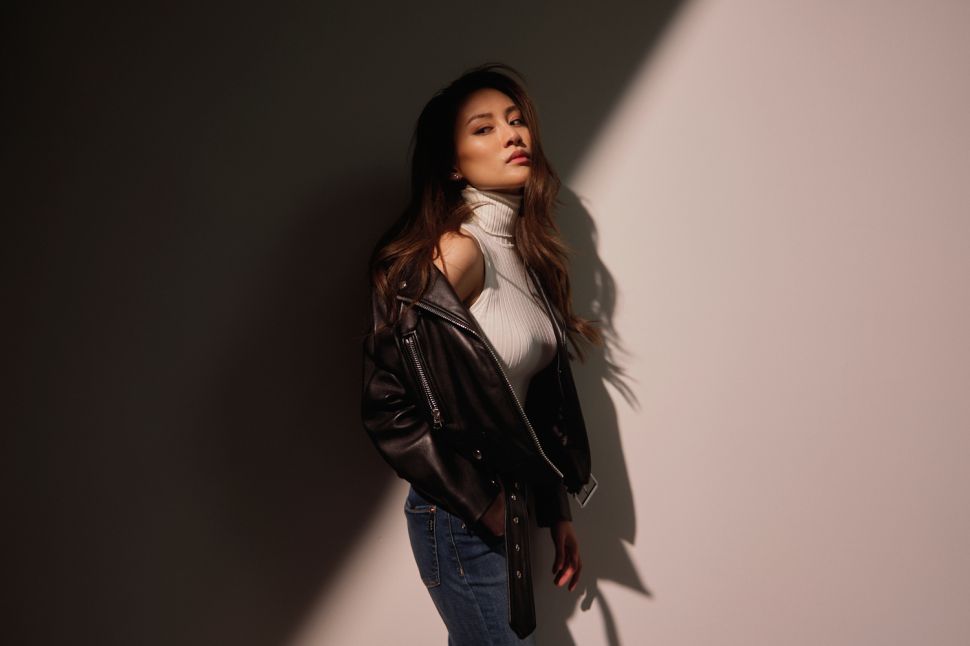