After a month of blockbuster TV releases, April is getting off to a pretty movie-centric start. That’s not a bad thing, of course, especially when the month is kicking off with so many exciting films—new and old. Movies from well-established directors dominate, but fear not (unless you’re watching Carrie): from comedy to animation to action to horror, there’s a movie for everyone this week.

American auteur Richard Linklater’s fascinating new project blends animation with the distinct sense of nostalgia that he’s carried with him across films like Dazed and Confused and Boyhood. Apollo 10 ½: A Space Age Childhood tells the story of the first moon landing, albeit from a different perspective—not only does Linklater track the tension of the mission, but he follows an awe-inspired kid from Texas whose dreams put him among the stars. It’s a time capsule of a film that mixes memory and imagination in joyful ways, making Linklater’s personal story quite universal. Apollo 10 ½: A Space Age Childhood premieres Friday, April 1st.

This comedy from Judd Apatow decides to make do with COVID restrictions, following the cast and crew of a smash-hit dinosaur film franchise called Cliff Beasts as they try to shoot the sixth installment. The Bubble makes light of everything from the cabin fever of COVID to the inanity of Hollywood blockbusters, sticking its kooky cast of characters into the most bonkers production since Apocalypse Now. The ensemble ranges from Fred Armisen and David Duchovny to Karen Gillan and Borat-favorite Maria Bakalova, with Pedro Pascal, Leslie Mann, and Keegan-Michael Key thrown in for good measure. The Bubble premieres on Friday, April 1st.

Perhaps the most fascinating acquisition Hulu has made recently is last year’s Night Raiders. This movie centers on dystopian North America circa 2044, when a brutal military government has taken power. The regime’s policy of taking children from their families and putting them in forced-education camps may sound like history repeating itself—which is by design. The film’s writer-director and most of its cast are indigenous peoples from North America, making the movie’s central quest of a woman trying to rescue her daughter a poignant mirror of the brutal history of imperialism in the Americas. Night Raiders will be available to stream starting Friday, April 1st.

Did you know that Brian De Palma’s 1976 film Carrie received two Oscar nominations—one for lead actress Sissy Spacek and another for supporting actress Piper Laurie? Well, if you still have the Oscar bug after this past weekend’s ceremony but want to watch some genre fare, then give one of the best horror movies of all time a watch. Carrie is a vicious tale about teenaged insecurity, turning a pubescent girl’s anxieties into intense realities. It’s simply an iconic movie, with the most legendary prom scene committed to film—and that alone justifies a viewing whenever it reappears on streaming. Carrie is available on Amazon Prime starting April 1.

Death on the Nile

Though Kenneth Branagh won his first Oscar last Sunday for his beautiful film Belfast, his most recent effort was frothier fare, and it arrived on streaming this past week. Death on the Nile is the second in Branagh’s series of Agatha Christie adaptations after 2017’s Murder on the Orient Express, with the director starring as the mustachioed detective Hercule Poirot. This mystery is bigger and twistier than its predecessor, with a massive ensemble cast that includes Gal Gadot, Annette Bening, and Russell Brand alongside up-and-coming talents like Emma Mackey and Letitia Wright. Death on the Nile is available to stream now.

This week’s only television recommendation is a fascinating new British spy thriller. Starring Oscar-winner Gary Oldman, Slow Horses takes place in an office of misfit MI5 agents; each member of the crew has made some form of career-ending mistake in the British intelligence services, leaving them to do more menial spy labor than viewers may be used to. While sifting through trash and scanning security feeds, though, a massive conspiracy comes to light, leaving the rag-tag group of spies to their own devices as their superiors become the targets of suspicion. Slow Horses premieres Friday, April 1st. 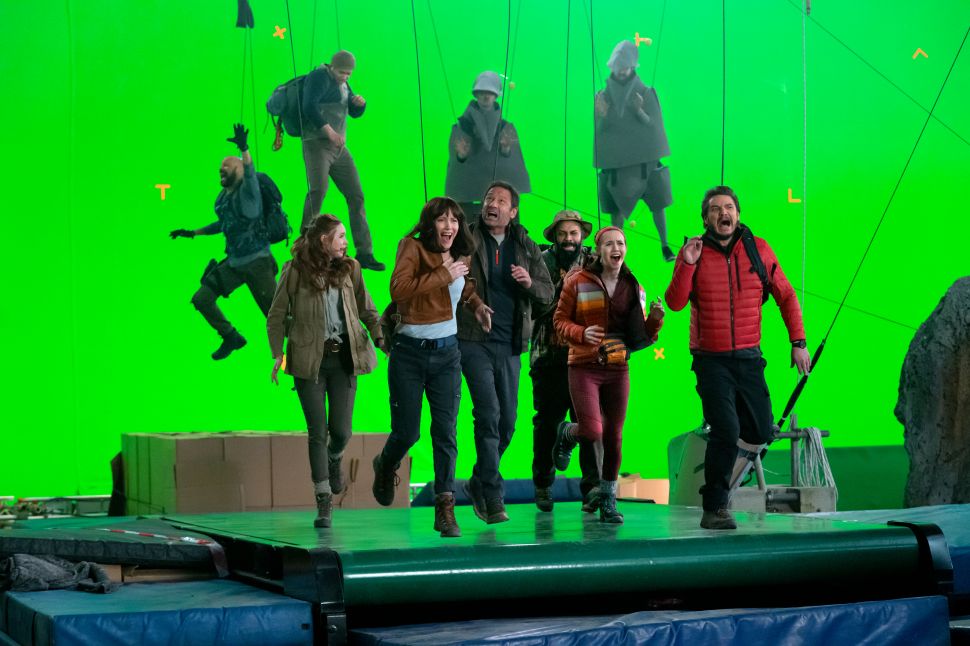