This week offers some sweet nostalgia: new movies take us back to the family sci-fi romps of the ’80s, as well as the colorful chaos of the ’00s. But there are also epics from directors Christopher Nolan and Denis Villeneuve returning to streaming, plus the second season of a show created by the man who gave us the beloved American version of The Office. There’s more than enough to fill your week with streaming, so here are some of your best options.

The Adam Project is the second collaboration between Ryan Reynolds and Free Guy-director Shawn Levy within the past 12 months, and this Netflix family blockbuster looks like it might be just as big of a hit. When Reynold’s time-traveling fighter pilot crash lands in 2022, he has to team up with the 12-year-old version of himself to save the future. How can they accomplish this? By going to their father, a science whiz professor played by Mark Ruffalo. The cast is rounded out by a trio of talented actresses: Zoe Saldana, Jennifer Garner, and Catherine Keener. It’s a lovely return to classics like Back to the Future and E.T., making it one to watch for nostalgia alone. The Adam Project premieres Friday, March 11th.

Rarely does an awards season pass without some kind of historical war movie, but somehow 2021 seemed to go on with no critically acclaimed combat epic in sight. But fear not – Dunkirk is coming to streaming this week. One of Christopher Nolan’s most daring and innovative films, Dunkirk tracks various British soldiers and civilians one week, one day, and one hour out from the dangerous rescue at Dunkirk, France during World War 2. Nolan creates spectacle on a massive scale, grounding some of his best visual set pieces in historical realism. Dunkirk will be streaming from Saturday, March 12th.

From Greg Daniels, creator of the U.S. version of The Office and Parks and Recreation, comes Season 2 of Upload, a sci-fi comedy that premiered back in 2020. In this series, people can “upload” their consciousness into a virtual afterlife once they’ve passed. Nathan, our computer engineer protagonist who died young, continues to navigate life after death, which includes some bumps in the road of his relationship with his still-living girlfriend, Ingrid, all the while his afterlife customer service representative Nora suspects that his untimely death was a murder! The show juggles a lot, but Daniels’ past series should tell you that things only get better as the seasons stretch on. Season 2 of Upload premieres Friday, March 11th.

This week’s addition to the list of Oscar nominees on streaming is Dune. With ten nominations (including Best Picture) and a nine-figure box office gross, Dune is one of the biggest movies of the past year. The first in a two-part sci-fi epic, it stars Timothée Chalamet as Paul, the heir to House Atreides and a slew of political conflict. Alongside him are Oscar Isaac as his father Duke Leto, Rebecca Ferguson as his mystic mother, and Jason Momoa as the interestingly-named sword master Duncan Idaho. Zendaya, Javier Bardem, and Josh Brolin add to the never-ending, exquisite ensemble. Dune is available to stream now.

Turning Red is the newest Disney-Pixar animated movie, and I am incredibly excited for it! It centers on Mei Lee, a 13-year-old Chinese-Canadian girl who finds out that a certain family curse has doomed her to turn into a massive red panda whenever she gets overly anxious or excited. The film is set in the early-aughts, so it’s filled to the brim with boy-bands and brightly colored backpacks. Turning Red is a movie for all of the weird girls, those of us who had mousy hair and too-big braces and an incredibly difficult time with the burgeoning emotions of teenage girlhood. If the premise doesn’t hook you in, maybe the glowing reviews will. Turning Red premieres Friday, March 11th.

The Last Days of Ptolemy Grey

This miniseries stars Samuel L. Jackson in the kind of dramatic role we rarely see him in these days, and that’s reason enough to tune in. Based on the novel of the same name, The Last Days of Ptolemy Grey features its title character, an aging man struggling with dementia, as he briefly remembers a period of his past that has to do with the mysterious death of his nephew. The series is a very different vehicle for Jackson, but he proves that he’s as good a lead actor as any. The Last Days of Ptolemy Grey premieres Friday, March 11th. 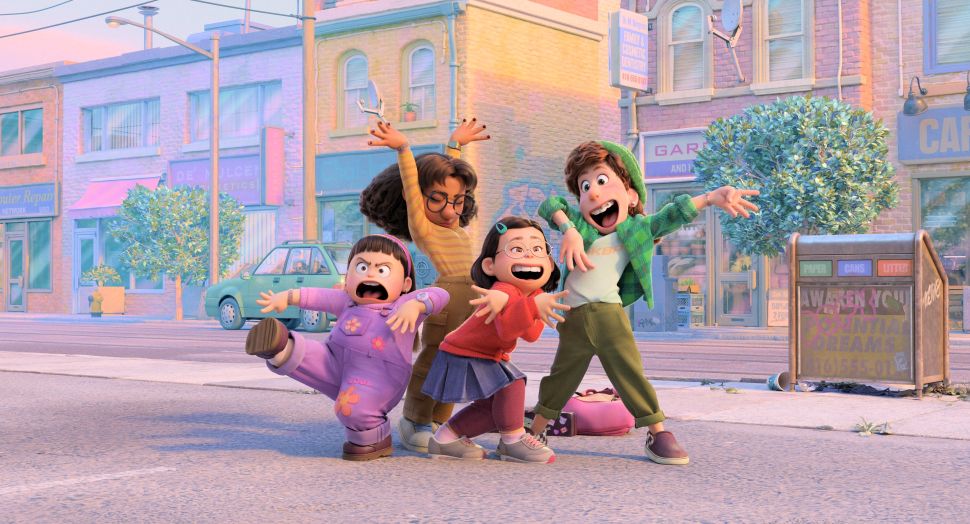