From superheroes to serious documentaries, a modernized Regency era to a 2017 court case, this is a week with options to spare when it comes to streaming. Of course, you should try to squeeze them all in — why not do some spring cleaning on your watchlist? – and we’ve helped you out by picking the best and most interesting new titles across streaming services this week.

Netflix and Shonda Rhimes’ massive period hit returns for Season 2 this week. Bridgerton’s first season made waves for its steamy romance and loveable ensemble, and its second season promises just as much Regency era intrigue. This time around, the series is set to focus on Anthony, the eldest Bridgerton sibling, as he courts new character Edwina Sharma. The problem? He’s clearly fallen for her headstrong sister, Kate. This season’s romance looks like it’ll be more of a slow burn, leaving plenty of space for beloved supporting characters like Lady Danbury and Penelope Featherington and all of their shenanigans. Season 2 of Bridgerton premieres Friday, March 25th.

Irreverent, off-kilter, and just plain funny, Atlanta finally returns to the small screen this week after four long years. One of the best comedies of the past decade, the show starts its third season on a bit of a larger scale: creator and star Donald Glover’s Earn has trotted to Europe with Brian Tyree Henry’s rapper character Alfred, a.k.a. Paper Boi, for his European tour. The new continent is rife with the same old backwards nonsense that the U.S. is, leaving the show’s surrealist social justice plenty of room. Atlanta Season 3 will be available on Hulu starting Friday, March 25th.

The Girl From Plainville

True crime fans get a major treat this week with The Girl From Plainville. This limited series centers on Michelle Carter, the teenage girl who was charged with involuntary manslaughter for encouraging her boyfriend to commit suicide. Elle Fanning stars as the infamous Carter, undergoing an uncanny physical transformation into the suburban teen. The show manages a tricky balancing act, showing Carter’s own struggles with mental illness while also devoting time to the deceased Conrad Roy’s memory. It’s the rare true crime series that treats its story with real weight, refusing the simple good guy/bad guy dichotomies we’re used to in the genre. The Girl From Plainville’s first three episodes premiere Tuesday, March 29th.

This Oscar-nominated documentary takes a hard look at one of the largest prison riots in American history, 50 years after it happened. On September 9, 1971, prisoners at the Attica Correctional Facility took more than thirty workers hostage in an attempt to negotiate for better conditions. This story ends violently, and the film casts necessary light on the extensive racism in the American prison industrial complex. It’s unclear whether Attica is only available as a promotion for the Academy Awards or not, as it is ostensibly on loan to Amazon Prime from Showtime. Stream it while you can!

For a new twist on your typical YA romcom, Moonshot has you covered. This new film takes place between two different worlds — literally — in a future where Mars has been selectively colonized. Lana Condor stars as a college student hoping to get onto the red planet in order to visit her boyfriend. Sneaking along is her laid-back barista friend played by Cole Sprouse. Suffice to say, their mission to Mars gets caught up in all the best romcom tropes: fake dating, matching space outfits, sharing a small rocket pod room . . . you get the picture. Moonshot premieres Thursday, March 31st.

This complex international series tracks a Korean family over several generations, from life under Japanese colonialism to immigrating to the U.S. for a western education. Pachinko follows the complex relationships of a family split between these three countries — Korea, Japan, and the United States — in dramatic and deeply human ways; the show is a family melodrama as much as it is a historical saga, forcing you to learn while making you feel. Between Squid Game and K-dramas, Pachinko occupies its own niche of Korean television, one that should be just as celebrated by American audiences. Pachinko premieres Friday, March 25th.

If Bridgerton doesn’t supply you with enough British accents, then Oscar Isaac’s affectation in Marvel’s new show Moon Knight most certainly will. This superhero miniseries focuses on a man who doesn’t know himself. Steven Grant experiences blackouts and memory loss, only to find out that he’s one and the same as Marc Spector, an entirely different person. In reality, he’s a former mercenary who faces dissociative identity disorder and has become the conduit for an ancient Egyptian god, which allows him to become the spooky Moon Knight figure. The series promises to be full of dark twists and interesting fantasy elements, along with a villainous turn from Ethan Hawke. Moon Knight premieres Wednesday, March 30th. 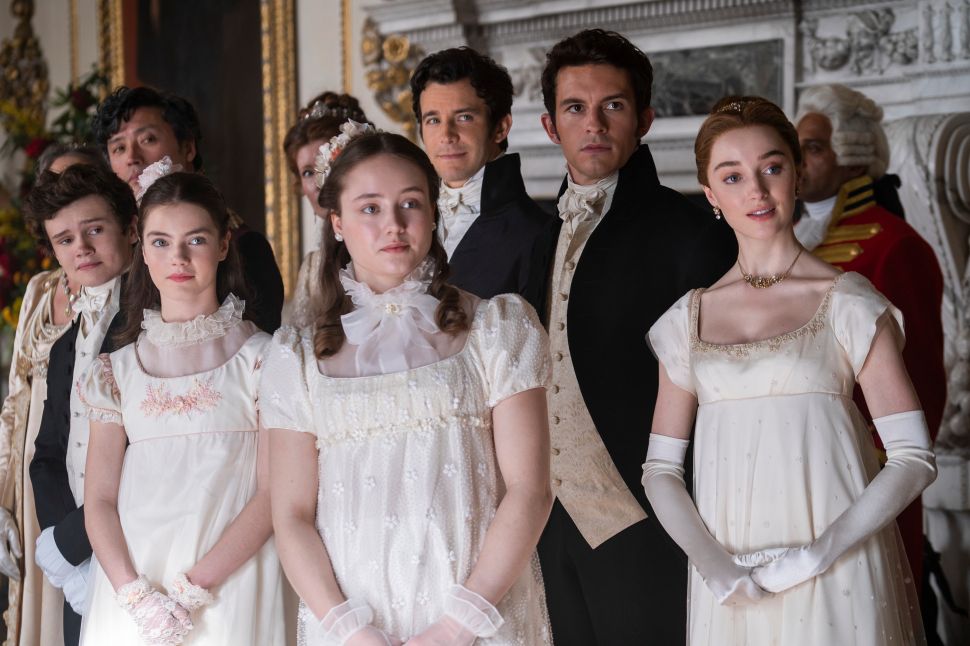