Exciting things are on streaming this week, with dating horrors, a gay nunnery, and the ’80s Lakers—oh my! There’s an extensive range of new movies and shows to be watched, from the arthouse to old(ish) Hollywood. As always, there’s simply too much to choose from—but our picks are here to solve that problem.

This thriller promises action and family drama in equal measure. Pieces of Her follows Andy, a young woman who’s caught in a shooting at a local diner, only to watch as her mother, played by Toni Collette, dispatches the shooter with ease. What follows is the rapid unraveling of her own understanding of her family, with threats from her mother’s past creeping out of the shadows. At the center of this thriller is the complex relationship between a mother and her daughter, forced apart by violence and united by shared secrets. Pieces of Her premieres Friday, March 4th.

Gosh, isn’t dating just the worst? Fresh certainly thinks so. This dark comedy thriller stars Normal People breakout Daisy Edgar-Jones as a woman who’s over the endless cycle of swiping on dating apps. When she meets Sebastian Stan’s charming Steve, she decides to throw caution to the wind and go all in on this new guy. And then comes a weekend getaway to remember—or one you’d want to forget. It’s a feminist horror story with wit and bite, following in the footsteps of the scathingly perfect Promising Young Woman. Fresh premieres Friday, March 4th.

From Showgirls to Elle, Paul Verhoeven has never been a director that shies away from sexuality. With Benedetta, he’s taken it to a new level, one that prompted a small protest right outside Lincoln Center. The movie is, essentially, a love story between two 17th-century nuns at a convent in Italy. It’s a film that questions the power of religion and sexuality, challenging the former’s authority over the latter. It artfully combines elements of exploitation with some blessedly distasteful blasphemy, striking a delicate but enrapturing balance. Benedetta will be available to stream starting Friday, March 4th.

If you already watched Being the Ricardos and still want some good, old-fashioned I Love Lucy content, then you’ll love Lucy and Desi. Current comedy queen Amy Poehler directs this new documentary about the sitcom stars, portraying the pop culture power couple with archival footage and interviews from legends like Bette Midler and Carol Burnett. It’s an ode to two of the most significant figures in television history, focusing on their success as creative partners—as well as their failure as a married couple. Lucy and Desi premieres Friday, March 4th.

Who among us wouldn’t like to watch a period comedy about pirates featuring Taika Waititi as Blackbeard? In Our Flag Means Death, that wish (and many more) comes true. This new show centers around the semi-true story of aristocrat Stede Bonnet as he decides to upend his life and turn to a career of piracy. Bonnet is played by Rhys Darby, Waititi’s fellow Kiwi comedian, while big names like Leslie Jones, Fred Armisen, and Nick Kroll pop up as recurring characters throughout the series. So, grab your first mate and get ready to parrrty, because Our Flag Means Death premiered Thursday, March 3rd.

This BBC import hit American soil this week, and it’s one to watch. In The Tourist, an unnamed man played by Jamie Dornan wakes up in an Australian hospital with no memory of who he is. As he races to recall to his past, his unknown history also rushes to catch up to him. It’s a mystery packed full of confusion and car chases, and, best of all, it’s entertaining. Plus, with recent performances in Belfast and Barb and Star Go to Vista del Mar, Dornan has proven himself as a more than capable actor across genres. The Tourist premiered Thursday, March 3rd.

Winning Time: The Rise of the Lakers Dynasty

Winning Time is easily one of the most hyped shows HBO has released lately, with its sprawling ensemble cast, its flashy subject matter (the Los Angeles Lakers), and its executive producer endorsement from Don’t Look Up and Succession director Adam McKay. This miniseries tracks the growth of the Lakers dynasty in the ’80s, a time when basketball was hardly the massive industry we see today. John C. Reilly leads as Jerry Buss, the man who bought the Lakers and brought showtime to the NBA, and characters like Kareem Abdul-Jabbar (Solomon Hughes) and Magic Johnson (Quincy Isaiah) are major players on and off the court. Winning Time: The Rise of the Lakers Dynasty premieres Sunday, March 6th. 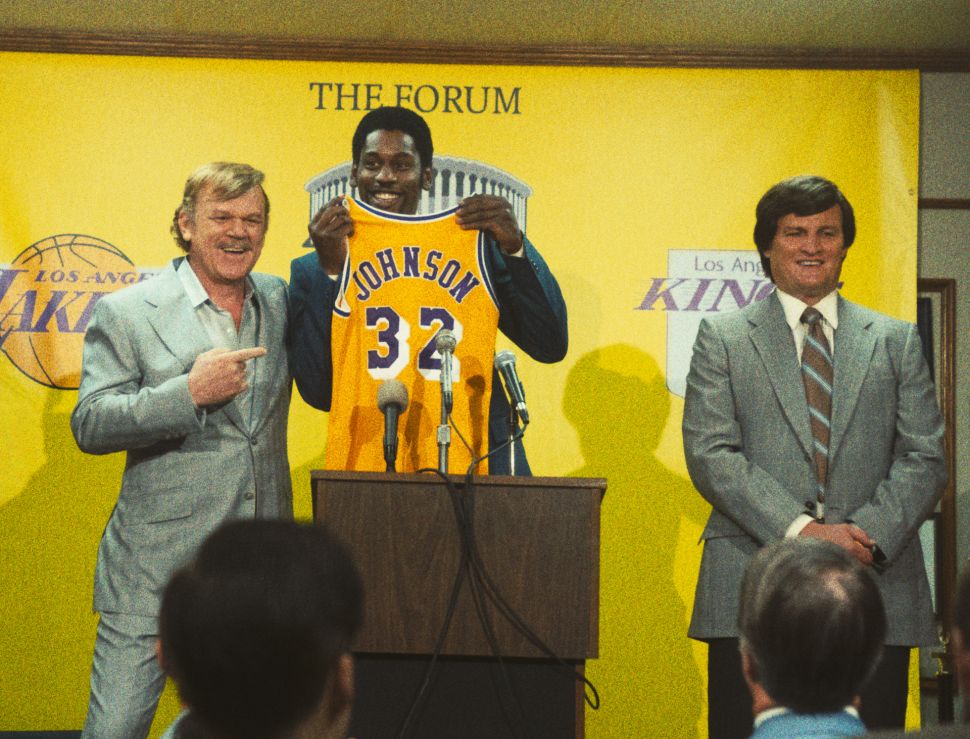