Between big new movies like The Batman and pop culture events like the Oscars, March is a month with plenty to offer. That being said, there are also lots of movies that will only be available for this month, only to be whisked away by another platform or disappear for a few months (or years) once April starts. Our advice is to watch these movies while you can, whether they’re relevant for their director or their franchise ties, and keep an eye out for other expiring titles.

A true modern British classic, Howards End encapsulates everything you tend to think of when you hear the words “period piece.” There are great actors like Anthony Hopkins, Helena Bonham-Carter, and Emma Thompson (who won the Oscar for her role), some superbly sumptuous production design, and, of course, it’s all based on a classic English novel. That’s not to say Howards End is some kind of stuffy old movie; no, it’s still a riveting family drama with insightful investigations of gender and class. The last day to watch Howards End is Tuesday, March 15th.

Bright Star is a movie I always make time to watch when I find it on streaming. Written and directed by The Power of the Dog filmmaker Jane Campion—though a bit less focused on sexual repression and toxic masculinity—Bright Star tells the tragic story of Romantic poet John Keats and the love of his life, Fanny Brawne. A gorgeously imagined period romance, it emphasizes poetry, nature, and wondrous costume design, but its moving story stays with you long after the screen fades to black. Bright Star is available to stream until the end of the month.

If The Batman has gotten you excited for all things Caped Crusader-related, then be sure to binge the iconic Batman films from the late-’80s and ’90s. Though the new movie seems to fall closer to the Tim Burton end of the spectrum, you can never go wrong with having a bit of fun with the Joel Schumacher-directed Batman Forever and Batman & Robin. And, though Burton’s Batman was a great blueprint for every Batman movie since, Batman Returns still might just be the best one ever made (the jury’s still out on whether Zoe Kravitz trumps Michelle Pfeiffer’s pitch-purrfect Catwoman). All four films are available to stream until the end of the month.

A jukebox musical set in 1900s Paris! Copious amounts of glitter! The best Nicole Kidman performance of all time! Moulin Rouge! has it all, and then some. This fantastic, bombastic movie follows the blossoming romance between Kidman’s Satine, a burlesque performer and courtesan, and Ewan McGregor’s starving artist, Christian. Pulled apart by what each of their situations require—practicality and romance—the two lovers make quite a show, both on and off the stage of Paris’ famous Moulin Rouge. Director Baz Luhrmann has never been so marvelously maximalist, making Moulin Rouge! quite the late-’90s, earily-’00s classic. Moulin Rouge! expires at the end of the month.

Though The French Dispatch dug up new wells of creativity for American auteur Wes Anderson, Moonrise Kingdom remains his dreamiest film. This coming-of-age dramedy tracks the summer romance between orphan Sam, aged twelve, and introverted but aggressive Suzy, also twelve. The two run away from summer camp and home, respectively, and into the wilderness, off to live a life full of fishing and reading. The whole movie is drenched in a warm, nostalgic kind of sepia, and Anderson’s visuals remain imaginative and interesting on this sun-soaked summer getaway. Moonrise Kingdom is available to stream until the end of the month.

Who doesn’t love gorging themselves on ’80s horror movie gore? Both The Evil Dead and Evil Dead 2 are absolutely gushing with blood—but in a fun way. This classic tale of demonic possession at a cabin in the woods combined a slew of horror tropes in new and inventive ways, and director Sam Raimi’s sharp eye has kept these low-budget B-movies on the map for film buffs for nearly four decades now. Cheap but not chintzy, camp but not corny, these movies are sickeningly fun. The Evil Dead and Evil Dead 2 expire at the end of the month.

The King of Staten Island

Whether attached to Ariana Grande or Kim Kardashian, Pete Davidson has made a name for himself as a pillar of pop culture. In The King of Staten Island, he proves himself worthy of such name recognition. Davidson stars as a version of himself, a high school dropout living with his mom and sister on Staten Island. His firefighter father passed when he was just a kid, and now he battles constant chronic illness—both mental and physical. Sometimes things get bleak (and the comedy remains black), but the movie is a fascinating reflection of a curiously famous man. You can watch The King of Staten Island until the end of the month. 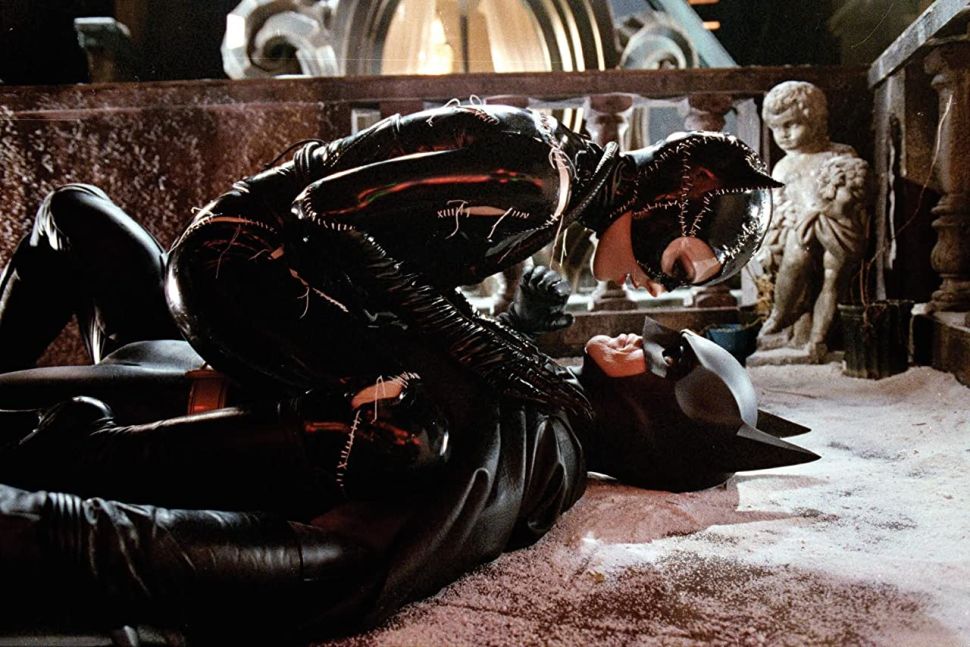