A day after a federal judge in Florida said the U.S. government couldn’t require airline passengers to wear masks, the four biggest airlines dropped their masking requirements. Delta Airlines celebrated the news by comparing Covid to a seasonal virus.

“We are relieved to see the U.S. mask mandate lift to facilitate global travel as COVID-19 has transitioned to an ordinary seasonal virus,” Delta said in its initial statement. After criticism from health experts, Delta later changed its messaging to refer to Covid as “a more manageable respiratory virus.”

Delta did not respond to a request for comment.

MISINFO BY DELTA AIRLINES—This statement by @Delta that #COVID19 is now an “ordinary seasonal virus” is wrong. My source says that Delta did not consult with its senior medical advisor before releasing this misinformation. Hope Delta will correct ASAP!

The removal of the mandate does not mean that Covid is no longer a concern, said infectious disease specialists and public health experts.

“With the virus still circulating widely in many places in the world, the potential for ongoing transmission and emergence of new impactful variants remains a very real and unpredictable possibility,” said Egon Ozer, director of the Center for Pathogen Genomics and Microbial Evolution at Northwestern University.

It’s understandable why airlines might welcome the end of mask mandates, said Edward Nardell, a professor of medicine and global health at Harvard.

“We’ve been in a partially maskless situation for a long time and been able to remove our masks for eating and drinking,” said Nardell. “I felt bad for airline agents having to fight with passengers to put a mask on and then tell them ‘here’s a drink, you can take the mask off.’ That’s been a hole in masking on airplanes all along.”

The ongoing risk of long Covid

Delta’s statement also emphasized the increased availability of vaccines and treatments that could make severe illness less likely even if someone catches the virus while on a plane. But how ill a person becomes when they first contract the virus isn’t the only worry, said Shravani Durbhakula, an assistant professor at the Johns Hopkins School of Medicine.

“Even if people end up with a less severe case because they’ve had the virus already or have been fully immunized, they still might develop long Covid,” Durbhakula said. “I treat a lot of pain patients with long Covid. Now people getting on airplanes will be sitting next to others in close proximity without masks.”

It’s also important to remember that it was a judge who made the decision to kill the mask mandate, not a public health official, Durbhakula said. “That’s concerning.”

Removal of the mandate “was premature,” said Wafaa El-Sadr, a professor of epidemiology and medicine at Columbia University Mailman School of Public Health. “Airplanes or any public transportation in a crowded setting with people whose vaccination status you don’t know, in those contexts it’s a good idea to wear a mask.”

With no mask mandate, air passengers may have a different calculation to make now, El-Sadr said. “Someone who is immunosuppressed maybe should be weighing traveling very differently at this point in time because of their heightened risk,” she added. “For each of us, it’s important to make decisions based on our own risk and how important it is to do an activity.”

Given the speed with which they dropped their mask requirements, airlines seem to be betting that most passengers are eager to be done with them. Yet many travelers are reluctant to fly without masks, and  it’s not clear yet whether the decision will encourage more travelers to fly or convince more to hold off on air travel for now. 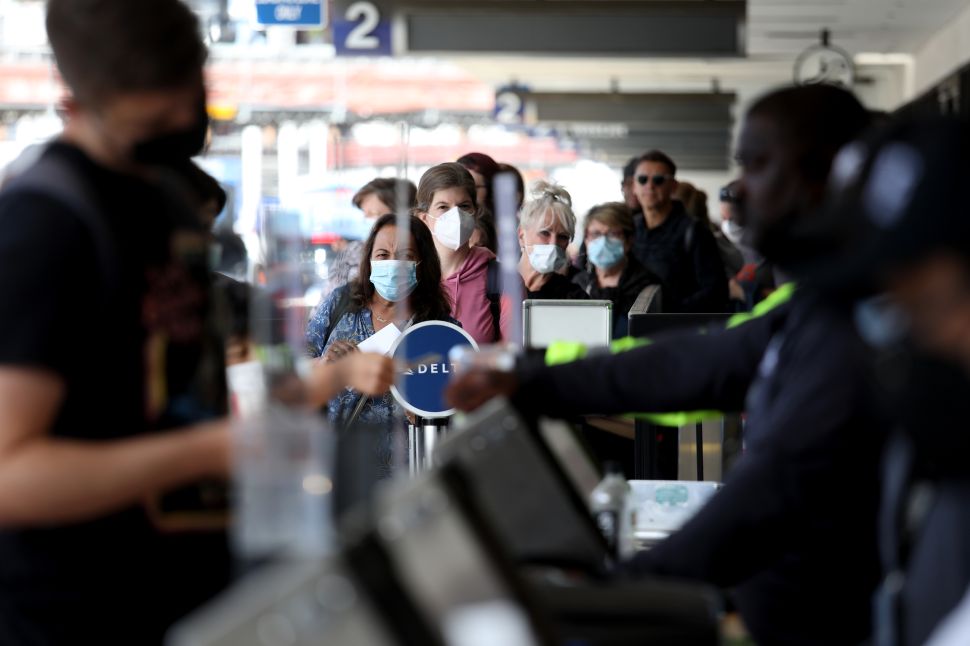