Amazon union leader Christian Smalls waits as workers make cast their vote over whether or not to unionize, outside an Amazon warehouse in Staten Island(Photo by ED JONES/AFP via Getty Images)
By Observer Staff • 04/01/22 1:56pm

Investors do not appear to believe that unionization is a major threat to Amazon’s business. As warehouse workers on New York’s Staten Island voted to unionize on Friday, Amazon’s stock was slightly up as of midday trading.

The Staten Island vote, which carried for unionization by about 500 votes, represents the first time that unions have been formed in an Amazon workplace. The organizing effort was conducted by an independent group of workers who raised money through crowdfunding. Last year, workers in an Amazon warehouse in Bessemer, Alabama voted against unionizing, but the National Labor Relations Board ruled that Amazon had improperly interfered with the organizing effort. A redo of that election seems like it will end with a narrow rejection of unionization.

The union victory on Staten Island seems likely to inspire more union efforts. Amazon has been much scrutinized for intimidating tactics aimed at keeping unions out of its workforce.

The Staten Island facility, known as JFK8, employs about 9500 workers. A second Amazon facility on Staten Island, known as LDJ5, is scheduled to hold a unionization vote later this month. 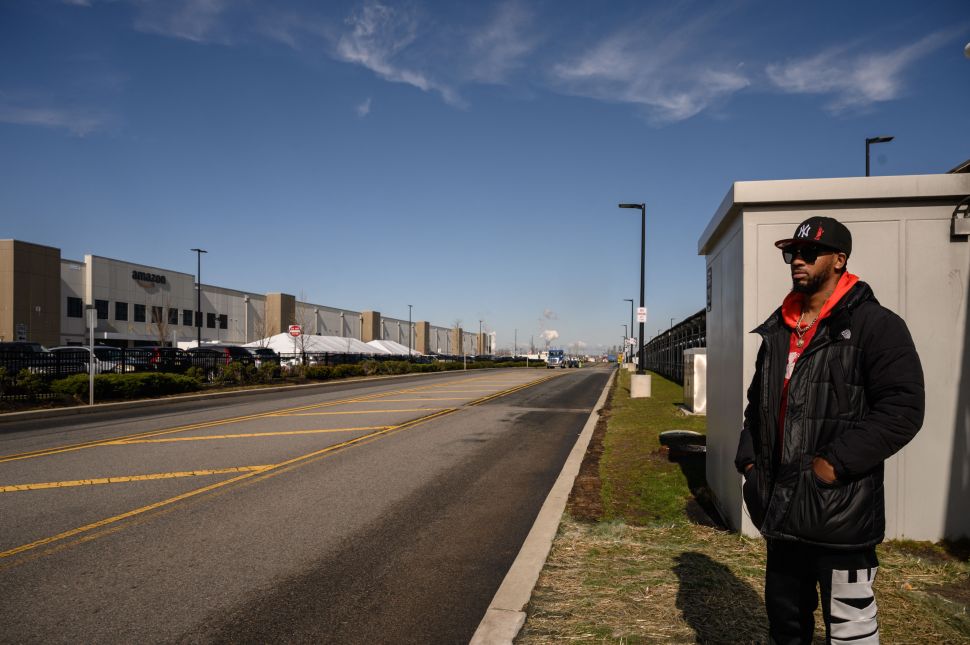