This article was published first in FIN, the best newsletter about fintech. Sign up here.

Maybe it’s the proximity to tax season (in both the US and UK), but April thus far has seen a frenzy of regulatory action around cryptocurrency on both sides of the Atlantic. By our count, no fewer than five government agencies in the UK and US spoke out this week about setting rules for crypto. Speaking this week at London’s Innovate Finance Global Summit, the UK’s Economic Secretary to the Treasury John Glen let the world know that legislation on stablecoins and other crypto is imminent. Stablecoins are to be brought within the UK regulatory framework, paving the way for their use as an authorized payment method, and the government will create a regulatory “sandbox” for fintech innovation.

Glen was very quick to frame fintech as an issue of British economic growth and leadership, and his government as its champion:

Year-on-year investment growth in UK fintech was up more than 200% in 2021. We’re the leading European fintech hub… and second only to the U.S. worldwide….If there is one message I want you to leave here today with, it is that the UK is open for business – open for crypto businesses.

On the same day, Jessica Rusu of the Financial Conduct Authority announced a new program called “Innovation Pathways,” which, she promised

will provide bespoke regulatory support to firms with innovative business models that want to deliver positive innovations and consumer outcomes in the market. There will be a greater focus on sharing insights into our data and the support provided to firms.

While of course these are still proposals and not yet law, many are hailing them as regulatory breakthroughs. One attorney went so far as to say that the date of the speeches “may come to be seen as a pivotal turning point for the future of cryptoassets in the UK.”

Later in the week, US Treasury Secretary Janet Yellen delivered a speech on regulating digital assets, almost certainly the most detailed remarks a US government official has ever made on the topic. In contrast to her UK counterparts, Yellen focused much more on the potential systemic risk posed by cryptocurrency. Citing the 2008 financial meltdown, she asserted that “when regulation fails to keep pace with innovation, vulnerable people often suffer the greatest harm.”

Yellen insisted that the idea of crypto affecting financial stability is not merely hypothetical. While she didn’t name it, she alluded to the June 2021 run on the Iron Finance stablecoin. Following a huge run-up in the coin’s price, several large holders sold at the same time, initiating a panic selling wave, and causing nearly $2 billion of losses to investors, including Mark Cuban, a prominent backer.

Yellen said next to nothing about the importance of making the US a crypto hub, although she did spell out the principle of a “tech neutral” regulatory approach. That is, government should regulate according to risks and activities, not according to a specific technology. In many cases, Yellen noted, government agencies already have the authority to regulate aspects of cryptocurrency activity, which helps to weed out some of the worst behavior.

If people are breaking the law and exploiting the interests of others, they should be held accountable. To the extent there are gaps, we will make policy recommendations, including assessment of potential regulatory actions and legislative changes. Continuing to update and improve our regulatory architecture will support US economic competitiveness and reinforce leadership in the global financial system.

That same day, as if on cue, the Federal Deposit Insurance Corporation (FDIC) issued a letter to its member banks, telling them that they need to inform the agency if they plan to engage in any crypto asset activity. Here, too, the emphasis was on risk, not merely to consumers, but to the financial system as a whole:

On April 8, acting comptroller of the currency Michael Hsu delivered a thoughtful speech on the ideal architecture for stablecoin regulation. Hsu’s speech was less strictly prescriptive than Yellen’s, but he also addressed details that will inevitably emerge as stablecoins continue to evolve. For example, Hsu asked whether stablecoins will or should ultimately be “interoperable.” That is, right now the largest stablecoins—such as Tether or Solana—exist on multiple blockchains. But a holder of, say, a Tether coin native to the Ethereum blockchain cannot use that token on the Tron blockchain, and vice-versa. Perhaps such radical decentralization is a virtue, but regulators need to anticipate a scenario in which stablecoins are more fungible than they are today.

It is of course progress to have government leaders who understand crypto technology; too often in the Trump administration, regulators seemed to want to sidestep these issues. But what, exactly, is going to happen? The UK’s parliamentary system more or less guarantees that the legislation Glen described will become law. The US picture is much muddier. There are some interesting legislative proposals out there. In February, Congressman Josh Gottheimer (D-NJ) released a draft of the Stablecoin Innovation and Protection Act of 2022, which would specifically state that a stablecoin is not a security or a derivative. The bill would allow stablecoins to be issued only by a bank or a “non-bank qualified stablecoin issuer” that would be required to back its coin with at least 100% reserve assets in US dollars or securities such as US treasuries. All of this would be overseen by the Office of the Comptroller of the Currency (OCC).

That is a very plausible approach, but it doesn’t address the broader jurisdictional gaps that have stymied a coherent approach for years. For example, there are bound to be people at the Securities and Exchange Commission and FDIC who do not want to cede all the authority to OCC. It’s also far from clear that any crypto regulation bill is a political priority for the Biden administration in an election year that seems likely to wipe out Democratic control of the House.

The other outstanding issue is whether and how the US government will itself enter the stablecoin game. In late March, Congressman Stephen Lynch (D-MA) introduced a bill that would create “e-cash,” which it defines as

an electronic version of the United States dollar for use by the general public that replicates and preserves the privacy, anonymity-respecting, and minimal transactional data-generating properties of physical currency instruments such as coins and notes to the greatest extent technically and practically possible.

The e-cash proposal is separate from the more-discussed idea of a central bank digital currency; the proposed digital dollar would be controlled by the Treasury Secretary, not the Federal Reserve. All of this is fun to think and write about, but the question remains whether political purpose will congeal around any particular approach before next April rolls around. 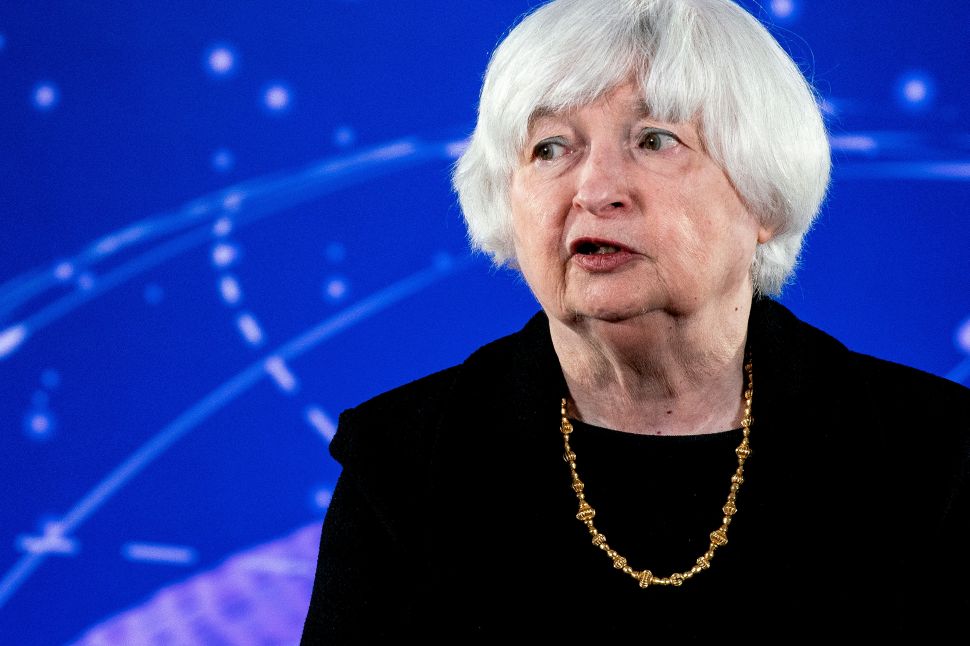