Conductor Jonathon Heyward, a rising star in Europe and Chief Conductor of the Nordwestdeutsche Philharmonie in Germany, is making his North American debut, with a cross country tour that will include stops in Atlanta, San Diego, Baltimore, and soon Louisville. Heyward is collaborating with the Detroit Symphony Orchestra during their performances in neighborhood concerts outside of Detroit.

Sprightly and light on his feet behind the podium, Heyward performs an engaging and idiosyncratic dance with an orchestra. Springing off his heels and conducting with his entire body, he moves through a piece of music while throwing glances of wide-eyed surprise or barely concealed giddiness into the pit. Born in Atlanta, Georgia and raised in Charleston, South Carolina, 29-year-old Heyward spent his twenties in Europe, where he attended the Royal Academy of Music’s orchestral conducting master’s program in London. Before graduating, at the age of 21, he was the youngest ever semi-finalist at the Blue Danube International Opera Conducting Competition. In 2015, he won the 2015 Besançon International Conducting Competition, and his first job out of school was as Assistant Conductor of the Hallé Orchestra in Manchester, where he worked for three years before becoming Chief Conductor of the Nordwestdeutsche Philharmonie.

Heyward’s parents were music lovers, but not lovers of classical music. They ran a diner in Charleston where his father was the chef, and his mother ran the front of the house. They listened to jazz and classic rock, but classical music was a far reach for Heyward until picking up the cello in the 5th grade. His career in classical music began when he was picking out an instrument to play in elementary school.

“I was meant to go pick up the violin but there was a line out the door and I was a very impatient little ten-year-old,” Heyward told Observer. “I wanted to go home, so I noticed no one was in the line for cellos so I just went in line, and picked up an instrument much bigger than myself, to my mother’s surprise.”

He was a relative latecomer to the cello, since most professional cellists start much younger than ten; however, he very quickly developed a passion for the instrument and for classical music. The idea of playing music professionally grew on him, inspiring him to apply to the Charleston County School of the Arts, where he started in the 6th grade. It was here, while in middle school, that Heyward had his first opportunity to conduct. As an 8th grader, a substitute teacher picked his name out of a hat to conduct his middle school string orchestra when their regular teacher was out for the day. “I was terribly shy, really didn’t like the idea of being in front of my colleagues,” Heyward told Observer. Nevertheless, the experience stuck with him. He fell in love with score study. He was fascinated with seeing how all the musical parts interacted on a single piece of paper. In high school, a sympathetic teacher gave him many more opportunities to conduct. “Of course, I had no idea what I was doing,” Heyward told Observer, “But I was able to have this amazing four years of having a playground in which I was able to experiment.”

After these formative experiences conducting in high school, he felt that he needed more time on the other side of the podium as a musician in the orchestra. He decided to study for four years as a cellist to understand what it takes to be in an orchestra. At the Boston Conservatory of Music, to which he won a scholarship, he studied cello. However, conducting continued for him after he saw his first opera when the conservatory’s opera department put on Don Giovanni. Afterwards, Heyward messaged the department’s music director and asked him if he needed an assistant. It turned out that he did. This became Heyward’s first ever conducting job.

After his two years at the Royal Academy, three years at the Hallé Orchestra, and one year as Chief Conductor of the Nordwestdeutsche Philharmonie, Heyward has an enormous amount of experience for someone so young. As a young conductor, Heyward is outward looking and enthusiastic about the future of classical music. Retaining a young person’s energy and enthusiasm (he described his first time conducting a professional orchestra as being “like getting the keys to a Porsche”) Heyward is invested in making sure that classical music has a real future post-pandemic. To protect and preserve music, however, he believes that it needs to be more inclusive, relatable, and community oriented.

“Gone are the days where we should always be expecting people to come to us,” Heyward told Observer. “We really have to bridge that gap and bridge that sense of community.” Bringing in new audiences, for Heyward, is about meeting people where they are and programming music that an audience can connect with. To this purpose, this summer Heyward will be performing in a four-concert tour with the Detroit Symphony Orchestra, where they will perform in arts centers, churches, and community venues in townships outside of Detroit.

Classical music, according to Heyward, with the right programming, is “better than a Netflix series.”  Sometimes, “There’s a sort of freeze and a pause where it kind of takes people’s—everyone, including the orchestra and the audience—breath away. That’s always a moment where I feel, ah, that’s great—that moment where we’re all collectively absorbing this music.”

Heyward brought his collaborative and inclusive style of conducting to Baltimore where he performed with the Baltimore Symphony Orchestra on March 11, 12, and 13. He will return to the States in July for the Detroit neighborhood concerts and a performance at the Grant Park Music Festival. 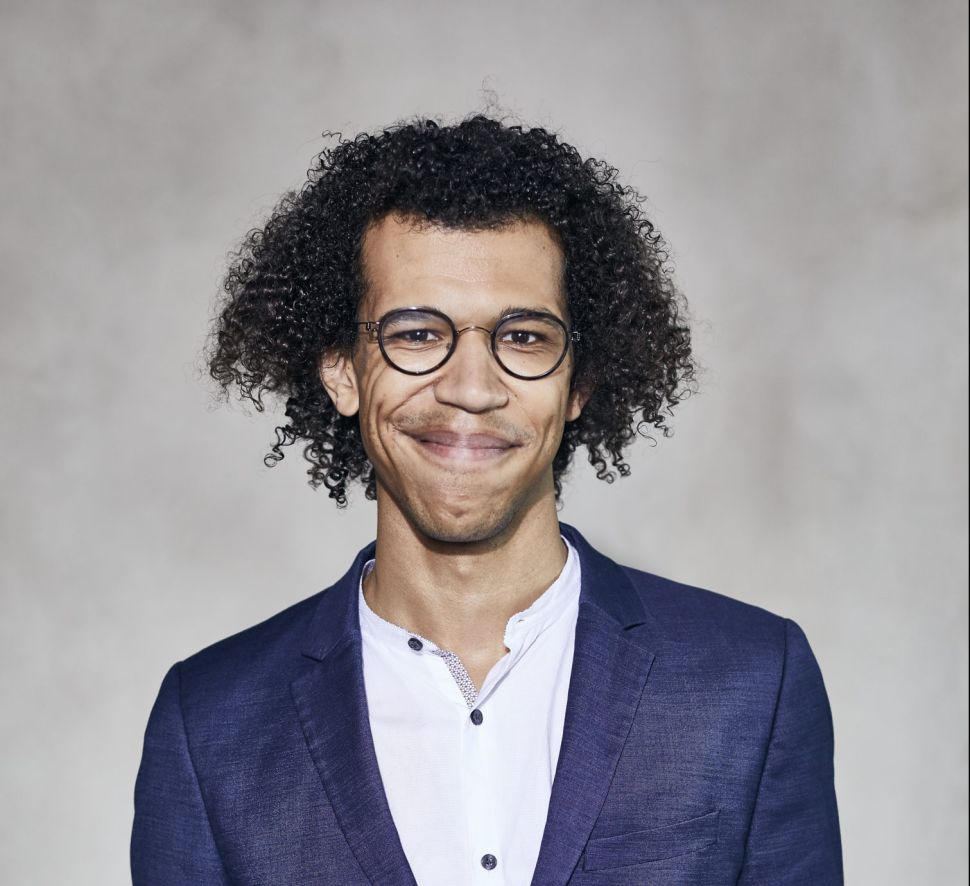