Shortly after Elon Musk offered to buy out Twitter and take it private on April 14, Saudi Arabia’s Prince Alwaleed bin Talal, a major shareholder of the social media company, said he disapproves of the takeover.

“I don’t believe that the proposed offer by Elon Musk ($54.20 per share) comes close to the intrinsic value of Twitter given its growth prospects,” Prince Alwaleed tweeted Thursday afternoon.

Musk’s offer represents a 38 percent premium over Twitter’s share price before the Tesla CEO disclosed his investment in the company.

Prince Alwaleed’s investment firm, Kingdom Holding Company, is an early investor in Twitter. It first acquired shares in 2011 and raised its stake to 5.2 percent in 2015, making the prince the second largest shareholder of the social media company at the time.

His rank dropped after Musk acquired 9.2 percent of Twitter in March and became its No.1 shareholder.

Musk responded to Prince Alwaleed’s rejection with a jibe at Saudi Arabia’s repression of speech. “What are the Kingdom’s views on journalistic freedom of speech?” He commented under Alwaleed’s tweet.

In a separate tweet minutes later, Musk said the decision over Twitter’s fate should be up to its shareholders. “They own the company, not the board of directors,” he tweeted.

Then, Musk launched a 24-hour Twitter poll asking his 81.7 million followers whether they agree with him.

Interesting. Just two questions, if I may.

How much of Twitter does the Kingdom own, directly & indirectly?

What are the Kingdom’s views on journalistic freedom of speech?

Absolutely. It would be utterly indefensible not to put this offer to a shareholder vote. They own the company, not the board of directors.

Prince Alwaleed is known for his large stakes in a number of U.S. companies and close relationships with American business moguls, including Rupert Murdoch and Bill Gates. His net worth was estimated at $18.7 billion in 2017, according to Forbes. Prince Alwaleed dropped off Forbes’ billionaires list in 2018 following his arrest by the Saudi government amid Crown Prince Mohammed bin Salman’s anti-corruption purge in late 2017.

Taking Twitter private at $54.20 should be up to shareholders, not the board 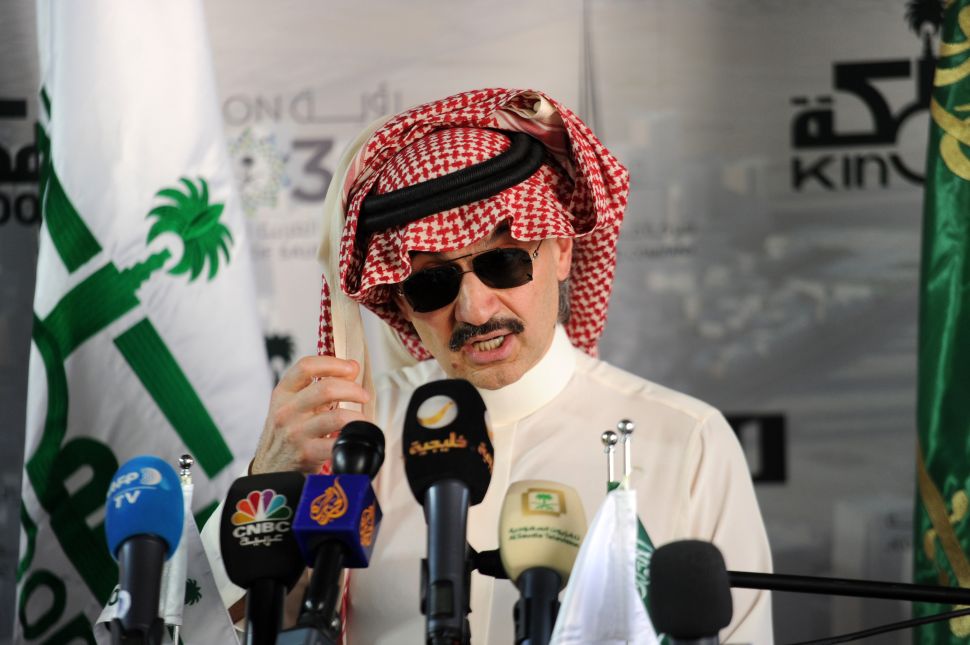