Ilana Yacine Harris-Babou’s work challenges idealized notions of consumerism and wellness culture. The multimedia artist creates complicated, funny, absurd pieces that seek to further articulate and unpack larger ideas of identity and race while also giving the viewer a familiar framework to latch onto. Harris-Babou’s art reveals complex paradoxes about the world we live in today, providing vital commentary on it.

Harris-Babou’s studio practice consists of several different elements including video, ceramics, sculpture, collage, performance, and installation. While grounded in video, her practice involves a lot of moving parts. Harris-Babou can often be found working on a number of projects simultaneously. I spoke to the artist twice in the span of the month over January and February 2022. She had recently returned from a three-week trip to Senegal and was in the process of setting up her new studio on the campus of Wesleyan University where she has recently taken a tenured track position.

Currently she is busy creating new work, re-editing work, getting ready for several shows, and of course, teaching. When it comes to her own studio practice, Harris-Babou tends to do a number of things in her space and likes to jump between video editing, reading, answering emails, and other activities.

She described it this way to Observer ”I wish I was a person who had cut out my really distinct, sacred studio time that was separate from everything else but I’m mainly just kind of hopping between every kind of task when I’m there. So I’m doing some reading for teaching and then I’ll move stuff around and collage. Then I’ll send an email and then do a little thing for a sculpture event, so I don’t really cut out the designated studio time that’s separate from everything else that’s going on in my life.”

Currently she is splitting her time between Brooklyn and Connecticut. Harris-Babou received her undergraduate degree from Yale University so in some ways her new appointment at Wesleyan is a reunion of sorts. She has previously taught at Williams College and other institutions. Born and raised in Brooklyn, she received her MFA from Columbia in 2016. Since then she has been making a name for herself within the art world.

As a visual art professor, she has found that teaching has been able to give her a chance to revisit various concepts, ideas, and frameworks in a way that has allowed her to become excited again.

“I think also being in the space of learning is really great because you get to share what you’re so excited about when you first started making it with other people, and see them get excited…You just need a little bit of perspective, like seeing someone see the same ideas for the first time again. To remember how the whole thing is, such a wild, crazy, exciting adventure that we’re lucky to be spending time with all around our lives making art,” she expresses.

Her latest bodies of work created during the pandemic centered around wellness culture and larger issues of race, identity, nutrition, colonialism and diaspora, while also unpacking larger issues of whiteness within wellness culture. This stems from themes she has been exploring in these realms over the last several years. Her most recent videos and installations are broadly unpacking the larger community surrounding the polarizing wellness figure Dr. Sebi and how these communities more largely are formed and function. For Harris-Babou, Dr. Sebi became a kind of decentralized incon through which she could explore wellness culture.

She explained it this way, “I think I’m less and less interested in Dr. Sebi specifically and more just the communities that are formed around these particular ideas…as a focal point for the sorts of things like Facebook groups and communities that people form, looking for another way of living or looking for autonomy, bodily autonomy as Black people in the world.”

Dr. Sebi aka Alfredo Bowman, a controversial self-proclaimed healer, was born in Honduras, in 1933 and came to be known as a cult-like figure who created an ethos around himself and a wellness empire he was building for several decades. Bowman claimed that with a plant-based alkaline diet, and herbs all disease could be turned. In 1985, he stood trial in New York state and was charged with practicing medicine without a license. His wellness business thrived during the 1980s and 1990s boasting locations in LA, NYC, and even in Honduras and at one time he had celebrity clients such as John Travolta and Lisa Left Eye Lopes.

Harris-Babou specifically looks at how wellness functions through the lens of Dr. Sebi in In Decision Fatigue and Leaf of Life, in these works she takes on some of the larger tropes of wellness culture she has been thinking through over the last few years. This became more apparent during the pandemic as well when she was thinking about the kinds of communities that often sport up surrounding these kinds of trends.

“I was thinking more explicitly about looking for other kinds of past venues or images of what it means to be well and who gets to be well in this society. I was also thinking about the impact of the virus (COVID-19) on people in my family and things like that. That’s what led my sister to try out that same diet  at the same time too and then led me to look into it. So that felt like kind of a direct throughline for me, that path that led me to that community,” she said.

These family collaborations in her work add another layer of complexity to the subject matter while also giving it more depth and sensitivity to the subject matter and her humor and often absurd take on complicated issues. Using Dr. Sebi as a springboard for wellness, Harris-Babou is thinking through what he was able to create, what people took from it, but also who gets to be well and what that often looks like within popular culture today and how Dr. Sebi functioned as an alternative.

These most recent bodies of work also served as the basis of two survey shows that took place in the span of a year, a huge feat for someone at any age and especially for Harris-Babou who was 30 at the time. The first was held in the summer of 2021 at the Kunsthaus Hamburg entitled Wholesome Fun in Germany was her first solo exhibit in Europe. Running at the same time, Tasteful Interiors, was another early survey at the University of Tennessee Chattanooga of the artist’s work.

After the whirlwind of these two simultaneous shows, Harris-Babou is now gearing up to make new work and teach. In March, she debuted a video through the High Line Channel. On May 4, Harris also has a screening of her latest video Leaf of Life along with other work Triple Canopy and Electronic Arts Intermix followed by a talk with her and writer and researcher Yasmina Price. She is also gearing up for several group shows that will take place in the summer and fall including 52 Artists: A Feminist Milestone curated by famed art historian Lucy Lippard opening at Aldrich Contemporary Art Museum in Connecticut on June 6. 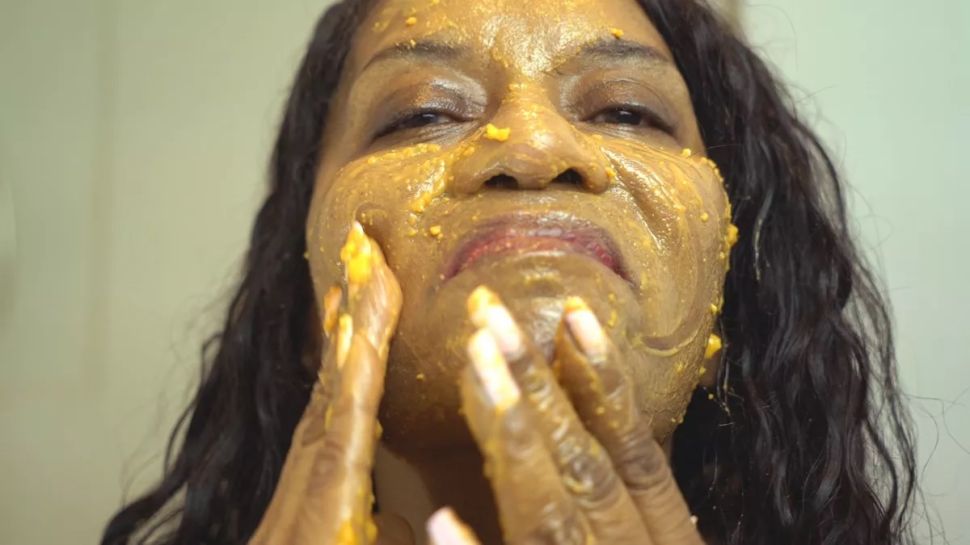