Overheard last night during intermission at BAM’s newly renovated Harvey Theater, a middle-aged matron speaking into her cellphone: “You’re not going to believe this, but James McAvoy is so sexually arousing that the entire theater wants to go to bed with him. . . . Yes! Men, too.”

What’s amazing about the undercurrent of eroticism that McAvoy has conjured up is that he is playing a hopelessly romantic but achingly internal Cyrano de Bergerac, Edmond Rostand’s poet-soldier who’s long on nose and eloquence. Audience empathy is inevitable with this sad, vulnerable man who uses his own words to match-make his true love with a tongue-tied suitor.

This British import, playing the Harvey through May 21, was originally staged in 2019 and recently revived in London prior to runs in Glasgow and, now, Brooklyn. It has won raves every step of the way, primarily because it insists that we look at an established classic in a new way.

The architect of this reimagined Cyrano is 39-year-old Jamie Lloyd, working from a radical rewrite of Rostand by Martin Crimp. This is not the first Cyrano Lloyd has brought to town. A decade ago, he directed a traditional Cyrano, with Douglas Hodge wearing the large nose.

“In many ways, this production is sorta based on unfinished business because of that version,” Lloyd admits. “I thought there was something else—something unexpected—to be done to the story. There are certain things we expect with a production of Cyrano—elaborate costumes, the swash-and-buckle and, of course, the big prosthetic nose. But what if we take the nose away?

“We still refer to the nose, and he still talks about it, but it is just not physically presented. The nose is in the imagination. That taps into all of our insecurities. We all have a metaphorical nose. There’s always something holding us back. We have this obsession, as human beings, that we need to be approved of by others, affirmed by them. What they think of us is important to us.”

Removing the burden of the oversized nose led Lloyd to a stripped-down-to-basics production. “The play is interesting on a deeper, human level if it’s not about a big prosthetic. If the nose is in the imagination, then everything else is in the imagination. You don’t need costumes, props, big decorative sets. You take all that away, and then it really puts the emphasis on language.”

A love of language is what Cyrano was always about—even more so now. “At one point,” Lloyd says, “a character paints a sentence on the wall—‘I love words, that’s all’—which is a line Cyrano says later on in the play. That’s the defining idea of this production: the words are everything. In a world where characters are obsessed with language, the use of language can be very dazzling and exciting or it can be deceitful and damaging. That’s explored fully in this version of the play.”

Adapter Crimp is an enthusiastic accompanist in this re-thinking. “He’s what we would call in the U.K. ‘very big in Germany,’” Lloyd explains lightly. “He’s an experimental playwright, who plays with form in an interesting way. It’s always unexpected. It’s never completely naturalistic.

“The brilliant thing about Martin is that he’s fluent in French so he was working from the original French text. He was having a direct conversation, across centuries, with the original playwright. I think that gave him confidence to do his own thing. His verse is so impressive. Sometimes, you just want to close your eyes and listen to the kind of invention of the rhythm and the rhyme.

“And because this cast is full of rappers and hip-hop artists, spoken-word artists and people who are into slam poetry—it often sounds like rap. That’s because the cast has complete ownership of it. What gives it a really exciting, modern interpretation is those 18 cast members in it.”

He now thinks of his previous Cyrano as being on trainer wheels. “I grew in confidence over the past ten years as an artist and just wanted to explore new ways of making theater. Sometimes it works, sometimes it doesn’t. But that’s what we gotta do to tell stories in new and exciting ways. People who go to the theater a lot want to see something new, not someone playing it safe.

Next stop for Lloyd is Chekhov’s The Seagull, which got in four performances before the pandemic shutdown. Emilia Clarke from Game of Thrones will make her West End debut as Nina.

The 2019 revival of Harold Pinter’s Betrayal marked Lloyd’s last Broadway visit. He and his star, Tom Hiddleston, contended for Tony Awards. Pinter is a particular specialty for Lloyd, but then he enjoys directing the established plays and relishes it when he discovers new meaning in them.

In recent years, he has tackled The Ruling Class (with McAvoy), Doctor Faustus, The Duchess of Malfi, Inadmissible Evidence, She Stoops to Conquer, Assassins, Passion and Urinetown.

Yes, he confesses that he is obsessed with the classics, but, more than that, he’s “really obsessed with finding the essence of the classics. They come with such a performance history, such baggage like how they should be performed. If you can get rid of all that, strip it back down to the bare essentials, you can connect more. It’s always trying to get back to the words.” 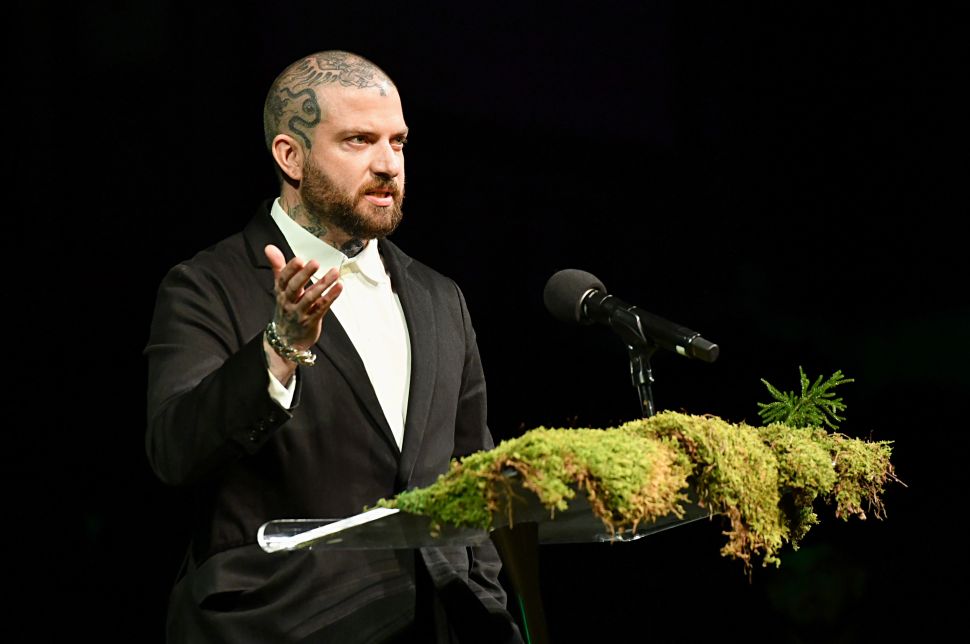