Jeff Bezos, the founder of Blue Origin and Amazon.com, gestures toward a model of the BE-4 rocket engine in Washington, DC. Win McNamee/Getty Images
By Sissi Cao • 04/06/22 6:03pm

In preparation for a possible shortage of satellite launchers in the next few years due to the Russia-Ukraine war, Amazon has booked five years worth of missions to secure rocket access for the company’s Project Kuiper, an ambitious satellite-based internet service that requires the launch of more than 3,200 satellites.

Amazon announced April 5 it has signed up three companies to carry out 83 Kuiper missions over the next five years. The companies include Amazon founder Jeff Bezos’ own space company, Blue Origin; United Launch Alliance (ULA), a joint venture between Boeing and Lockheed Martin; and European commercial launch provider Arianespace. Bezos is shopping at every major rocket maker out there with the notable exception of SpaceX, owned by his longtime rival, Elon Musk.

Amazon is in apparently no hurry to launch Kuiper, and has committed to three rockets that are still under development:

What is Project Kuiper?

Both Starlink and OneWeb have built their initial internet-beaming constellations in low Earth orbit, where Kuiper is also intended to be deployed. Starlink has deployed more than 2,000 satellites in low Earth orbit and signed on more than 145,000 customers globally, while OneWeb has deployed about 400 satellites, still 250 away from the size it needs to begin service.

Now that launch agreements are in place, Amazon plans to send a few test satellites to Earth’s orbit within the next year or so, according to the company.  If those tests are successful, Amazon will deploy at least half the Kuiper constellation, or 1,600 satellites, by 2026.

The Russia-Ukraine War is Creating a Launch Crisis

The type of rockets Amazon needs to launch Kuiper satellites belong to a category known as “medium-lift” launch vehicles. American and European space companies operating in this sector of the industry rely heavily on Russian and Ukraine resources, from full-service launch systems to rocket engines and other key components.

For example, two of the most frequently employed rockets in the U.S., ULA’s Atlas V and Northrop Grumman’s Antares, both use Russian-made engines. The Antares rocket also uses a first stage produced by Ukraine’s state-owned aerospace manufacturer, Yuzhmash. Arianspace’s Vega rocket, a workhorse launch vehicle for the European Space Agency, uses an Ukraine-made engine that powers its upper stage.

The war has also paralyzed other parts of the space supply chain. Under the U.S. and E.U. sanctions, ULA, Northrop Grumman and Arianespace are prohibited from importing components from Russia. And most manufacturing activities in Ukraine have been halted as Russian forces tear through the country.

“Basically, medium-lift launch vehicles just disappeared overnight,” said Peter Beck, founder and CEO of Rocket Lab, a company making small- and medium-size reusable rockets. Rocket Lab is the only rocket maker in the U.S. other than SpaceX that doesn’t use any Russian or Ukraine components.

Beck anticipates the demand for medium-lift launchers to peak around 2024-2026 as constellation projects like Kuiper plan to deploy satellites in large quantities.

“There was always going to be a bit of a launch crunch in that time frame. But now, I would say it’s a launch crisis, because you are launching hundreds and, in some cases, thousands of spacecraft,” Beck said.

Amazon’s choice to launch Kuiper satellites with Blue Origin and ULA’s and Arianespace’s newer rockets shows a clear intention to avoid any reliance on Russian or Ukraine technologies.

Arianespace’s Ariane 6 rocket is powered by an engine called Vulcain, built by contractors in France, Italy and Sweden. 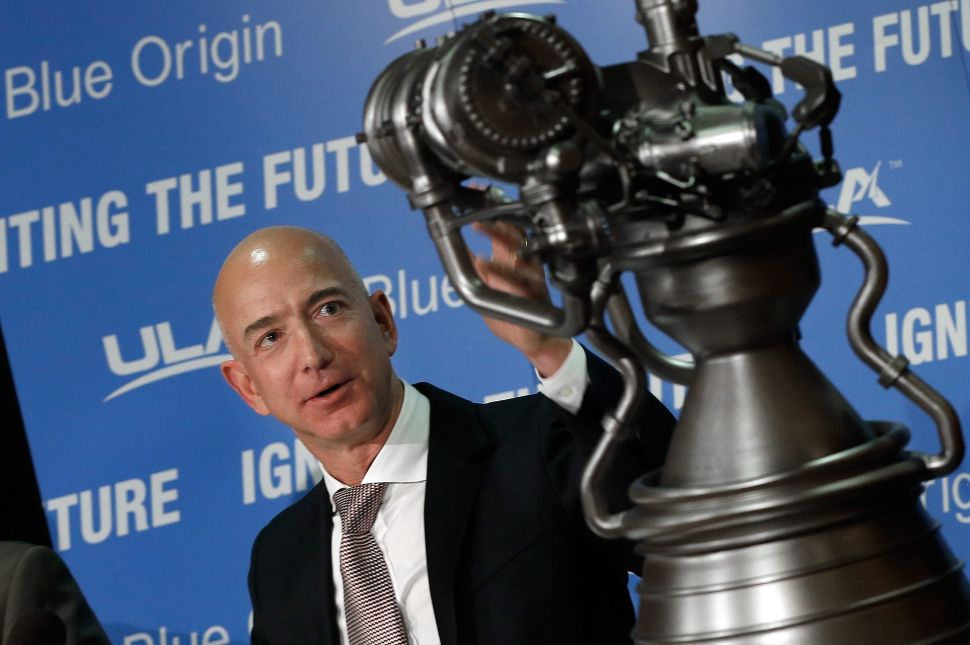