Lucid Air, a hyped new electric sedan that has barely hit the road, is once again rated as a better car than the popular Tesla Model S and Porsche Taycan, according to U.S. News and World Report, which released its list of 2022’s best hybrid and electric cars April 22.

The 2022 Lucid Air was named the “best luxury electric car” by the publication. Last year’s winner of this award was the Tesla Model Y. This year, Model Y was named winner of the newly created “Best luxury electric SUV” category. Still, Lucid Air outranked Tesla’s Model S in the luxury sedan category. It also stood out from other strong candidates including Porsche Taycan, Audi E-tron GT, BMW i4 and Mercedes EQS.

“Lucid Air brings decent value for what it is: It has good driving range, a heavy powertrain, good handling, etc. It’s been well received in its first month on the market,” said Colin Aylesworth, a senior editor with the U.S. News and World Report’s Autos team.

U.S. News and World Report analyzed 82 electric and hybrid vehicles across eight categories based on price, charging rate, fuel economy (for hybrid cars), and the cars’ score on the U.S. News Best Car Rankings. Within each category, the vehicle with the highest composite score was named the winner. Last year, the publication evaluated 73 vehicles across seven categories.

Lucid Air is the first mass-market vehicle made by Silicon Valley startup Lucid Motors. Although the company has delivered only a few hundred units, the model is rated highly by professional critics. In November, the MotorTrend magazine named it “2022 Car of the Year,” a coveted recognition in the auto industry. The last electric vehicle bestowed this award was the Tesla Model S in 2013.

Lucid Air comes in three versions: Dream, Grand Touring and Pure. The most expensive option, Air Dream, starts at $169,000 before incentives. Air Grand Touring starts at $139,000 and Air Pure starts at $77,400. Both versions are expected to begin delivery later this year.

“Even though its price is high, it’s not the most expensive in this class, which helps it stand out,” U.S. News’s Aylesworth said.

Lucid Air has an EPA-rated range of 451-520 mile from a battery capacity of just 118kWh. That’s nearly twice as efficient as Porsche Taycan and Tesla Model S. 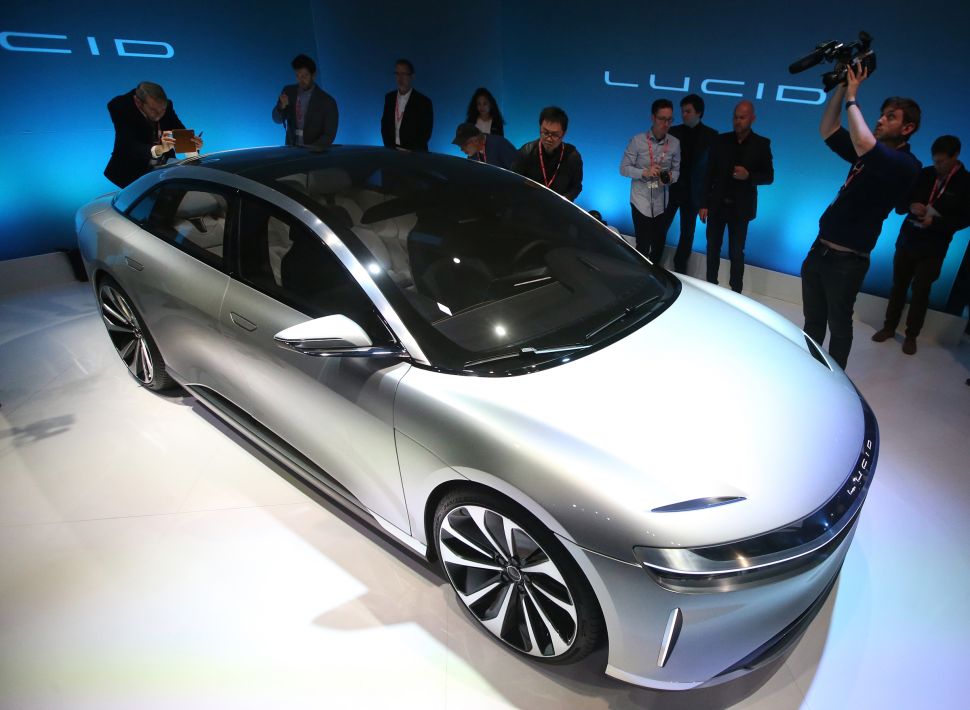