For the first time in twenty years, Actors’ Equity is unionizing a national tour. They have filed with the National Labor Relations Board after conducting a card campaign among actors and stage managers working the nonunion touring production of Waitress. They are currently awaiting a response from their employer, the touring production company NETworks.

NETworks did not respond when reached out to for comment for this article.

According to Equity’s Mobilization Director, Stefanie Frey, the main impetus to unionize the tour was the fact that there are two Waitress tours currently running: one union, the other nonunion. In the nonunion tour, actors and stage managers are making a third as much as the workers on the union tour. Their daily expense allowance on the tour is so low that they are digging into their own savings to pay for food and transportation. One performer is working a day job. Others are going into debt to pay their bills.

Despite the vast gulf between what the workers on the union show are being paid and what the workers on the nonunion show are being paid, the shows themselves are essentially the same. The actors are equally talented and union actors are trained from performance videos from the nonunion show. The shows share props and set pieces. Sometimes they even share performers. Actors who started on the nonunion tour have been moved to the union tour, and even transferred to the Broadway show. According to Frey, the non-Equity show is used as a talent pool: performers are trained and rehearsed on this show while being paid extremely low wages. These exploited workers, having been trained on the non-Equity tour, can then be moved to other productions. This saves time and money on casting and training for the other shows.

This pool of poorly paid but highly trained talent from the nonunion show also helped the Broadway production of Waitress stay open during the Omicron surge.  When performers were testing positive in droves and needed to be sent home, touring performers stepped into their roles and kept the lights on for Broadway.

All these factors raised a lot of red flags for Equity, which has changed its organizing philosophy in the last six years and made a turn towards increased member engagement. Frey told Observer they have “recentered on the worker and how we can help the worker take the power back in their workplaces.”

Equity is organizing this tour in a far friendlier labor climate than anybody’s seen in over a generation. President Biden’s National Labor Relations Board has helped along the tremendous organizing efforts at Starbucks and Amazon, and inspired workers across the nation to organize their workplaces. Frey told Observer that the cast and organizing leaders on the nonunion tour of Waitress were inspired to unionize because of unionizing workers in other industries.

“I think all of us are really empowering each other through our various workplaces even across industries,” Frey told Observer. “We hope that we can inspire someone else that might be thinking about organizing their workplace.”

Showing solidarity for unionizing workers everywhere is both heartwarming and highly strategic: however different these industries may be, when it comes to the anti-union tactics of their employers, these workers are all in the same boat. NETworks, the nonunion touring company, has employed the anti-union law firm, Littler Mendelson in combating their workers’ NLRB filing. This is the same firm used by Starbucks in their union busting campaigns nationally.

It is Equity’s hope that organizing this tour of Waitress will inspire other nonunion tours to unionize. “I’m hopeful that more and more people in our industry will take their power back and realize that just because there’s a lot of workforce available in our industry doesn’t mean that you need to get exploited,” Frey told Observer.

Performers need exposure at the beginning of their careers. They also need to pay their bills. The relatively high salaries and extended runs of Equity tours are a lifeline for actors, and younger performers in particular. In an industry where precarity is the norm, where bouncing back and forth between acting gigs and retail and service jobs is routine, an Equity tour can be your ticket to a degree of career stability. The growth of nonunion tours in the 21st century has eaten away at a chunk of the income for actors and stage managers. Nonunion tours are doubly unjust because tickets to these shows are now nearly as much as tickets to Broadway shows, even while the touring company is spending a third to half as much on the production because they pay their performers and stage managers so little.

According to Gotham Gazette, these productions can remain nonunion while maintaining close relationships with union shows by subcontracting and exploiting legal loopholes. So long as the producer isn’t the producer on the Equity paperwork then a show can run nonunion. Broadway producers are members of the Broadway League and therefore unable to make non-Equity contracts. However, this barrier doesn’t prevent them from forming business relationships with nonunion touring companies. Actors’ Equity member and labor organizer Dana Steer told Observer that many such producers have non-union producing partners through whom they license their show to one of the big touring companies, like NETworks.

Through such loopholes nonunion tours have increased exponentially in the last twenty years. It is because of these loopholes that the union and nonunion productions of Waitress share not just performers but also managers. According to Frey, the producer of the nonunion show is also the general manager of the Equity tour. Organizing this card campaign has allowed Equity a path towards rooting out such shadowy subcontracting among national touring companies.

“The work we do is the same work our friends in the Equity tour do,” said members of the non-Equity tour in a statement issued by Actors’ Equity, “so we are asking our employers why we can’t be treated with the same respect.” These performers attempted to go through management directly to improve their wages and working conditions, but to no avail. They have now turned to Equity in a moment of increased labor activity, to aid them on the road to unionization and just treatment from their employer. 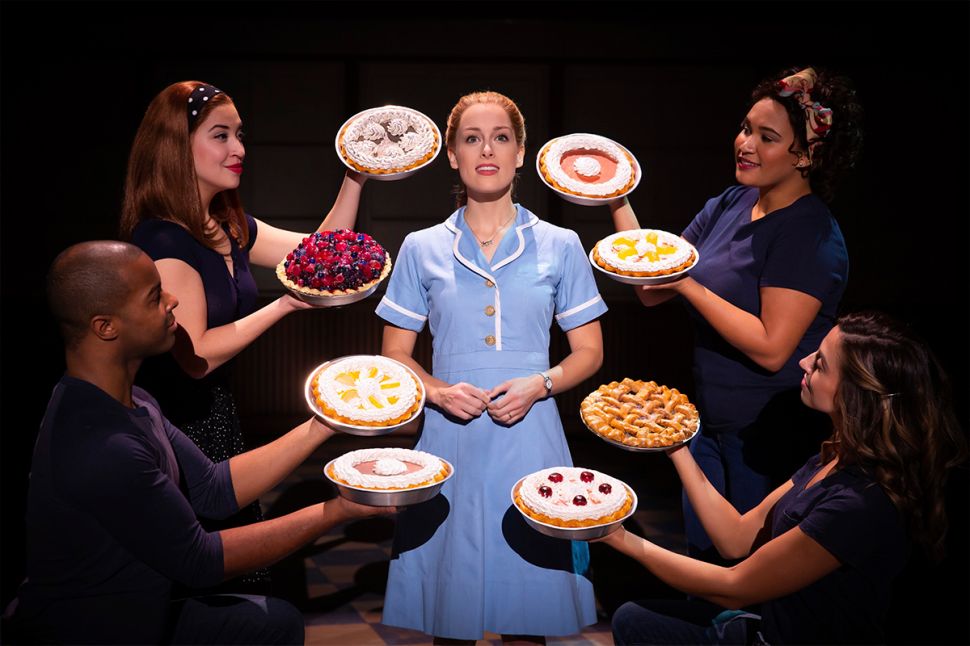