Since it reopened after a February hiatus, the Metropolitan Opera has been on a roll. Although the company has been in the headlines for severing ties with controversial Russian soprano Anna Netrebko, and for a patron shouting out his disapproval during a performance, the real news has been the superior music-making in the Met’s first-ever French-language Don Carlos, and revivals of Ariadne auf Naxos and Eugene Onegin.

Then on Friday it was anything but April Fools’ Day when Patrice Chéreau’s acclaimed production of Richard Strauss’s Elektra returned to the Met for the first time since 2018. At its stark conclusion, the powerhouse diva-pairing of Nina Stemme and Lise Davidsen as the aggrieved daughters of murdered Agamemnon compelled the spellbound audience to unleash a resounding salvo of “bravas!” Seconded by Sir Donald Runnicles’s urgent yet transparent conducting, the two sopranos in top form had Met fans reaching back decades for comparisons.

Chéreau, one of the supreme directors of his generation, finally arrived at the Met late in his storied operatic career which first shook the world when he mounted his controversial production of Wagner’s Ring at the 1976 Bayreuth Festival. Afterward, any Chéreau opera became an event, and a devastating From the House of the Dead in 2009 demonstrated how much the Met had been missing. Elektra, his follow-up, premiered at France’s Aix-en-Provence Festival in the summer of 2013, a co-production between six companies. Unfortunately, Chéreau died several months later at the age of 68. The Met’s version arrived on schedule in April 2016 with Chéreau’s assistant Vincent Huguet in charge of realizing the late director’s vision.

The title role of Elektra is among opera’s most demanding. She’s onstage for nearly all of the work’s 100-minute running time plotting revenge for the murder of Agamemnon by her adulterous mother Klytämnestra. The blood-soaked plot often encourages directors to go for wild and grotesque, but Chéreau’s modern-dress vision, aided by on-stage titles, is far more subtle and low-key emphasizing the complex relationship between three women: Elektra and her mother and sister.

Stemme, who had not participated in the Aix premiere, won a singular success six years ago as the monomaniacal Elektra. The Swede, long one of the world’s most acclaimed dramatic sopranos, has had a spotty relationship with the Met. Her 1990 company debut as Senta in Wagner’s Der Fliegende Holländer came as a replacement for another soprano. She wouldn’t return until six years later: in Ariadne auf Naxos instead of the originally planned revival of Lady Macbeth of Mtsensk. Perhaps to make amends, the Met invited Stemme to spend nearly all of 2016 in New York starring in Turandot and new productions of both Elektra and Tristan und Isolde, all three were transmitted around the world in HD.

Her 2021 engagement as the Färberin in another Strauss vehicle–Die Frau ohne Schatten—was thwarted by the pandemic, so Friday’s Elektra was surrounded by unusual curiosity about Stemme’s vocal state as she’s to turn 59 next month. Her opening monologue gave cause for concern as the soprano seemed to be having difficulty. The usually strong middle voice sounded muddy and her words didn’t always register. Her exultant cries of “Agamemnon” didn’t ring out with the piercing power of old. But from the entrance of Davidsen as her meek sister, Stemme found her (bare)footing and to many ears sounded even better than she had during the Elektra run six years ago.

Perhaps the presence of Davidsen, in her debut as Chrysothemis, challenged Stemme. In her fourth opera with the company, the younger Norwegian soprano found her most Met congenial role yet. As yet an earnest, if unsubtle actress, she exuded an appealingly frightened concern for her obsessed sister and her nervously soaring outbursts perfectly suited her big, bold, somewhat unwieldy soprano. Where some singers tackling Chrysothemis strain to be heard above the enormous, churning orchestra, Davidsen with apparent ease sliced through it like a laser. Though Stemme’s resounding high notes are clearly more effortful these days, their triumphant duet after the double-murder set the Met ablaze.

With these two on fire, Michaela Schuster’s Klytämnestra inevitably made less of an effect. Not the usual over-the-top hag, Chéreau’s dream-haunted queen retains some of her dignity and her intense interaction with Elektra suggested that they may have once been close. In his desire to present a more sympathetic Klytämnestra, a controversial Chéreau touch was to eliminate her hysterical laughing when she learns (erroneously, of course) of the death of her son Orest. Resisting the temptation to squawk, Schuster sang Klytämnestra truly with her modest mezzo soprano and sounded much improved over her previous appearance in this production opposite Christine Goerke in 2018.

The queen’s murder by her son began inside the palace, but Chéreau brings them both back on-stage for her final moments, and her corpse remains there for the rest of the opera. Greer Grimsley’s grave bass-baritone suited the role of the prodigal son better than some of the higher-lying roles I’ve heard him perform recently. His acutely eager response to Elektra’s recognition of him (sung with enveloping warmth by Stemme) proved more moving than those of previous Orests, so his stony exit at the opera’s conclusion ignoring his sisters was then even more shocking.

Having made a notable debut as Siegfried in the Met’s most recent Ring cycles, Stefan Vinke returned as a potent Aegisth. The five serving maids who open the opera are much more present throughout than usual and were particularly well sung this time around with Krysty Swann and Alexandria Shiner each making vivid impressions in their Met debut. In a surprising bit of casting, veteran Hei-Kyung Hong (who first appeared at the Met 38 years ago) demonstrated that her sweet soprano is still in fine fettle.

Currently the general music director of the Deutsche Oper Berlin, Runnicles, who first appeared with the company just four years after Hong, visits the Met far too rarely. His ravishing 2017 Hansel and Gretel remains firmly in memory, while his fiery, propulsive Elektra this season couldn’t have been more different from Esa-Pekka Salonen’s more insinuating, intimate reading in 2016.

The Met has been much preoccupied with Greek myth this season and into next. A welcome revival of Gluck’s Iphigénie en Tauride scheduled for September 2021 proved a COVID-casualty, but Matthew Aucoin’s Euridice made a striking appearance in November, followed by the recent Strauss Ariadne-Elektra pairing. In June Yannick Nézet-Séguin will lead Joyce DiDonato and the Met Orchestra in Dido’s scenes from Berlioz’s Les Troyens at Carnegie Hall; then on next season’s Opening Night the Met will finally stage Cherubini’s Medea with Sondra Radvanovsky. Elektra is transformed into Elettra for Mozart’s Idomeneo also in September.

If over the summer more elemental Greek drama is required, the Park Avenue Armory presents Aeschylus’s The Oresteia from London’s Almeida Theatre! 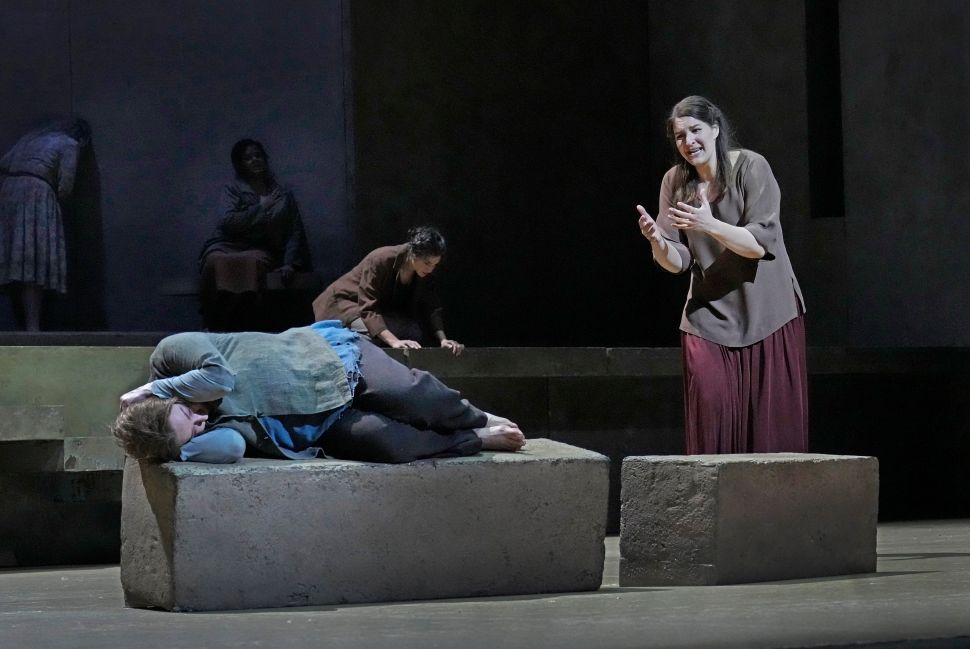