Conventional wisdom says that Paula Vogel’s How I Learned to Drive was ahead of its time, yet How I Learned was also absolutely of its time, riding a tide of identity politics and increasing awareness of sexual harassment. A year after its extended run Off Broadway in 1997, the Clinton Administration would become embroiled in the Monica Lewinsky scandal: a President who took advantage of a twentyish intern, using the power of his office to deny it, his enemies trying to weaponize it. The real life parallels continue with Take Back the Night, the Clarence Thomas hearings, #MeToo, and the Anchorage Daily News winning a Pulitzer Prize for covering the high rate of sexual assault in Alaska. There are countless examples of its present day relevance.

Through the clarity of her art and the thorniness of her empathic vision, Vogel bridges the Naughty Nineties and our #MeToo present. That simultaneous sense of hovering between time periods hangs over this solid revival of How I Learned—also its overdue Broadway debut at Manhattan Theatre Club. Starring original cast members Mary-Louise Parker and David Morse (and Johanna Day as Female Chorus), this production is drenched in nostalgia but also bone-weary sadness, as the scars of the past refuse to disappear decades after the damage.

Parker and Morse (now in their late fifties and sixties, respectively) reprise their roles as Li’l Bit and her Uncle Peck, whose flirtatious, codependent, ultimately tragic relationship forms the spine of the memory play. Set in Maryland in the 1960s and ’70s, the nonlinear scenes are narrated by Li’l Bit as an older, wiser woman, her recollections ultimately spooling back to Peck’s first sexual assault on his niece, when she was eleven, during a driving lesson. Vogel employs Brecht-like distancing devices, such as announcing scene titles taken from lessons in a guide to driving or drinking. Three actors in addition to the leads (Day, Alyssa May Gold and Chris Myers) take on multiple other characters such as family members, hookups, and waiters.

This isn’t a play that says an uncle shouldn’t grope his pubescent niece’s breasts in the car. It’s a play that shows how complex emotions and family secrets create an atmosphere in which she keeps coming back—until she sees Peck as the broken, abuse-perpetuating creature he is, and finally breaks free.

Parker still has that wonderful wariness, the half-dreaming bemusement that makes her stage performances so raw, so perched on the cusp of heartbreak. And she contrasts so well with the lanky, bass-voiced Morse—no longer baby-faced but still possessed of an almost boyish vulnerability, even as he methodically strips Li’l Bit of her natural ease with her body. “That day was the last day I lived in my body,” she says toward the end. “I retreated above the neck, and I’ve lived inside the ‘fire’ in my head ever since.”

Director Mark Brokaw returns to the production 25 years later with a big heart and clear eyes on a neutral set of cool blue walls and linoleum floor by Rachel Hauck, warmly lit by Mark McCullough. In the choric roles, Day, Gold and Myers expertly generate the comic froth at the edges of the drama, keeping it from foundering in lurid scenes of exploitation. Much as the play makes a contemporary audience cringe, it is full of deliberate laughs and notes of sympathy for the doomed Peck that deliberately fuzz our moral sensors.

Yes, the shiny, stylish model handles great on today’s theatrical highways and bumpy back roads of the Discourse. If anything, it might be too sophisticated a ride for new drivers. Why isn’t Peck’s downfall more satisfying? Why don’t we see Li’l Bit happy and successful later in life? Why does empowerment feel so melancholy? We can ask these questions all day; Paula Vogel will still be up front, eyes smiling in the rearview mirror.

You can buy tickets here. 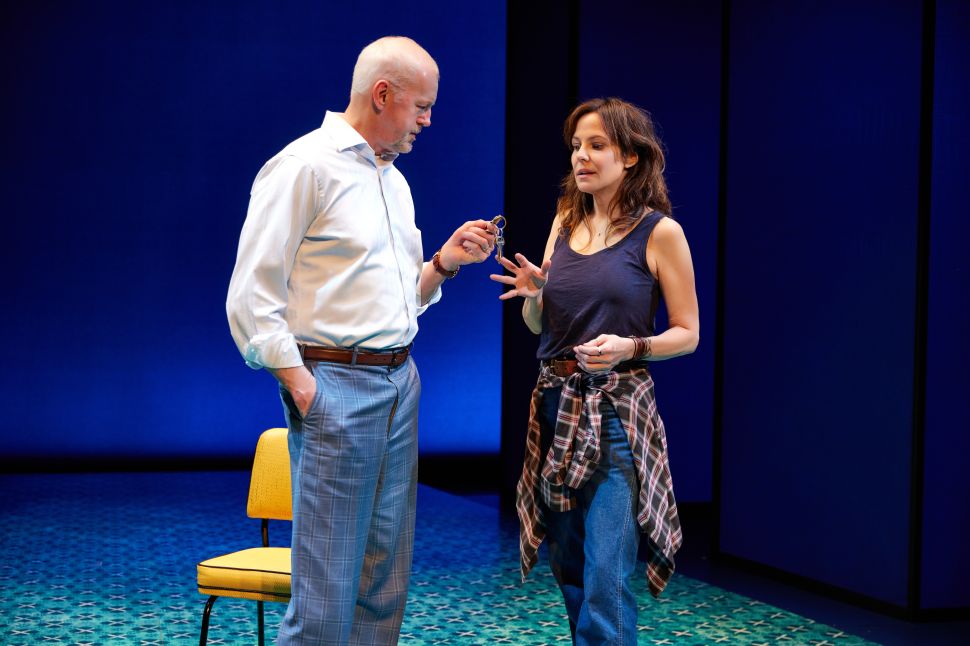