In 2019, creators Leslye Headland, Natasha Lyonne, and Amy Pohler gave us Russian Doll, a brilliantly witty “existential adventure show” with a fresh take on the Groundhog Day gimmick. In its first season, impossibly cool walking disaster Nadia (Lyonne) becomes trapped in a time loop that begins at her wild 36th birthday party and ends with her dying a variety of painful deaths. Now, Nadia’s turning 40 and finds herself once again traveling through time, confronting generational trauma, and chasing it all down with a cigarette and a shot of bourbon. This time travel story is more traditional and a little less fun than last season’s perpetual weird night out, but it’s still a treat to spend time with one of modern television’s most interesting characters.

Natasha Lyonne, who pulls double-duty as both star and showrunner, remains the irresistible force behind Russian Doll’s success. Her portrayal of Nadia Vulvokov is a high-wire act in which she balances prestige-drama nuance and sketch-comedy whimsy. After fans and critics fell in love with her last season, a lesser storyteller might allow Nadia to become even more of a delightful punk-rock Muppet, pumping out GIF fodder and catchphrases. There are a few winks at Nadia’s memetic appeal (does she say “What a concept” again? yes, she does), but if anything this season leans in the opposite direction and makes her more difficult to root for. Where she was once the accidental prisoner of some unseen cosmic judge, this time she willingly opts in for a journey back and forth through time and winds up in a mess of her own making. We are reminded often that the time loop purgatory we’ve already witnessed has only done so much to heal her heart and curb her selfishness.

A week before her birthday, Nadia boards a 6 Train that lets her off in the year 1982. This happens purely by accident, but by now she’s barely phased when impossible things occur. After spending a night exploring the Manhattan of 40 years ago, she finds she can take that same train back home to 2022 and travel between the time periods at will. It doesn’t take long for her to decide to use this to her advantage, and she schemes to recover the small fortune that she was meant to inherit before it was squandered by her mother Nora (Chloë Sevigny). It’s not that Nadia is totally in the wrong here; this is, by rights, her money, and it represents more to her than its quarter-million dollar valuation. Growing up with a mother with paranoid schizophrenia took a heavy toll on Nadia, and these 150 gold Krugerrands are merely the most measurable cost that Nora’s illness had on Nadia’s future. She pursues this lost legacy as if acquiring it will make up for everything she’s suffered and give her the life she deserves, but the viewer knows better: the more she meddles with time, the more dangerous her quest appears to be.

Nadia’s bouncing through time also means less of the season is spent around characters who love and enjoy her, which means her bullshit gets tiresome a lot faster. (Again, this seems deliberate.) Not only is she in a more hostile environment for roughly half the season, but her absence is keenly felt by those closest to her in the present. The health of Nadia’s surrogate mother Ruthie (Elizabeth Ashley) is in decline, something that Nadia seems unwilling to confront. Instead of being a comforting presence, Ruthie’s scenes become a reminder of the precious time that Nadia is wasting apart from the life she’s built. Most of the returning characters from Season One have reduced roles, save for Maxine (Greta Lee), who remains a terrific foil for Nadia in small doses. In their place are new faces like Shartlo Copley, who plays perfectly as mustachioed ‘80s dirtbag Chez, and a string of new characters from the old neighborhood.

Nadia’s counterpart, once again, is the tightly-wound Alan (Charlie Barnett), who embarks on his own, separate time-travel adventure. Like Nadia’s, Alan’s journey tempts him to make a critical change to his family history, but his story is fundamentally less interesting and the show never seems terribly invested in it. Separated from Nadia for most of the season, he’s the straight man of a double act with no foil to play against. Last season, both Nadia and Alan’s development was dependent on the other’s influence; on his own, his blandness is just bland, which turns him into an extra appendage. (Speaking of extras, Alan has grown a dorky little mustache, and that I’m very much in favor of.)

If Season Two of Russian Doll is willfully more stressful to watch there is pathos gained in exchange. We get a great deal of added texture to the relationships between Nadia, her mother Nora, and her grandmother Vera (Irén Bordán). Nadia’s heritage as the grandchild of a Holocaust survivor is explored more deeply, as is the way this incomparable trauma is passed down across generations. This season is every bit as thoughtful as the one before it, and has lost none of its visual flair. The scope of the story is broadened in both space and time, and the visits to the grimy New York of 1982 offer a comic contrast to Nadia’s super-hip modern life.

It’s mostly a good thing that this season strikes such a different chord from the last; trying to recapture exactly what made the first season so riveting would likely have been a fool’s errand. Still, if you (like me) are a viewer who couldn’t resist watching all of Russian Doll in one sitting back in 2019, you may find that this season demands more of your patience. 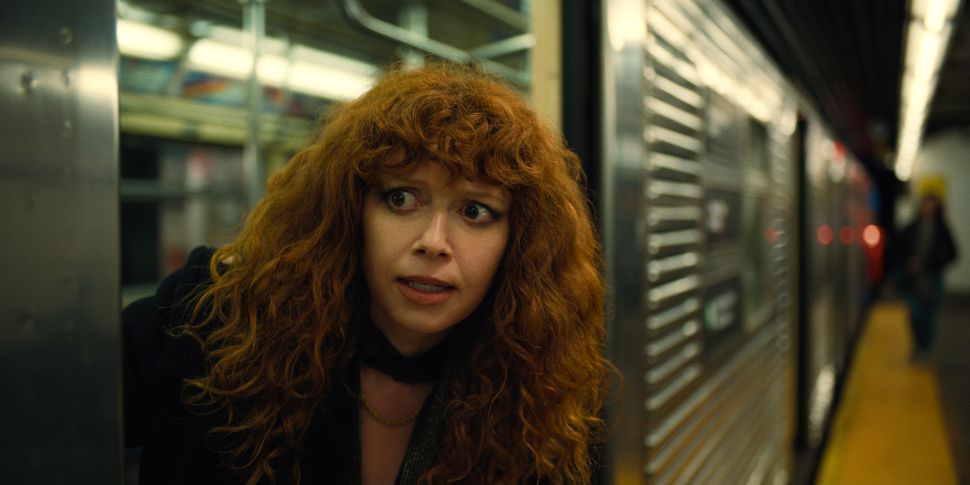