The digital-native business publication Quartz announced today that it is dropping the paywall that it introduced in 2019.

In an email this morning to subscribers, Quartz explained: “We exist to help business leaders and their companies use power wisely, act with compassion, create products that truly matter, and do what they can to fix a broken planet and economic order. Those goals are clearly better-fulfilled by making Quartz’s journalism as accessible as possible.”

The email indicated that Quartz will continue to offer newsletters and other services for paid members. “We’ve learned a lot and we learned that the most effective, durable and successful path to membership for us is first becoming a free email reader, getting to know Quartz that way,” CEO Zach Seward said in an Observer interview.

Quartz launched in 2012 as part of The Atlantic Media Company. In 2018, it was sold to the publicly traded Japanese media company Uzabase. Based on Uzabase’s filing, Quartz lost—on an earnings before interest, taxes, depreciation, and amortization basis—$18.6 million in 2019 and $11.2 million in the first half of 2020. In 2020, Quartz cofounder Seward and editor-in-chief Katherine Bell bought the company and took it private.

Quartz has long sought to differentiate itself from older business publications (such as FORTUNE and Forbes) by boasting that its audience is heavily mobile. Its 2020 media kit says that 74% of readers access Quartz content on a phone. The media kit also says Quartz has 16.3 million unique visitors (presumably per month), although that data appears to be from 2019. Most news sites have seen their traffic drop since Donald Trump left office.

Many digital-native publications have struggled with whether to put all or much of their content behind a paywall. Paywalls create revenue and provide detailed information about a publication’s audience, which is useful for targeting advertising. On the other hand, as Quartz’s note to subscribers indicates, paywalls also restrict the number of readers a publication can reach.

“A paywall is a double-edged sword,” Seward said. “It’s not a philosophical choice, but our view is we’ll benefit more from the increased exposure now.” 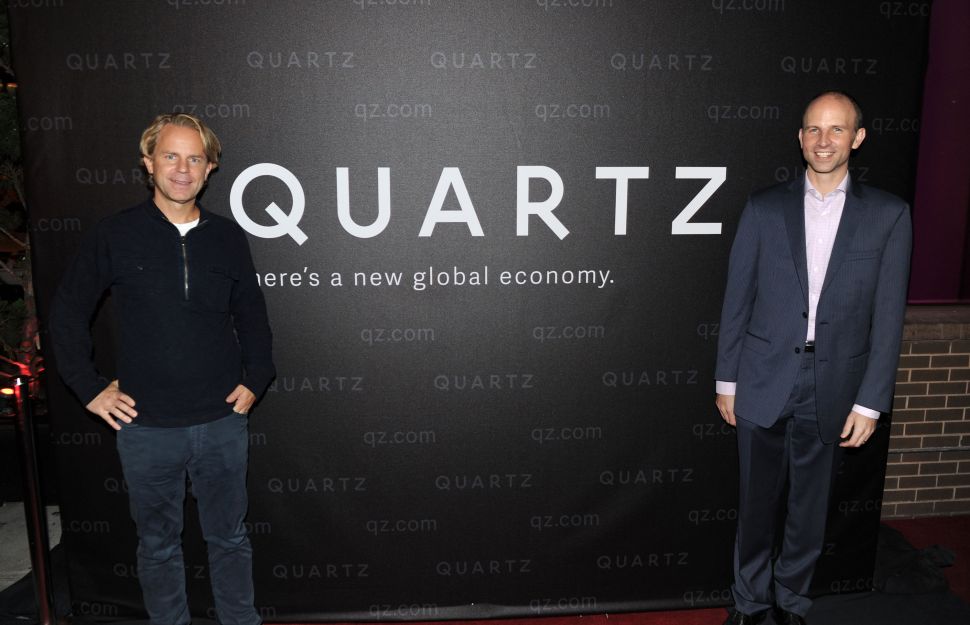