It is fascinating that a musical career as storied and diverse as Prince’s should be defined by one period. Through five different decades, the late Minneapolis-born funk-rocker tossed off effortless pop gems, belabored triple albums, online-only oddities and even a deeply strange record about Batman. His Spotify stats tell a different story: a brief but intense period of game-changing mid-‘80s pop and R&B, culminating with 1984’s Purple Rain, the hits-packed soundtrack to his ascension to superstar status, both onstage and on film.

His best film work, though, was less seen than either Purple Rain or even its bomb of a follow-up, the 1986 black-and-white screwball comedy Under the Cherry Moon. For years difficult if not impossible to find, the 1987 concert feature Sign O’ the Times is an exhilarating 84 minutes of Prince’s unabated genius.

Ask almost any critic and they’ll likely agree that Sign O’ the Times is Prince’s best album. A two-record set that never drags, Sign found Prince coping with his hold on the world’s attention beginning to crumble—though you’d never know that by listening to the results. The year before Under the Cherry Moon crashed and burned at the box office, and soon his record company would be ordering him around, instead of the other way around. Sign O’ the Times is the distillation of three different album projects: a double album called Dream Factory recorded with the Revolution, the band that backed him in one form or another since 1982, and which he broke up when he shelved the project; Camille, an album recorded in the persona of a woman (with pitch-shifted vocals); and Crystal Ball, the triple album his label, Warner Bros., refused to release until he slimmed it down to two discs.

Those two discs were packed with experiments, surprises, everything: conscious, spare blues (the drum machine-driven title track); dizzying funk and jazz workouts (“Housequake,” “Slow Love”), candy-coated pop brilliance (“Play in the Sunshine,” “I Could Never Take the Place of Your Man”), and uncategorizable head-turners like “If I Was Your Girlfriend” (one of the Camille tracks—which may finally be getting assembled and released from Jack White’s Third Man Records). On “The Cross” it sounded like Prince had decided to turn the Velvet Underground’s “Jesus” into full-throated gospel rock.

It might not be right to call Sign O’ the Times (the album) “underrated”; in 2020, it was given an 8CD or 13LP box set edition loaded with coveted material from Prince’s storied vault. But its three Top 10 singles: “Sign,” the Sheena Easton-assisted “U Got the Look,” and “I Could Never,” didn’t do Purple Rain numbers. And Prince opted to tour the album only in Europe, agreeing to assemble a concert film for American audiences. Except he hated the end result, so he merged footage of a performance in the Netherlands with material shot at the newly-finished soundstage of his Minnesotan recording complex Paisley Park. The result is a classic Prince contradiction: a carefully constructed version of an unpredictable set—one that, bizarrely, never had a wide theatrical or home video release in the United States.

But as the movie celebrates its 35th anniversary, if you dial up the Sign O’ the Times film on Criterion or Amazon Prime Video, you might not be prepared for how much energy Prince exudes on stage. That live spirit that hooked fans old and new during the Super Bowl halftime show in 2007 never really left him, and here he’s bursting with raw energy: effortless James Brown-style steps, leaps, splits and crab walks; lascivious grinding with featured singer/dancer Cat Glover; guitar solos that’ll melt your face off. All through the film, you’ll ask how he does it and only be answered with more instances of him doing it.

The Sign O’ the Times film is an all-out attack on familiarity. Except for a brief interlude of “Little Red Corvette” and a mid-show jam on Charlie Parker’s “Now’s the Time” that Prince isn’t onstage for, everything comes from the new album, hits be damned. But there’s no room to mourn what isn’t played when you have a line-up like this: “I Could Never Take the Place of Your Man” crackles with unbridled energy, “Hot Thing” makes Prince’s most leering come-ons feel like sonic winks, and the spare guitar thrash of closer “The Cross” is bliss from the first note. (Funniest, perhaps, is when a full music video for “U Got the Look” drops into the middle of the film.)

The Revolution is gone but for keyboardist Matt Fink, clad in a sharper version of his onstage hospital scrubs; in their place is a group of ace musicians anchored by drummer Sheila E. and featuring the blistering duo of saxophonist Eric Leeds and trumpeter Atlanta Bliss, handling two of the few instruments Prince couldn’t play in studio. Glover’s relentless moves are only interrupted by brief, abstract on-stage repartee with fellow dancer/singers Greg Brooks and Wally Safford. (Their brief scenes are the film’s only stab at narrative, along with a couple of abstract images of Prince and Cat staring at and touching a plasma globe.)

Sign O’ the Times is as much a masterpiece on film as it is on record. Like Purple Rain before it, it features some of the most dynamic live performances caught on film, with none of the forced acting or incoherent scripting that bogged down the rest of Prince’s filmography. Thirty-five years on—and nearly six years after Prince left us—it remains a crucial step in appreciating the depth and breadth of his peerless talent. Make the time to find a copy—when you do, it’s gonna be a beautiful night.

Sign O’ the Times is playing at the Alamo Drafthouse Downtown Brooklyn on April 5 and 6 and is streaming on The Criterion Channel and Amazon Prime. 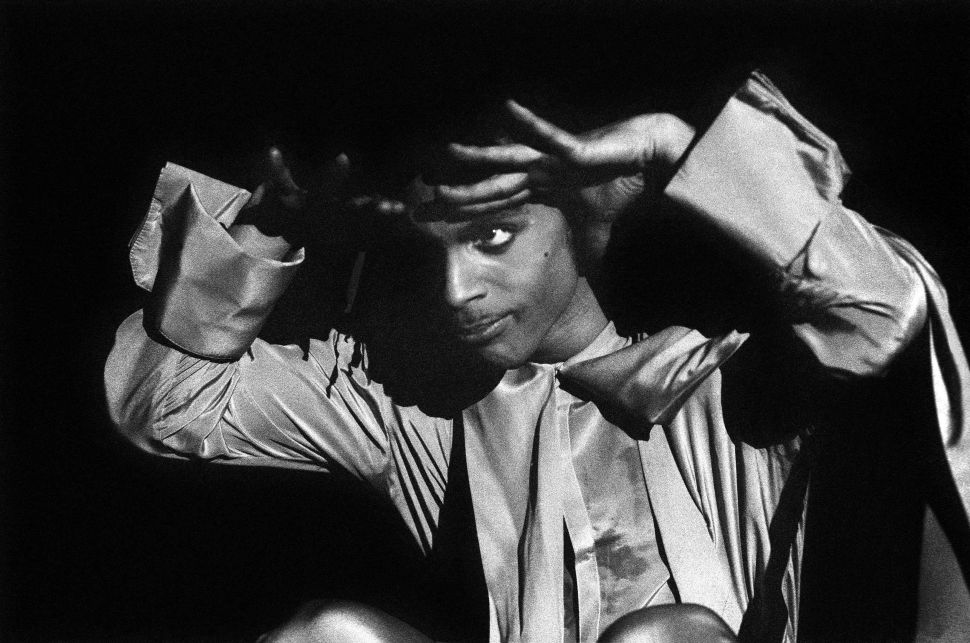