In 1977 Rudolf Nureyev, one of the most prolific and influential dancers in ballet history, appeared on The Muppet Show to dance a pas de deux with a pig – some poor overheated ballerina wearing a pig-suit, a white-feathered tutu and a white-feathered headpiece. “Swine Lake,” obviously. When Billy Elliot becomes a professional ballet dancer in the grand finale of the movie, he leaps onto the stage with the booming timpany of Tchavovsky’s music in a production of Matthew Bourne’s Swan Lake. When Taylor Swift twerks in a tutu in her Shake it Off music video, of course she wears a white-feathered tutu. “Whaddya gonna do? Shoot the schvans?” Barbra Steisand asks in Funny Girl, standing in front of her own flock of tutued swans.

Somewhere over the last 145 years, there was a collective, pop-cultural agreement that Swan Lake is ballet. The Nutcracker is ballet, too, but it’s Christmas ballet and is restrained by strict seasonal limitations. For all other times of the year, Swan Lake is ballet. If you go up to a random person on the street and ask them to name a ballet, you could bet money that they would say “Swan Lake” and probably not “Le Corsaire.” So when ballet companies made their return to theaters this season after a hiatus from live performances, and after they trudged through their grueling, Omicron-affected runs of The Nutcracker, is it any surprise that almost every major company had a production of Swan Lake on their season line-up?

New York City Ballet just finished a run of Balanchine’s version of Swan Lake. Miami City Ballet is wrapping up a run of their new production of the ballet, and Washington Ballet also premiered a brand new production this past month. Philadelphia Ballet ran Swan Lake in March, Pacific Northwest Ballet is doing it in April, and American Ballet Theater, as usual, will be doing theirs at the Metropolitan Opera House in June. It’s a tsunami of feathers taking over the country.

These productions come at the tail end of a virtual financial drought for most ballet companies – who scraped by for two years with experimental online and outside performances that could never be a match for the necessity of theater ticket sales. With name recognition and a musical score known to any ear, Swan Lake has been the perfect return to sold-out shows. Miami City Ballet surpassed their financial goals for Swan Lake, even adding extra shows due to overwhelming popularity. Though they’ve been planning this production of Swan Lake since before covid (Artistic Director Lourdes Lopez first set the wheels in motion after their 2016 production of Balanchine’s Swan Lake was one of their best selling reps), the financial relief must be all the more sweet in 2022. Washington Ballet had also planned for their new Swan Lake to be premiered before Covid hit and also had sold out shows during their recent run at the Kennedy Center. Washington Ballet’s artistic director, Julie Kent, told Observer that she attributes the long wait to their success – more eager passion went into the production, and more eager audiences showed up.

To start, no one wants their Swan Lake to be too different. Different isn’t the goal – maybe embellished, maybe stripped down, and maybe exaggerated, but never completely changed. Julie Kent put it best – “it’s like everyone is playing a game of telephone.” There are many theories and variations surrounding the origins of Swan Lake and the story it follows. Some say it’s interpreted from a folktale called “The Stolen Veil.” Most are familiar with it as a story of a woman, Odette, cursed to live life as a swan during the day and a woman at night by the evil sorcerer, Von Rothbart. She falls in love with a prince, Siegfried, who betrays her by proposing to the wrong, similar-looking woman, Odile. Everyone dies, of course. In order to create a new production of this old ballet, many choreographers look to the past and parse through the decades and decades and decades of notes for inspiration.

Alexei Ratmansky, who choreographed Miami City Ballet’s new, critically-successful production (which had its world premiere at Ballet Zürich in 2016), like most choreographers who take on the Swan Lake challenge, based his reconstruction on the choreography by Marius Petipa and Lev Ivanov that premiered as a revival in 1895. This is choreography you’d probably recognize – four little swans with linked arms pas de chat across the stage in almost every single production of Swan Lake. But Ratmansky dug deeper – he looked at the notations written ten years after the 1895 St. Petersburg premiere. As a result, the cast of cursed women are more human than swan – they don’t dance with wing-like arms like you’ll see in most productions. The ballet begins with the famous pas de trois where Prince Siegfried’s friend Benno dances with two peasant girls. And in the famous pas de deux between Siegfried and Odette – Benno is also there, to help the two navigate their tryst.

Julie Kent, who, along with her husband, Victor Barbee, took on the reconstruction of Swan Lake for the Washington Ballet, was inspired by Ratmansky’s work with original resource materials. Like him, she studied the notation. She then worked with ballet historian Dr. Natalie Rouland to build a foundation of historical understanding and context. From there, she explains to Observer, it became a process of scaling it all to fit the company. The Washington Ballet is a smaller company, and they performed the ballet in a smaller theater – not opera house sized. She also wanted to make sure the story could be understood by a modern audience. In the ballet, a ball is given where Prince Siegfried is meant to pick a bride. Kent almost took this dance out completely – the idea of picking a woman from a lineup isn’t very 2022. Instead, she turned to history. She had each woman come up to the prince along with her family; this is a political arrangement as it was done in the past, and the woman still maintains some agency.

Other ballet companies take different routes. Balanchine worked off of the Petipa and Ivanov choreography as well, but back the typically three or four act ballet into one simple, swan-heavy act. American Ballet Theater’s production is as story-book as you can get – castles, tiaras, lots of magic. In an email to Observer, Angel Corella, artistic director of Philadelphia Ballet, described his interpretation of the choreography as faster-paced and more energetic than other productions. All of these have four little swans pas de chat-ing across the stage with linked arms.

It’s exciting to see how a company interprets a classical work, but it’s simultaneously the familiarity that brings audiences back time and time again. “Our first in-person performances since the start of the pandemic, we wanted to stage productions that would reignite the flame of excitement and passion in our audience,” explains Corella, who is imminently preparing for his company’s run. The endurance of Swan Lake – no matter how it’s interpreted – its ability to dazzle and awe, the rush of hearing Tchaikovsky’s overture – it’s hard to imagine any other ballet that could shepherd ballet companies and audiences alike back to the joy of live dance. 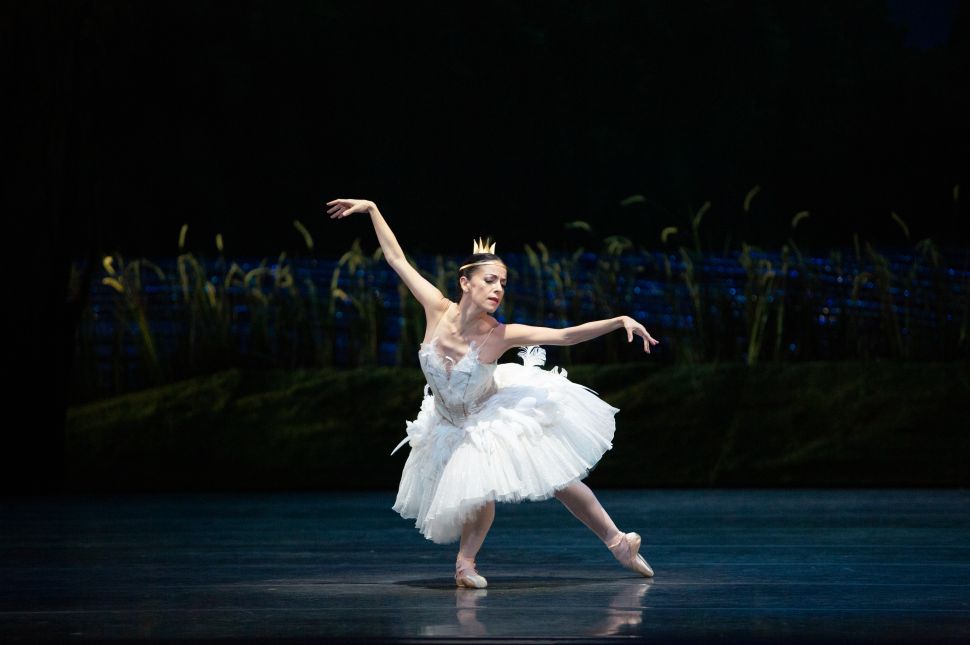