Tesla’s Shanghai Gigafactory in China, the electric car maker’s most productive plant in the world, hasn’t made anything since March 28.

That’s when it’s region of Shanghai entered a strict Covid-19 lockdown and after two weeks there is still no sign of reopening. In fact, the emergency measure has since then extended to the entire city of Shanghai, placing more than 26 million people, more than the population of Florida, under extreme quarantine.

Tesla hasn’t publicly addressed the lockdown’s impact on its Chinese production since it started. On April 4, multiple media outlets reported the Shanghai factory failed to reopen on schedule following a weeklong halt. Tesla China didn’t respond to a press inquiry about the latest status of Giga Shanghai.

The Shanghai factory manufacturers more than 16,000 Model 3 and Model Y Teslas every week for the automaker’s Chinese and European markets. A two-week pause means the factory is more than 30,000 vehicles behind schedule. What’s worse, the lockdown could drag on for a few more weeks. China’s central government has vowed to keep existing protocols in Shanghai in place until infections fall rapidly, but cases are skyrocketing. Despite a citywide lockdown, daily cases in Shanghai has surged nearly nine times in the past two weeks. On April 11, the city reported 26,000 cases, about 1,000 more than the previous day.

The Covid situation in China will likely put a dent in Tesla’s second-quarter financial results. Output at Giga Shanghai is already losing steam. In March, the plant delivered about 55,000 vehicles, only 154 more than February, a month with three fewer days, and nearly 12,700 less than January, according to data released April 11 by the China Association of Automobile Manufacturers. Tesla Shanghai was shut for five days in March.

For now, its stock price has barely dipped and held steady around $1,000 since Shanghai entered its lockdown on March 28. Over the past five years, Tesla share price has increased 15-fold, giving it a sky-high price-to-earnings (P/E) ratio of 200. P/E ratio measures a company’s current share price relative to its earnings per share. The average P/E ratio of S&P 500 companies (of which Tesla is a member) is 25.

It remains to be seen if bleak second-quarter earnings will finally give investors reason to back away from Tesla and its lofty valuation.

“Investors have given Tesla stock a pass on something beyond the electric-vehicle company’s control. But as the shutdown drags on, shareholders will have to consider the closure’s impact on 2022 deliveries and earnings,” wrote Allen Root, a former strategist with investment bank R.W. Baird, in Barron’s on April 7.

Tesla is the only foreign automaker that fully owns its operation in China. Shanghai, an auto manufacturing hub, is also home to plants that produce other foreign-branded vehicles, including Volkswagen and General Motors. Those automakers have joint ventures in China with local automakers.

Some auto factories have managed to keep parts of their assembly line running by having workers live on site so that they can work without violating lockdown rules, according to local media. It’s unclear whether Tesla has adopted similar measures. 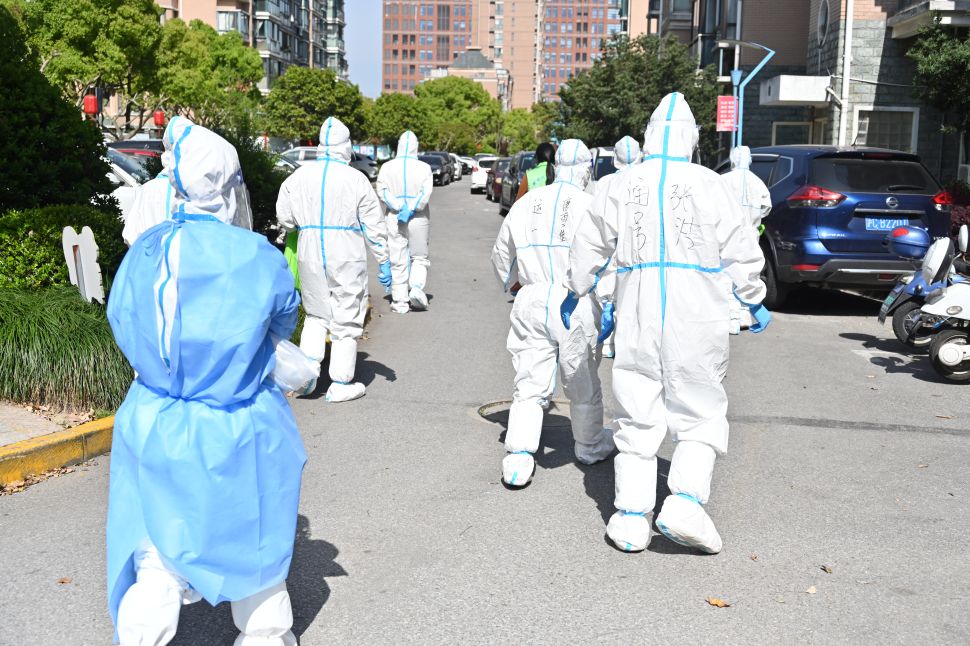