The Northman, the latest film from Robert Eggers, is a guttural, ferocious viewing experience that leaves your ears ringing and your mouth agape by the final battle. This movie is so visceral you can feel it reverberating inside your body, which is exactly what makes it so delightful. Written by Eggers and Icelandic writer Sjón, The Northman is a Viking epic that refuses to gloss over the grime and blood and suggests that glory may not be so glorious after all.

The film is based on the Scandinavian legend of Amleth, which famously inspired Shakespeare’s Hamlet, but it doesn’t get overdrawn into myth or detailed nuance. This is a gritty tale of revenge that doesn’t require much exposition, a hallmark of Eggers’ work. The story begins in 895, in the kingdom of King Aurvandill War-Raven (a growling Ethan Hawke). After the king returns from battle, he is betrayed by his brother, Fjölnir (Claes Bang), who kills him and claims his wife, Queen Gudrún (Nicole Kidman) for himself. A young Prince Amleth flees the kingdom, vowing to kill his uncle and save his mother. Years later, the fledgling prince is a ripped Viking, prowling the lands and pillaging the villages with fury. The character, who vacillates between pensive humanity and animalistic ruthlessness, is perfectly embodied by Alexander Skarsgård, who was seemingly born to play this role.

Happenstance brings Amleth into the clutches of Fjölnir, now a farmer in the remote wilds of Iceland. Pretending to be a slave, Amleth infiltrates the farm, discovering that his mother is married to Fjölnir and has borne him a son. With the help of Olga (Anya Taylor-Joy), a fellow slave who wields the power of sorcery, Amleth begins to exact his revenge, which is brutal, bloody, and often horrific to behold. While The Northman is not a horror movie, there are echoes of Eggers’ previous work in the genre here, including 2015’s The Witch. There are traces of the mythic, including Björk as a Seeress who predicts Amleth’s destiny, but the film’s real strength is in how aggressively primal it feels. These Vikings don’t have shiny helmets or sail majestic ships across the sea; they’re dirty, coated in dried blood and ready to slaughter each other for power or vengeance.

In some ways, The Northman feels like a risky move for Hollywood, so caught up in sequels and video-game adaptations that you’d think that was the IP available for filmmakers. Eggers is an auteur director whose last movie, The Lighthouse, was shot in black and white. The Northman is a big-budget epic, but it retains those indie roots, with Eggers bringing in all of the elements that have made his past films so aesthetically successful. The sound design, in particular, is memorable, with the guttural, bass-heavy music pulsating off the screen in a way that is both immediate and unsettling. There is a true urgency to the film. It grabs you by the throat and spits in your face, and it’s absolutely exhilarating. And it’s a visual pleasure, with Eggers embracing the scope of the Icelandic landscapes, and the pace never dulls. This is the sort of thing studios should make more of, and soon.

As Amleth, Skarsgård quavers with purpose, driving the Viking prince to his inevitable destiny. He has an unshaken purpose, even as threads of the story continue to unravel, revealing new motivations and information. A final confrontation between Amleth and Fjölnir, set in the wake of an erupting volcano, is jaw-dropping. Both Skarsgård and Bang, a vastly underrated actor, bring a sense of vulnerable viscousness to their performances, as if these men are know exactly where they’ll end up. Kidman is frosty and cunning, while Taylor-Joy plays Olga like a feisty wood nymph (it’s odd, but it works). There are perhaps not enough moments of sincere emotion, although the film does find some in the midst of all the bloodshed. At its center, The Northman is a movie about stepping into the inevitability of your fate, no matter where it may lead. It’s a furious, invigorating ride to get there. 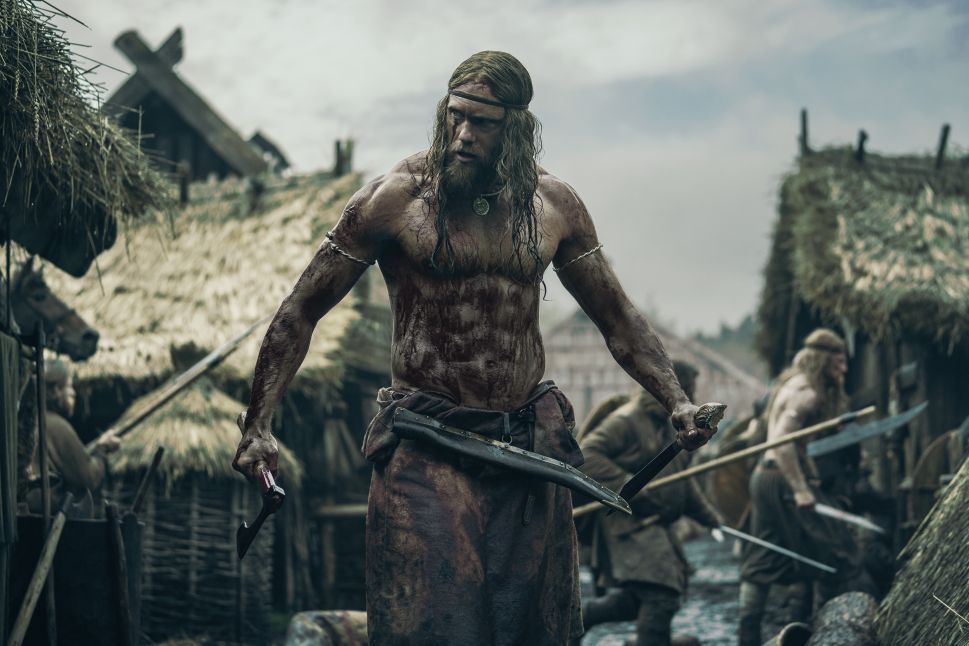