Former U.S. president Donald Trump said he will not return to Twitter despite Tesla CEO Elon Musk’s $44 billion takeover of the platform.”

“I am not going on Twitter, I am going to stay on Truth” Trump said to Fox News. “I hope Elon buys Twitter because he’ll make improvements to it and he is a good man, but I am going to be staying on Truth.” Trump launched his own social media platform Truth Social in February to create an online space free of the regulations of platforms like Twitter and Facebook, both of which he was banned from. Trump was kicked off of Twitter and Facebook in the wake of last year’s Jan. 6 riots at the U.S. capitol. White House officials are concerned Musk might allow Trump to return to the platform.

Conservatives have cheered on Musk as he pursued Twitter, eager for him to remove what they consider unfair restrictions on speaking out on topics like the 2020 election and Covid-19. There had been hope among some that a Musk-owned Twitter would also lift the bans from figures like Trump and Rep. Marjorie Taylor-Greene.

Congratulations again Elon. You are the man!

My only request to you is please let Donald Trump return to Twitter. Restore his account to how it was, so he doesn’t have to start from the scratch. Do this, and Twitter’s value will increase by at least 5%. Guaranteed!#TableShaker

On Twitter, Trump had nearly 90 million followers and the captive attention of the world’s media. But his comments to Fox suggest he isn’t in any rush to return, even if that were possible.

Truth Social has been struggling amid the resignations of two executives and declining downloads, suggesting the platform has a bleak future. Trump told Fox News he will start “truthing” throughout the next week. While Trump said he does not see a Musk-run Twitter as a competitor, there is perhaps still a chance he might return to Twitter if Truth Social fails, particularly since he has a positive view of Musk.

“I think it is good. We want liberty and justice and fairness in our country, and the more we can have open, the better,” Trump said to Fox News. “But no, I don’t view that as a competition for what I am doing.” 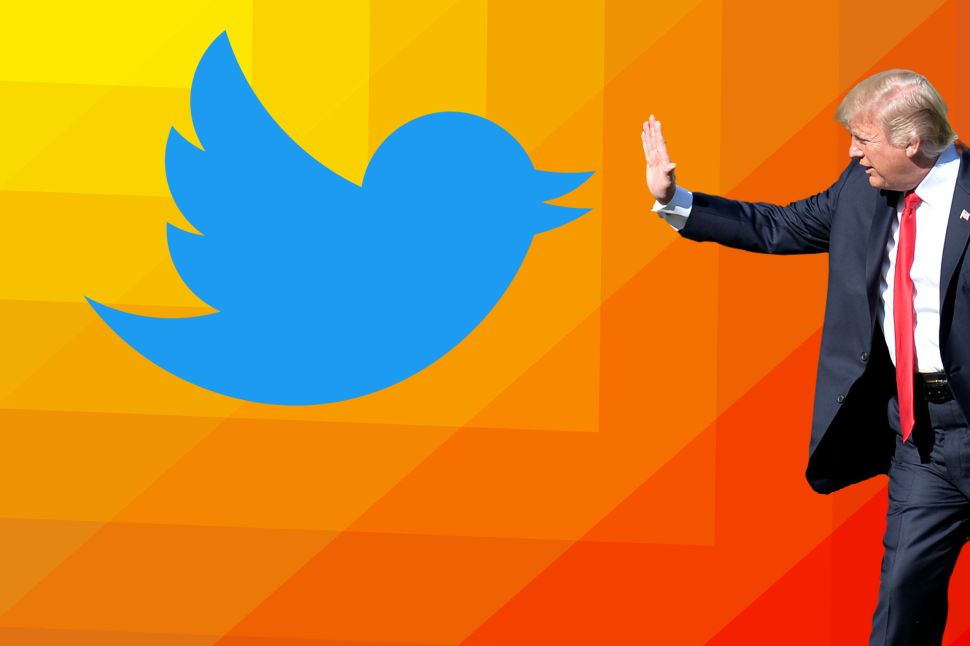