If the past few weeks have been particularly movie-heavy, then this week’s streaming guide should be a welcome relief for those of you who prefer a good, old-fashioned bingefest. Netflix, Hulu, Amazon, and HBO all have brand new series coming this week, and many of them have a decidedly true crime leaning. Whether it’s a preposterous divorce case from the ’60s, a corrupt police force from the past decade, or the return of critical darling Barry, there’s plenty to watch.

This sweet coming-of-age series is packed full of imagination, creativity, and bright colors. Heartstopper is a new adaptation of a graphic novel of the same name that tracks the budding relationship between teens Charlie and Nick. The show wears its web-comic origins on its sleeve, creating a gorgeous and fun visual world for these two boys to find themselves and each other in. It promises to be a sweet, true to life take on love and friendship in the 21st century, and it’s a welcome step forward for young gay representation during a time when so many seem to oppose it. Heartstopper premieres Friday, April 22nd.

Is Amy Adams one of the best actresses of the 21st century? I certainly think so and am convinced that everyone else should too. Big Eyes, though one of her lesser recognized projects, is definitely one of her best. Directed by Tim Burton (though not nearly as gothic as is his usual wont) this 2014 biopic stars Adams as painter Margaret Keane, a talented but meek woman who let her husband take credit for her work for over a decade as it grew to huge popularity in the ’50s and ’60s. It’s an ultimately empowering tale about a woman trusting herself and her vision, and Adams plays it to perfection. Big Eyes will be available to stream starting Monday, April 25th.

Under the Banner of Heaven

Fresh off of his Oscar nomination and her starring role in Fresh, Andrew Garfield and Daisy Edgar-Jones star in the new miniseries Under the Banner of Heaven. This true-crime story follows a fundamentalist Mormon detective (Garfield) as he investigates a murder somehow linked to the church. The show takes a close look at the overlap of religion and wrongdoing (much like other successful crime shows like True Detective or Ozark), and that tension always yields a fascinating watch. Plus, behind-the-camera talents like Dustin Lance Black and David Mackenzie promise to make this series more gripping than your average true-crime adaptation. Under the Banner of Heaven premieres Thursday, April 28th.

Back in 2018, a deceptively delightful, twisted tale of political blackmail called A Very English Scandal premiered to great acclaim and many an Emmy nomination. This week comes a new installment to this anthology of British cultural blunders, A Very British Scandal. Centering on the infamous Argyll v Argyll divorce case from the early ’60s, the show stars period-piece mainstay Claire Foy and Paul Bettany as the feuding couple. It’s a devilishly good look at a scandalous court case, complete with dukedom feuds, sketchy bribes, and all of the wild accusations you could possibly come up with. A Very British Scandal premieres Friday, April 22nd.

When we last heard from Barry, it was the summer of 2019. Three years later, the people need their favorite hitman dramedy now more than ever. The brainchild of creators, writers, and frequent directors Alec Berg and Bill Hader, Barry has broken a lot of genre rules since it stepped on the scene: comedy has never been so gory, and drama has never been so absurd. Between acting classes, Chechnyan wonder NoHo Hank, and a crazed little girl-slash-martial arts master, Barry has kept audiences on their toes with its depth, wit, and novelty; the upcoming season will certainly meet the same standard. Season 3 of Barry premieres Sunday, April 24th.

We Own This City

For fans of The Wire, an intriguing spiritual sequel is set to premiere this week. We Own This City comes from David Simon and George Pelecanos, two of the minds behind Baltimore’s other crime drama, and the series follows the rise, fall, and complete corruption of the Baltimore Police Department’s Gun Trace Task Force. Jon Bernthal—who seems to have cornered the market on playing complicated cops and other fraught authority figures—stars. Plus, all six episodes of the miniseries are helmed by King Richard director Reinaldo Marcus Green. We Own This City premieres Monday, April 25th. 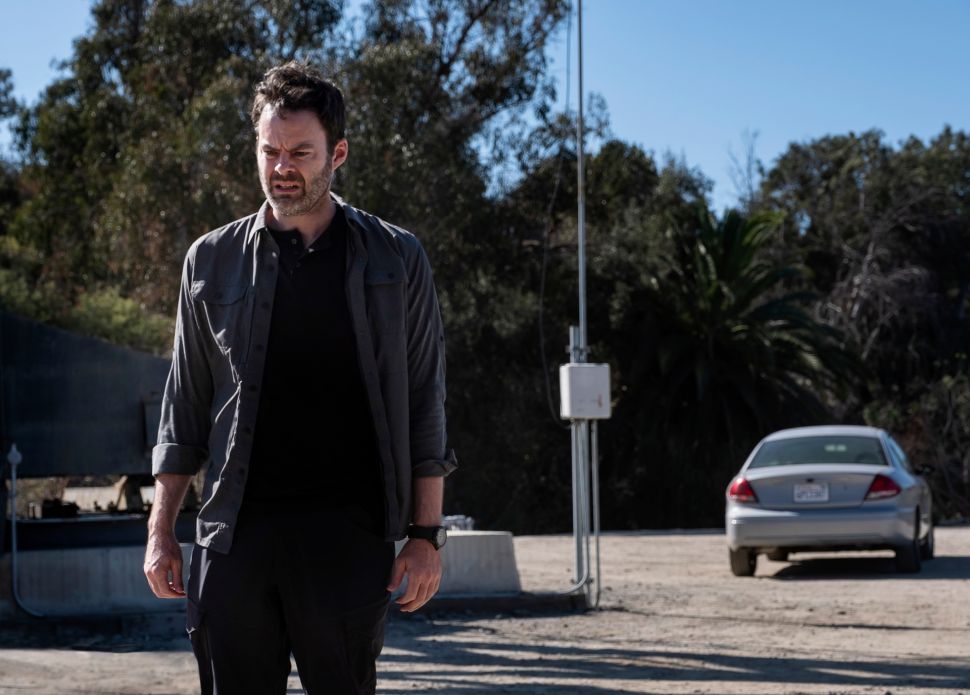