It’s another movie heavy week for streaming services, but don’t let slightly longer runtimes keep you from bingeing all that these platforms have to offer. There are plenty of recent(ish) releases getting their streaming dues this week, so read on for the best picks and flicks to watch!

For an alternative to the much-promoted Michael Bay flick Ambulance, Netflix is giving you the opportunity to watch another, better Jake Gyllenhaal vehicle that involves morally dubious L.A. chases. Nightcrawler follows Lou Bloom, a highly motivated and increasingly unhinged man who gets work as a stringer—a freelance videographer who sells footage to news stations. The late-night, early morning news Lou targets makes it clear that sex and violence sell, leading him down a more-than-questionable path when it comes to journalistic ethics. Aside from a career-best performance from Gyllenhaal, the movie features fantastic supporting turns from Riz Ahmed and Rene Russo. Nightcrawler starts streaming Sunday, April 10th.

No genre trope hits quite as hard as a romcom’s enemies-to-lovers narrative, and what better place to set that story than an office elevator? In The Hating Game, Lucy Hale stars as an ambitious executive assistant who happens to be going for the same promotion as her standoffish coworker-slash-archnemesis. This rivalry, of course, turns into a rather complicated romance. While the movie may hit on familiar beats, it is an R-rated update to the more buttoned-up romcoms we’ve become used to (helped along by Hale and her co-star Austin Stowell’s chemistry). The Hating Game will be available to stream starting Sunday, April 10th.

With the sad news about Bruce Willis’ retirement, audiences may want to return to some of the actor’s greatest hits. Along with action classics like Die Hard and The Fifth Element and indie fare like Pulp Fiction and Moonrise Kingdom, the sci-fi thriller Looper is a must-watch. Written and directed by Knives Out filmmaker Rian Johnson, Looper concocts a complicated story of time travel that poses challenging moral questions. It’s a hard plot to condense into a short blurb, but it involves Joseph Gordon-Levitt as a younger version of Willis, as well as Emily Blunt as a fiercely protective mother. Looper is available to stream now.

All the Old Knives

There’s nothing wrong with a good, old-fashioned steamy spy thriller, and All the Old Knives knows it. When a CIA mole leaks information that costs the lives of over 100 people, a veteran agent played by Chris Pine must travel across the world to find the traitor. Along the way, he’s reunited with his former partner (professionally and romantically), played by Thandiwe Newton. Together, they navigate the morally complex and highly dangerous world of modern espionage in a riveting redux of a tried-and-true genre. It certainly doesn’t hurt that Pine and Newton generate some electric sparks, either. All the Old Knives premieres Friday, April 8th.

This fascinating neo-noir taps a new vein of true crime. Tokyo Vice is based on the memoir of the same name that told the story of an American reporter working at a Japanese newspaper, uncovering sordid details about gangsters and cops alike. Turning this tale into an outright mystery and crime drama is an interesting genre shift, and the series’ attention to noir details should win over any film fanatic. It’s a change of pace (and place) from similar shows like Ozark or True Detective, making it a great addition to crime dramas on streaming. The first three episodes of Tokyo Vice premiere Thursday, April 7th.

Between The Prestige, The Gift, and now The Night House, actress Rebecca Hall has carved out a real niche for herself in mystery thrillers. This latest film features Hall as Beth, a grieving widow who encounters the supernatural secrets of the house her late husband built for her. It’s immersive and eerie, taking the concept of the haunted house to an all new level. As the walls of the home and Beth’s own mind begin to close in, The Night House forces viewers to confront the reality (or lack thereof) of grief. The Night House starts streaming on Friday, April 8th. 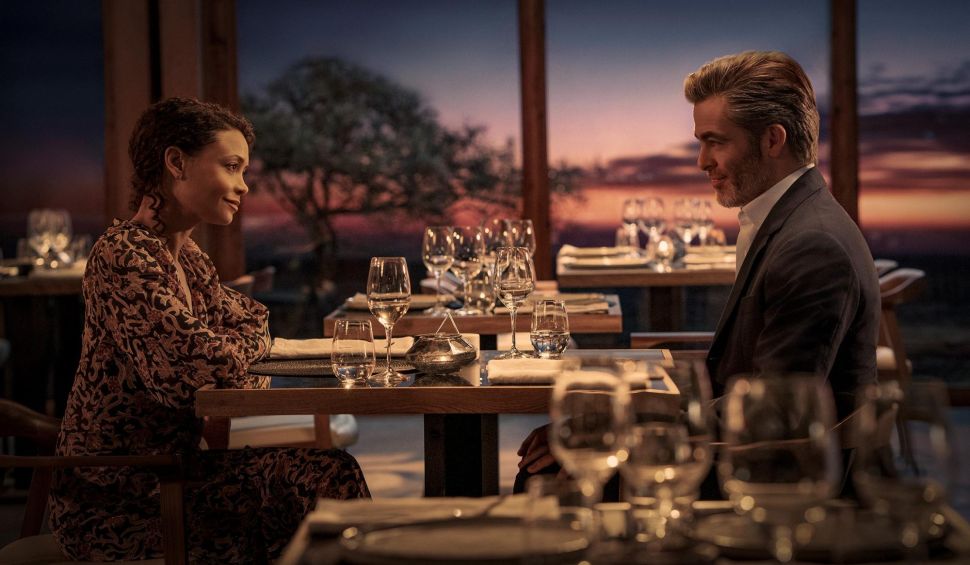