With awards season now officially over and few new blockbusters in sight, the viewing doldrums can set in. But fear not: there’s plenty to see, with streamers serving up content both new and old. And there are also all of the movies about to vanish, perhaps reappear on another platform or fade away in the coming months. Check out our list of these more time-sensitive movies that you should make time to watch before they go.

If you’re a fan of recent Oscar winner Jessica Chastain, make sure to watch her explosive performance in Miss Sloane. Chastain stars as the titular Elizabeth Sloane, a fierce lobbyist who works to enact gun control legislation in Congress. The political thriller follows her increasingly complicated path in politics, as her congressional opponents dig up her own moral failings and missteps. The film illustrates the seedier side of American politics, showing that some of each side’s greatest figureheads are hardly the heroes we expect them to be. Miss Sloane leaves streaming on the 19th.

Awards season is well over and done now, meaning several Best Picture winners are slipping away from streaming services. The Artist won the big Hollywood honor a full decade ago, and this charming love letter to film history still holds up. A French, black and white, near-silent movie may sound a bit artsy, but it’s a truly entertaining watch. Plus, the film features one of the best canine co-stars in cinematic history, Uggie, who actually won an award at the Cannes Film Festival for his work. The Artist will be available to stream until the 26th.

The second Best Picture winner of this month’s list is the fantastic Slumdog Millionaire. This movie has just about everything: young Dev Patel, a potential game-show scandal, star-crossed lovers, and a healthy dose of Bollywood tropes. The story follows the turbulent life of Jamal, a young man from the slums of Mumbai, from begging on the streets with his brother to making it big on Who Wants to Be a Millionaire? It’s a crowd pleaser, blending elements of romance, drama, and action, and it’s got plenty of heart. Slumdog Millionaire will be available until the 15th.

Spring may just have started, but that doesn’t mean it’s too early to watch (500) Days of Summer. Does this rom-com flip the manic pixie dream girl narrative on its head or cement it? Zooey Deschanel plays the girl that Joseph Gordon-Levitt loves to fantasize about, though she can’t seem to love him back. The two leads are charismatic and magnetic, even if we know from the start that their relationship won’t make it. It’s fun and romantic but smart and satirical, self-aware about its genre trappings while still being enjoyable. (500) Days of Summer is streaming until the end of the month.

If you thought Robert Pattinson seemed depressed in The Batman or that Willem Dafoe seemed crazy in Spider-Man: No Way Home, then buckle up for The Lighthouse. This A24 period horror from Robert Eggers (whose next film, The Northman, premieres later this month) takes place in late nineteenth-century New England, where a young man joins a hardened lighthouse keeper on a rocky, isolated island. It’s a trippy, creepy, and off-putting film, complete with questionable facial hair and mermaid sightings, but that’s what makes it so fascinating. The Lighthouse streams until April 16th.

This month may be your last chance to stream one of the greatest animated movies of all time. The Lego Movie is the wildly successful animated brainchild of comedy directing duo Phil Lord and Christopher Miller (the guys behind the Jump Street movies), and though it’s a movie about anthropomorphic plastic blocks, the story is one for the ages. Not only does The Lego Movie carry valuable messages about individuality and the importance of creativity, but it’s also so funny—who would’ve thought one of Liam Neeson’s best roles would be voice acting as a Lego cop? The Lego Movie is available to stream through the end of the month.

Sure The Lighthouse is weird, but House might be weirdest movie taking its leave from streaming soon. This Japanese experimental horror comedy from the ’70s follows a group of girls as they get picked off one by one at a remote country home. The film tackles cultural anxieties and lasting trauma in the wake of the atomic bombings of Hiroshima and Nagasaki in a twisted but playful way. As the movie progresses, violence and terror become increasingly unexplainable as genres overlap and combine, making for a very unique viewing experience. You can stream House until the end of the month. 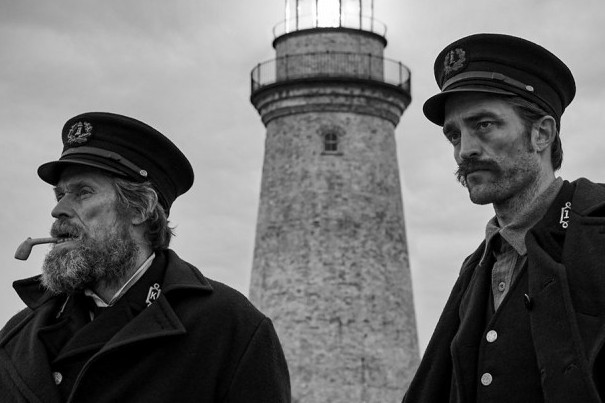