For most of us, Scottish actor Karen Gillan will always be Nebula, the seething cerulean-skinned cyborg who torments her fellow Guardians of the Galaxy in the Marvel Cinematic Universe. Geeks of another ilk may instead think of her as Amy Pond, the snarky companion to Matt Smith’s beloved Eleventh Doctor introduced in the fifth series of Doctor Who.

Now thanks to two ambitious if not entirely successful films that aim to serve as parables of the pandemic we are still in the middle of, the crimson-haired, Inverness-born 27-year-old has fast become the new face of Covid-era ennui.

Two versions of her wan, sullen visage waft through Dual, a brittle sci-fi rumination on identity and loneliness from Riley Stearns, the Texas filmmaker behind the 2019 black comedy The Art of Self-Defense.

In Dual, which premiered at this year’s Sundance Film Festival and opened this past weekend in L.A. and New York, Gillan plays Sarah, a young woman from an undetermined and nondescript future (the movie was shot in Finland) who decides to clone herself after she receives a terminal diagnosis for a mysterious stomach ailment.

The reason this drifting and seemingly unemployed woman gives for making this dramatic and pricey decision? To spare her loved ones the pain of having to live without her. Which is ironic, because Sarah has hardly any connections at all.

In pairing extreme isolation with an absurd attempt to craft a lasting connection to those she barely considers while alive, Dual stakes its claim as a pandemic fable. This extends to the film’s hook: when Sarah miraculously recovers, her double, who has already begun to live Sarah’s life with a higher degree of satisfaction than Sarah ever had, choses to challenge her progenitor to a duel to the death rather than accept being decommissioned.

To prepare for the deadly face-off, which features such weapons as crossbows, axes, daggers, and, most curiously, saws, Sarah trains with an intense but similarly disconnected martial arts instructor (Breaking Bad’s Aaron Paul) and gets her body in shape through hip-hop dance classes. Here the film echoes the second way many of us coped with pandemic isolation, when we traded in the comfort of copious wine and Netflix in favor of the corporeal betterment of Zoom fitness lessons.

Dual can occasionally feel like a one-joke film that never bothers to be funny, or where the comedy comes off as so arch that it lands as something else entirely. It never seems particularly interested in its world or in its inhabitants; Paul’s humorless pugilist disappears during the film’s final act and Gillan’s Sarah has little if any inner life.

This may be one of the film’s liabilities, but then, it may also be its point. Why do the hard work of looking inward when we can just start over?

The movie works to the extent that it does due to Gillan’s remarkable physicality—the same quality that allows her to stand out amidst a big top’s worth of costars and special effects in the Marvel movies. She conveys Sarah’s existential dislocation with her body, which is somehow both stiff and expressive as it transforms during her training.

The highlight comes in scenes in which she plays opposite herself; Gillan imbues the two Sarahs with subtle physical differences that are consistently surprising.

Gillan also does what she can to rescue Judd Apatow’s misbegotten The Bubble; alas, she is no miracle worker. The film is an unmitigated disaster, as has been duly noted by anyone who attempted to stream more than a few minutes of it on Netflix.

Unlike Stearn’s film, The Bubble takes on our new Covid reality directly. It tells the story of a big-budget special effects feature that pushes ahead in production during a lockdown for a global pandemic. Unfortunately, it has nothing new or insightful to add to the discourse, and instead seems comfortable recycling jokes that weren’t funny when we first encountered them on Twitter two years ago.

Where Dual’s form and function are teasingly opaque, Apatow’s film (which the director co-wrote with veteran South Park scribe Pam Brady) aims to be a satire, albeit one without the gumption to bite the hands that feeds it. The movie spends the bulk of its largely inert runtime painfully unaware that it is an example of the self-indulgent narcissism it’s intended to send up.

The characters in Apatow’s movie are tragically underwritten; they seem like sketches meant to be fleshed out through on-set improvs that never happened.

Only Gillan manages to create something remotely human in her Carol, an actor slowly coming to the realization that cheesy green screen epics are the best the world has in store for her. She brings a slump shouldered and tragic horniness to a character who only sparks to life during her tryst with a European footballer.

Both in the worthwhile if imperfect Dual and the utterly disastrous The Bubble, many will see in Gillan’s physically precise performances a bit of the comically calamitous figures we have become over the last two years of isolation.

Even in the most hopeless of times—and movies—it’s enough to give you faith. 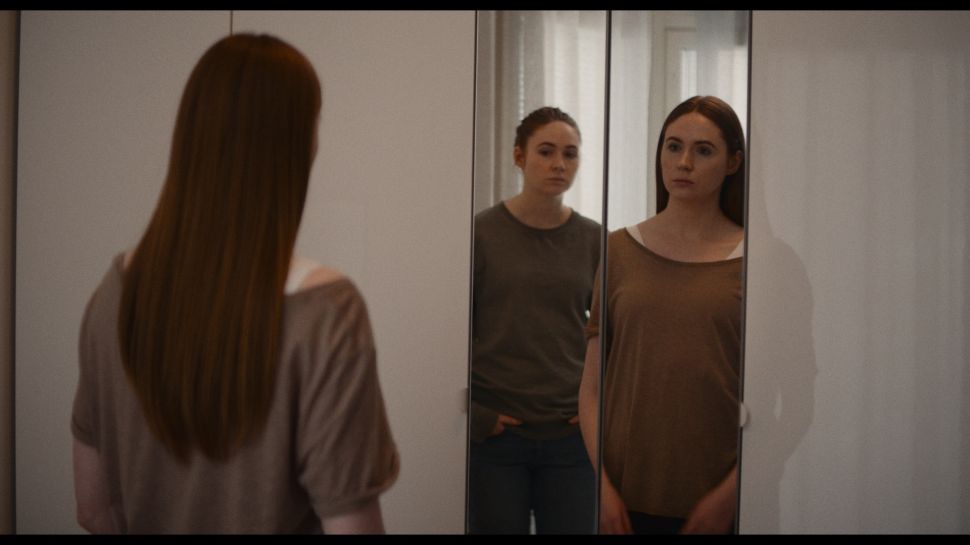