American tech giants operating in China are hurting badly as the country’s Covid lockdown drags on. Some companies, including Apple, are accelerating their relocation of key production out of China, while others are hesitant about giving up a deeply embedded supply chain that took years to build.

Apple has told some of its suppliers to expand production outside of China in countries like India and Vietnam, according to the Wall Street Journal. Anticipating the ongoing Covid lockdown in China to hinder its global sales by up to $8 billion in the current quarter, Apple has already begun manufacturing some popular products, including the latest generation of iPhones, in India.

Diversifying supply chains will take time, however, as China accounts for more than 90 percent of Apple’s global manufacturing, according to Counterpoint Research, a Hong Kong-based consumer electronics analysis firm. About half of Apple’s top 200 suppliers operate in Shanghai, a city that has been locked down for nearly two months.

Other tech giants have yet to announce plans to exit China, despite suffering heavy damages from the lockdown.

Telecom equipment maker Cisco, which has a research and development center in Shanghai, took a $300 million hit directly related to China’s Covid policies in its most recent fiscal quarter, the company said last week.

Cisco’s Shanghai facility sources components from local partners. Its supply was completely cut off during the lockdown, Cisco CEO Chuck Robbins explained during a call with investors last week.

Companies that haven’t reported April financial data are cutting revenue forecasts. In late April, Texas Instruments, which supplies semiconductors to auto factories and tech companies in China, slashed its 2022 revenue forecast by 10 percent as it expects lockdown impact to last.

Microsoft, which also reported first-quarter earnings in late April, warned that extended shutdowns into May would hurt the manufacturing of its Surface computer and Xbox gaming console.

The Chinese government has told foreign businesses Shanghai will begin to reopen June 1. But given the city’s chaotic enforcement of Covid policies over the past two months, executives don’t expect things to return to normal overnight.

“We don’t know exactly what that means,” Cisco CEO Robbins said of Shanghai’s reopening timeline last week. “When they open up and allow transportation logistics to start up, we believe there’s going to be a high degree of congestion.”

Most U.S. companies with manufacturing facilities in China also have large customer bases in the country. Extended lockdowns have already hurt consumer confidence and it may never fully recover, according to a recent survey by Ming-chi Kuo, a consumer tech analyst at TF International Securities known for his analysis of Apple.

“Demand is disappearing, not deferred,” Kuo said in a series of tweets on May 21. “Currently [there are] no signs that negative trends for consumer electronics demand will improve.”

(3/3)
Looking forward to 3Q22/2H22, currently no signs that negative trends for consumer electronics demand will improve. It will leave brands and supply chain with lower-than-expected sales and profits for 3Q22/2H22, leading to further downside risks to the stock price.

Apple’s gradual exit from China may influence more Western companies to follow suit. But for now, most foreign companies aren’t ready to cut ties with China.

Among European companies, 77 percent don’t have plans to shift existing or future investments out of China, according to a survey in late April by the European Union Chamber of Commerce in China. An earlier survey of American businesses in China found similar trends.

“Companies don’t want to quit the market, but they don’t know what to do,” Nick Marro, a Hong Kong-based trade analyst at the Economist Intelligence Unit, told CNBC last week. “Foreign companies are going to be upset about [zero-Covid] policies, but at the end of the day there’s not many companies that are going to jeopardize their position in a decades-long market based on a temporary shock.” 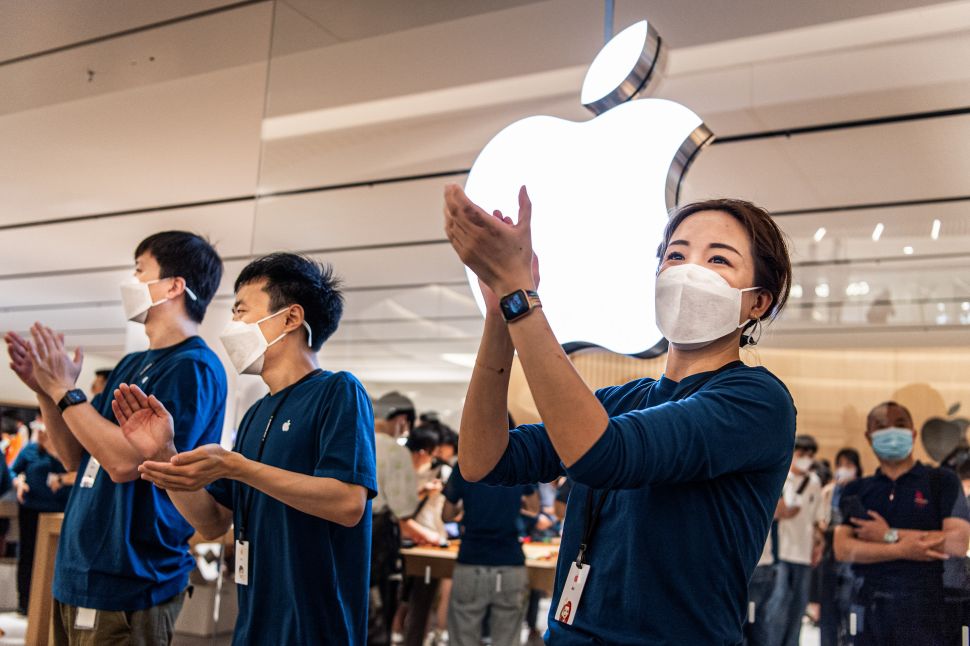