While most of the men in the U.S. who lost their jobs during the pandemic have rejoined the workforce, the same is not true for women. It’s estimated that more than one million women have not returned to work.

To get women back on the job, companies are going to have to “figure out some transformative solutions that won’t displace workers with automation,” said Courtney McCluney, an assistant professor of organizational behavior at the Industrial and Labor Relations School at Cornell.

Offering flex time, an option to work from home, could help many women return to work, experts say.

“There’s been a lot of buzz about the recently announced Airbnb policy of ‘work from anywhere,’” said Nicole Coomber, a management professor at the University of Maryland’s Robert H. Smith School of Business. “That’s definitely a trend we see.”

Coomber and colleagues have been interviewing women to find out what the most important barriers are to staying on the job. Along with flexibility, the moms also say they need to have some structure to their jobs. In other words, they want to know in advance when they will be working and when they will be off, Coomber said.

“One of the challenges a lot of moms are facing is finding high-quality day care,” Coomber said. “And then parents with school age children have a different problem—if their child is sick they need to be able to pick the child up and find back-up care while they are at work.”

The University of Maryland instituted a program that provides 10 days of subsidized back-up care, Coomber said. “For me it was a game changer,” she added.

Women working in hourly jobs rarely get such benefits, Coomber said. The wages these  women earn barely covers daycare for their kids. So some don’t see the point in returning to work.

Companies in the hospitality industry like Marriott are really struggling to attract and keep service workers, such as  housekeepers, Coomber said. “They’re asking ‘what do we need to do to attract these workers’,” she added. “They’re really concerned about it.”

Women are still responsible for most of the childcare

The biggest problem for women is that they are often the ones who end up being responsible for caregiving, Cornell’s McCluney said.

Women also are likely to be the one who ends up being the caregivers for older members of the family, McCluney said. “If companies offered better benefits packages that helped out with caregiving I think it would encourage a lot more women to apply.”

Even when companies offer onsite childcare, there can be complications, such as a very long waiting list, McCluney said.

Unfortunately, there aren’t enough companies offering onsite childcare and other benefits that make life easier for workers, said Randall White, a psychologist and an adjunct associate professor at the Fuqua School of Business at Duke University.

UMany companies find the costs and legal issues too big of a hassle to offer on-site child care, preferring to offer better family leave and other benefits instead.

The pandemic set many women back decades because when schools closed, women tended to be the ones who took over childcare, White said. “Now we’re back to traditional sex roles and stereotypes and societal expectations,” he said. “There’s a harsh price women have paid during the pandemic as caregivers—and they’re still paying it.” 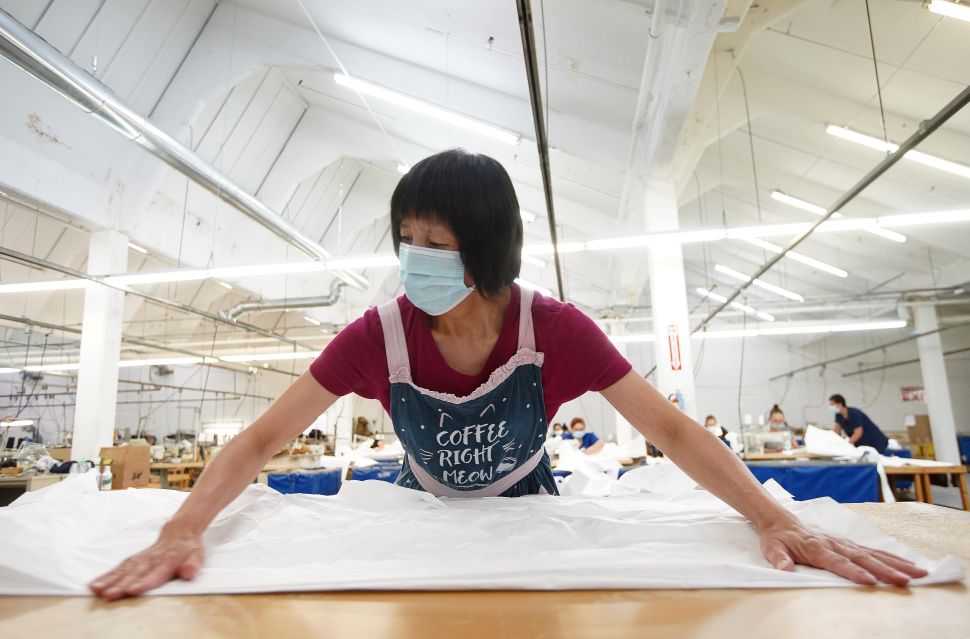