Barry Burkman is a professional killer. We’ve known this from the beginning, but the tone of Barry and his placement as a conflicted protagonist has enabled us to sympathize with him regardless. For many viewers, the world of violent crime, cops and robbers, is abstract. It’s fantasy, easy to enjoy from a place of emotional distance. But on this week’s episode of Barry, the titular assassin crosses over into more familiar and visceral forms of intimidation and terror. “limonada” is a startling reminder that, main character or not, Barry is a bad guy.

The Sopranos pulled this trick about once every season. Mafioso Tony Soprano often finds himself up against more vicious, less sympathetic mobsters like Ralph Cifaretto or Phil Leotardo who allow him to appear honorable or merciful by comparison. Absent their contrast, however, it’s easier to shake from the spell of Tony’s personal conflicts and see him for the monster that he is. For the first two seasons of Barry, Monroe Fuches has served a similar purpose; he was the bad surrogate father figure who refused to allow Barry to leave his violent life behind. It’s been possible to deflect some of the blame for Barry’s murder of Det. Janice Moss, which might never have happened if Fuches had allowed him to quit in the first place. Now, though, Fuches is out of the way, leaving Barry the hands-down worst person on the show, and it turns out that the two of them aren’t so different after all. Barry acts out of pure, cowardly self-preservation, placing his need to feel absolved of his crimes above the well-being of everyone around him.

To begin with, Barry’s belief that he can win Gene Cousineau’s forgiveness by helping him get his acting career back on track is totally delusional. Barry did not cost Gene his acting career, Barry murdered someone. Gene has told him, to his face, what he’d need to do to begin to make that right in his eyes (“Either turn [himself] in, or fucking die”), but Barry’s not willing to do that and is instead hyperfocusing on a second, totally unrelated problem that he believes he can solve. When Gene promises (at gunpoint) to keep Barry’s crime a secret, Barry won’t accept it, less because he doesn’t believe him and more because simply being forgiven will not satisfy his guilt. He needs to do something to earn that forgiveness, just not anything that will cost him his freedom, his reputation, or his life.

Instead, he passes the cost onto Sally, who as the producer and star of a television series is in position to give Gene a role and jump-start his career recovery. In fact, Sally has already attempted to get Gene an audition, which is more than anyone else is willing to do considering his long history of abusive on-set behavior. When Barry arrives unannounced to the set of Sally’s show, Sally explains that Gene is persona non grata in the business, which Barry is unwilling to accept. If Gene is unforgivable, then Barry is, too. Barry’s response to hearing “no” is to shift into full psycho mode, screaming at her and backing her up against the wall of a conference room. It’s a painful scene to watch, as Barry reveals himself to be exactly the kind of abusive partner that Sally has been trying to escape since before we even met her. Their relationship has never been what it appeared to be, built on a foundation of Barry’s lies, but up until now she has at least been able to feel safe. Now, that’s gone, and she slides right back into a habit that she warns about in her writing—staying in a relationship and putting in extra effort in order to try and win an apology that is never coming.

Whether or not Sally recognizes her dilemma as one ripped right from her series, Sally’s young co-star and mentee, Katie (Elsie Fisher) definitely does. Katie wants to do something about it, but since Barry isn’t an employee of the show and the encounter wasn’t technically unlawful, she has no immediate recourse. Sally is not the only victim here, as Katie has idolized Sally for breaking free of abuse and emerging as a powerful woman in Hollywood, and now she must question whether or not the life she desires is even possible.

Given all of these grim happenings, there’s not much room for comedy this week. Even Noho Hank, usually Barry’s reliable font of levity, experiences heartbreak in “limonada.” Cristobal is forced to end their secret affair in order to protect Hank from his Bolivian crime family, which has just been bolstered with an army of elite reinforcements. Cristobal’s boss, Fernando (Miguel Sandoval), also happens to be his father-in-law, and seeks to help remove their Chechnyan rivals so that Cristobal can return to his wife and kids. Now, Cristobal is in the challenging position of trying to keep Hank and his three cronies safe while averting Fernando’s suspicions, which requires the very sort of selfless personal sacrifice of which Barry does not seem capable. There are glimpses of other healthy relationships sprinkled throughout the episode: the opening shot, in which Barry watches a couple share a pleasant conversation, and even the breakup of the couple with too many dogs demonstrates an honesty that Barry and Sally desperately need.

The episode closes with Gene having escaped captivity and returned home to his son and grandson, only to find that Barry’s gotten there first, with the news that he’s secured them both guest roles on a hit legal drama. Barry issues a quiet but deadly serious threat to Gene: Indulge his fantasy of being a loving surrogate family, or his real family will suffer the consequences. Gene has no choice but to acquiesce, and lifelessly repeats “I love you, Barry” upon request. Barry doesn’t need Gene’s love or forgiveness to be real, he only needs it to feel good. The lens of the show, now attached to Gene’s experience rather than Barry’s, depicts this as the true horror that it is.

This season is not just about Barry scrambling for forgiveness from Gene, or even from himself. He’s got to earn it from us, too. 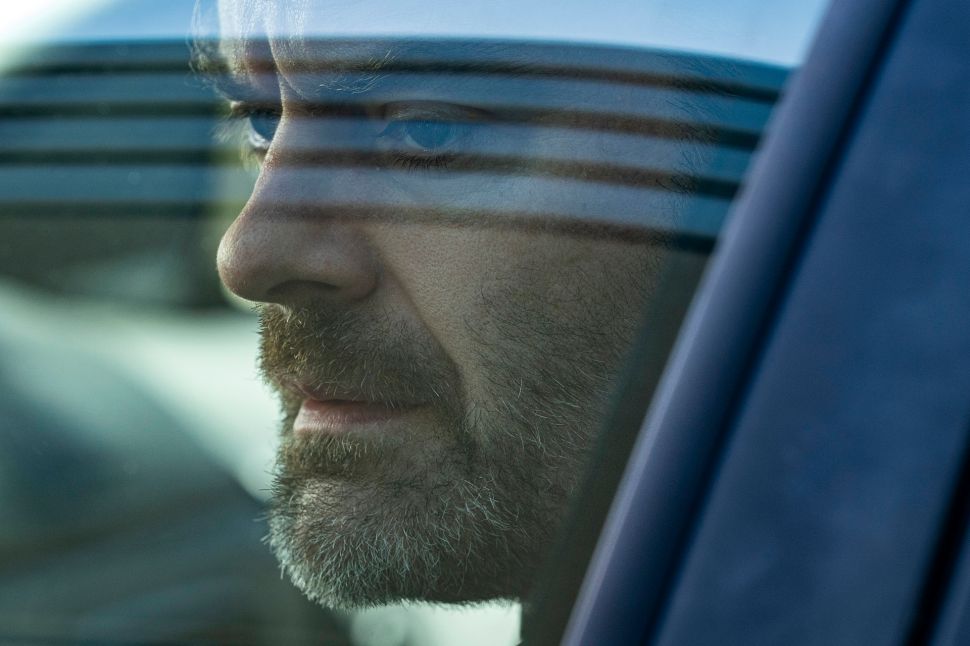