This season of Barry continues to explore the consequences of broken trust and the difficulty of breaking out of cycles of violence, vengeance, and abuse. It’s compelling television, though increasingly difficult to classify as “comedy.” “ben mendelsohn” is about bad apologies and forced forgiveness, and how neither is worth a damn.

On the set of the hit show Laws of Humanity, Gene Cousineau gets his makeup done side by side with Barry, the man who murdered his girlfriend and is threatening the lives of his son and grandson. This bit part is Gene’s return to television after years in exile for his abusive workplace behavior, of which Laws of Humanity’s showrunner was once a victim. And now, thanks to Barry vouching for his emotional and ethical growth, Gene even has a line of dialogue in their scene together, a scene that Barry might as well have written himself. Barry plays a pharmaceutical executive who apologizes for price gouging; Gene plays a grieving husband who responds “I forgive you.” This Barry’s fantasy, the one he’s holding Gene’s family hostage to manifest, by coincidence offered to him now through the process of making television.

Well, not entirely by coincidence. This season of Barry reflects on the real-world reckoning within the entertainment business and beyond against predatory behavior and the culture that protects it. It’s easy to imagine that a show like Laws of Humanity, which is about a lawyer who seeks not only financial compensation from his adversaries but also personal apologies and a promise to correct their behavior, might be borne out of some network executive’s misguided effort to capitalize on this moment. Laws of Humanity appears to apply the sentiment behind this movement with clear-cut, wrapped-in-45-minutes network TV simplicity, which is the kind of absolution that Barry craves. But in the world in which he lives, as in the real one, there are no quick fixes for the kind of harm he’s caused.

Meanwhile, in another scathing condemnation of the culture of Hollywood media, Sally prepares to face her first press junket, in which a marathon of journalists, critics, and talking heads will bombard her with questions about her television series, Joplin. Except nobody has any real questions. Sally’s show tackles the fraught subject matter of abuse and recovery, but she’s instead forced to answer vapid inquiries that have nothing to do with her work, like casting the next Spider-Man. Popular culture is too preoccupied with superheroes and silly gossip to engage with the material she’s producing. In fact, there’s little evidence that any of the interviewers have familiarized themselves with her work at all, save for one, who unknowingly puts Sally’s young co-star Katie (Elsie Fisher) in a terrible position. Katie has been haunted by witnessing Barry scream at Sally, and when a reporter asks her to comment on Sally’s new “healthy relationship,” Katie is forced to lie through her teeth to protect both of their reputations.

Katie is learning firsthand how even well-meaning people who know better can get trapped into enabling or apologizing for abusive behavior. Will she eventually talk herself into believing that Barry is fine despite all evidence to the contrary, the way his former classmate Natalie (D’Arcy Carden) has? Will she risk her career trying to remind her mentor of her own lessons? Or will she be discouraged from pursuing her dreams and leave the business altogether?

Meanwhile, estranged lovers Noho Hank and Cristobàl are coping with a different kind of hostile work environment, as they try to keep their respective crime families from exterminating each other. Cristobàl has the trust of his boss and father-in-law, Fernando, and convinces him that they are better off packing up their crew and returning to Bolivia than going to war with the Chechnyans. Hank’s stock is not quite as high with his associate, Batir (JB Blanc), who wants to plant a bomb underneath Cristobàl’s house. Hank’s insistence that Fernando should be their target instead and that they should hire Barry to do the job has roused Batir’s suspicions that Hank is hiding something. The high-stakes drama around Noho Hank’s love life is engaging, but it is tamping down on his utility as a comic relief character. With the story around Barry being so bleak, we could use some reminder that this show is ostensibly a comedy, if not from Hank, then from somewhere.

We do get a few laughs out of Fuches (Stephen Root), whose exile in Chechnya has turned into a honeymoon of sorts with Ana (Marika Dominczyk), a warm-hearted local woman with whom he’s tending to a herd of goats. When Hank calls to summon him home (with the secret intent of feeding him to the cops), Fuches declines, having found peace in his new pastoral lifestyle, but one quick chat on the phone with Barry reignites his thirst for vengeance. Believing he has an opportunity to bury the hatchet between them, Fuches offers Barry a non-apology apology (“I’m sorry for whatever it is you think I did…”), and then offers him some suggestions as to specific things for which he might want to apologize. Barry isn’t interested, which is enough to send Fuches flying into a rage. Stephen Root is an absolute treasure, and watching his facade of inner peace crumble under minimal pressure is a delight.

Fuches is right about one thing, and that’s the futility of Barry’s attempts to win back Gene’s friendship. While shooting their scene together for Laws of Humanity, Gene refuses to offer Barry the satisfaction of hearing his character’s forgiveness and decides to stand up for himself, punching Barry in the face and warning him to stay away from him and his family. To the people on set, this likely appears to be one of Gene’s famous flip-outs, which could extinguish any hope of a career revival for good, but that may be part of the point. If he has Janice’s killer to thank for his second chance, then it’s not worth it. He’s also called Barry’s bluff; Is Barry really willing to kill him or his family on the chance that he’ll run back to the authorities? If he is, it doesn’t seem foremost on his mind. Instead, Barry accepts the hit on Fernando, once again looking for purpose in professional violence.

With his delusion of forgiveness broken, Barry again believes that he’s ventured too far into the darkness to ever truly return. One wonders, will there ever come a point when the same is true of the series itself? 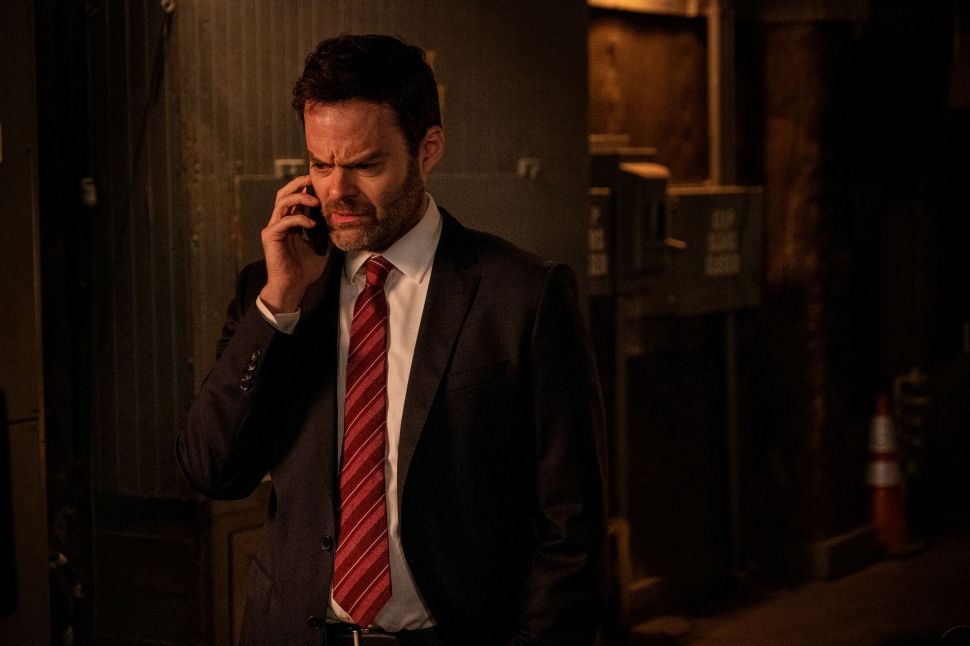