For the past few weeks on Barry, the laughs haven’t come easy. Bill Hader, Alex Berg and company have been using this season to ponder complicated emotional issues and to willfully peel away at the fun of their own premise, to great effect. Barry is a more challenging series than ever, and that’s admirable. All that being said, this week’s episode is the closest Barry has come to being a pure comedy in ages, and frankly thank God. “710N” is a gag-heavy episode that offers a full serving of laughs with a side of dread, rather than the other way around.

The episode opens with a scene of comedic dialogue being interrupted by violence, which is basically par for the course on Barry. Fuches (Stephen Root) has incited a biker gang to exact vengeance on Barry for the murder of one of their own and, not being entirely stupid, they put a bullet in his chest rather than leave a loose end hanging. The camera lingers on Fuches’ limp body in the desert, and when the opening title hits, we are meant to imagine that the show has just killed off one of its funniest characters. But, after cutting back to a number of much lighter subplots, writer Duffy Boudreau throws us a lifeline, and we see that Fuches has been rescued and nursed back to health by a kind family. Fuches awakens in an almost identical scenario to his exile in Chechnya, tended to by a sweet young woman (Natalia Abelleyra) and offered the chance to stay with her family and help tend to their goats. The parallelism is not lost on Fuches, who sees it as a sign that it’s time to start a new life, right up until he sees another sign that reignites his lust for revenge against Barry. Stephen Root slays in this subplot, playing the entire arc of this mood swing to perfection, as does Sal Lopez as the family’s patriarch, a parody of the hack inspirational drama Fuches believes he’s fallen into.

Meanwhile, the investigation into the murder of Det. Janice Moss has a breakthrough, as FBI Special Agent Albert Nguyen (James Hiroyuki Liao) begins to suspect that his old Army buddy Barry might be involved after all. He reaches out to Sharon (Karen David), the widow of another soldier they served with, Chris. Chris is yet another of Barry’s victims, killed back in Season One for getting too close to his secret. It seems at first as if Sharon is going to create a comedic dilemma for Barry, as she takes Albert’s suggestion and invites Barry to dinner. Barry excitedly accepts, seeing this as a new beginning. (As an audience, we might assume this will become another social life raft for him to sabotage.) When he’s attacked by the biker gang on the way to the party, it’s as if Barry is being chased down the highway by his old life and trying to arrive at the new one undamaged. The comedy would come from his either arriving ruffled or ironically unscathed. We get the latter, as he survives the attempt on his life and arrives at Sharon’s door with a smile and a box of beignets. But Barry hasn’t actually escaped. Instead, after dodging machine gun fire for miles, he is immediately poisoned by Sharon, who has also been recruited into Fuches’ revenge scheme.

The bike chase itself is an effective piece of TV-scaled action. Skipping the middle man, Barry casts experienced stunt riders as the dirt bike gang (led by Jolene Van Vugt and David Castillo), and sets them loose onto the bumper-to-bumper traffic of Los Angeles. Stunt coordinators and performers have limited time and money to design their gags on weekly TV, so they have to make a lot out of relatively little. Here it’s the direction of Bill Hader and the sound design that makes motorcycles splitting lanes between stationary cars seem extraordinarily dangerous and thrilling, even if it’s something that’s common and even legal to do in California. The production limitations are also exploited to the benefit of the comedy. We don’t see the penultimate biker get hit by Barry’s car, we only see them fly through his windshield into the passenger seat, and it’s both funnier and more brutal that way. Finally, we close the episode by learning that this entire chase has been a long setup to the tasty punchline of Barry’s just desserts.

While Barry is hurtling towards his (certainly impermanent) demise, Sally is deciding where to take her career after her critically-acclaimed drama Joplin was summarily canceled by a streaming algorithm. Surprisingly, BanShe offers her a spot on the writing staff of The New Medusas, a more approachable and very silly comedy. This is one of a few scenes in this episode that feel like really good sketch premises that happen to fit perfectly into the show. Guest star Vanessa Bayer is right in her groove here as a BanShe executive who describes shows only with guttural noises, which feels like a character right out of her work in an SNL digital short or I Think You Should Leave. In a show that’s been dragging comedically, Bayer provides a solid inning of relief pitching. But she’s not alone—Fred Melamed is back as Gene’s agent Tom, who delivers even the most mundane dialogue as if it’s key information in a serious drama. While he seemed a bit out of place in previous episodes, he’s a much better tonal match for the show as it exists this week.

But the comedic MVP of the episode is undoubtedly Mitch (actor Tom Allen), the baked-out baker whose shop is Hollywood’s flavor of the month, not only for his beignets but for his improbably sage advice. Sally, Barry, and Noho Hank each receive words of wisdom from the half-conscious confectioner, and it’s a scream each time. Though there’s an opportunity to turn him into a recurring character (he wants to go into business with Hank) I’m not sure it would be a good idea to keep returning to this particular well. However, more bits in this general vein would certainly be welcome.

Aside from Barry’s poisoning, there’s only one particularly grave portent in this episode, which is the arrival of Janice Moss’s father, Jim (Robert Ray Wisdom). Ever since her disappearance, we’ve had the luxury of viewing Janice’s death almost exclusively through the eyes of Gene, a character who is still attached to the comedy of the show. As Barry broadens its scope, we will now become privy to the pain her murder has caused to people who were a part of her life a lot longer. Of all of the players being dragged into the story by Fuches’ plot, Jim bears the most emotional weight in our narrative. Gene’s life is being slowly repaired, and he’s moving on in a way that her close relatives may not be able to. So as much as this episode has been a breath of fresh air, there’s certainly a deep plunge ahead. 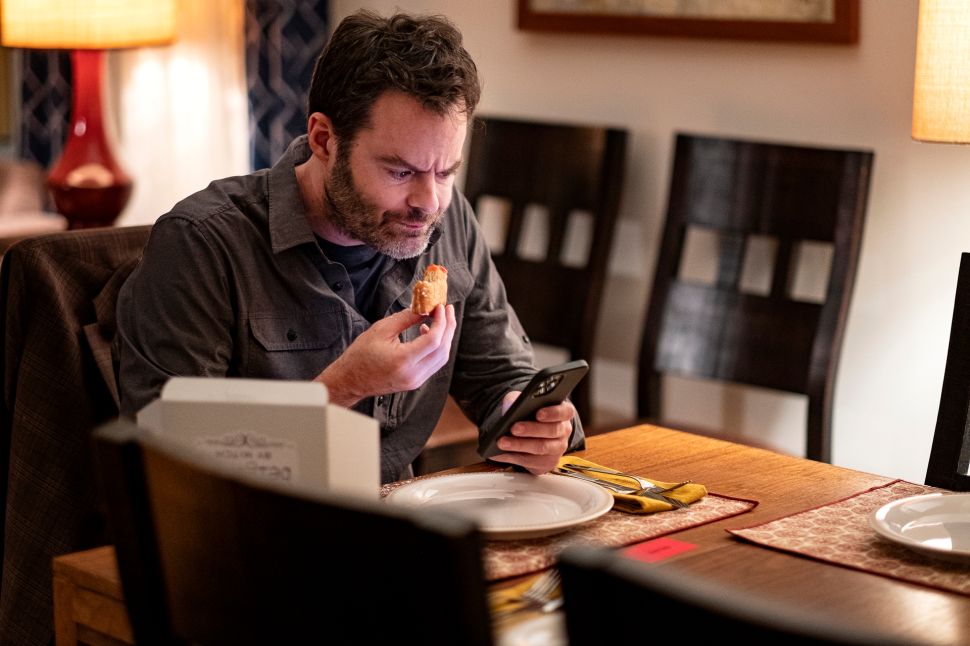