China’s harsh zero-Covid policy is taking a heavy toll on its economy, to the point where it poses a threat to China’s long-term prosperity. April economic data suggest the world’s second largest economy could see no growth this quarter and the lowest annual growth in more than four decades. If China’s growth has slowed to a halt, it could have serious implications for not just China but also the developed world whose economies are deeply intertwined with China’s.

On May 25, China’s Premier Li Keqiang, the second most powerful leader after President Xi Jinping, held a rare emergency meeting with about 100,000 Chinese Communist Party officials from local governments, banks and state-owned companies, calling on them to make an effort to stabilize the shaky economy. At the meeting, Li set a goal to keep China’s gross domestic product (GDP) growth above zero in the current quarter ending June 30, which is conspicuously unambitious compared with China’s official target of 5.5 percent annual growth set at the beginning of the year.

Since the omicron variant hit mainland China in early March and the Chinese government responded with strict lockdown measures that effectively halted normal economic activities, investment banks and economic research groups have cut their China GDP forecasts multiple times. Goldman Sachs has cut its projection from around 5 percent to 4 percent. JPMorgan and UBS peg 2022 growth at around 3 percent. Bloomberg Economics, the most bearish of all data providers, predicts China’s GDP to grow just 2 percent this year, almost a full percentage point below its projection for the U.S.

Even if China’s GDP growth slows to 2 percent, we probably won’t see it in official data. Xi has promised that China will grow faster than the U.S. this year, said Mary Lovely, an economics professor at Syracuse University and a China expert at the Peterson Institute for International Economics. “We will not see an official growth number below 3 percent. However, the slowdown is hurting Chinese households, even those not directly struggling with Covid lockdowns. Chinese citizens will certainly realize that growth has slowed,” she said.

The Chinese economy began showing signs of a slowdown even before the Covid-19 outbreak. And the pandemic is making things worse.

The most alarming data point of China’s April economic reading is a record-high unemployment rate among the younger workforce. It’s estimated almost one in five people ages 16 to 24 were without a job in April. The unemployment rate for people ages between 25 and 59 reached 5.3 percent, the highest level since June 2020.

Real estate, which accounts for a quarter of China’s $18 trillion economy and a major growth engine for the past two decades, is facing a crisis driven by mounting corporate debt and sluggish housing demand.

The collapse started with Evergrande Group, one of China’s largest property developers, defaulting on $20 billion worth of U.S. dollar bonds in December 2021. Its smaller peers have a similar problem. Since the start of this year, 22 China high-yield property bond issuers have either defaulted on their U.S. dollar bonds or deferred interest payments, according to Goldman Sachs. The bank expects that nearly a third of of China’s high-yield property bonds to default this year. It had previously predicted 19 percent.

Another major piece the Chinese economy, the tech sector, is also struggling. Internet giants Alibaba, Tencent and JD.com all posted their slowest revenue growth on record for the most recent quarter and announced massive layoffs.

When will the Chinese economy recover?

As the lockdown drags on, analysts are less and less optimistic about China returning to normal. Xi has reaffirmed his zero-Covid policy despite criticism from the World Health Organization and his party’s pragmatic minds (like Premier Li) pushing for rapid reopening.

Earlier this week, Beijing rolled out a stimulus package that included tax rebates, deferred payments on social programs, low-interest loans and other items intended to boost business activities. However, with tens of millions of people still restricted at their homes, it’s unclear how well the stimulus will work.

“The monetary authorities are struggling to increase credit growth even as banks have funds to lend—who wants to borrow when demand is not growing?” Lovely said. 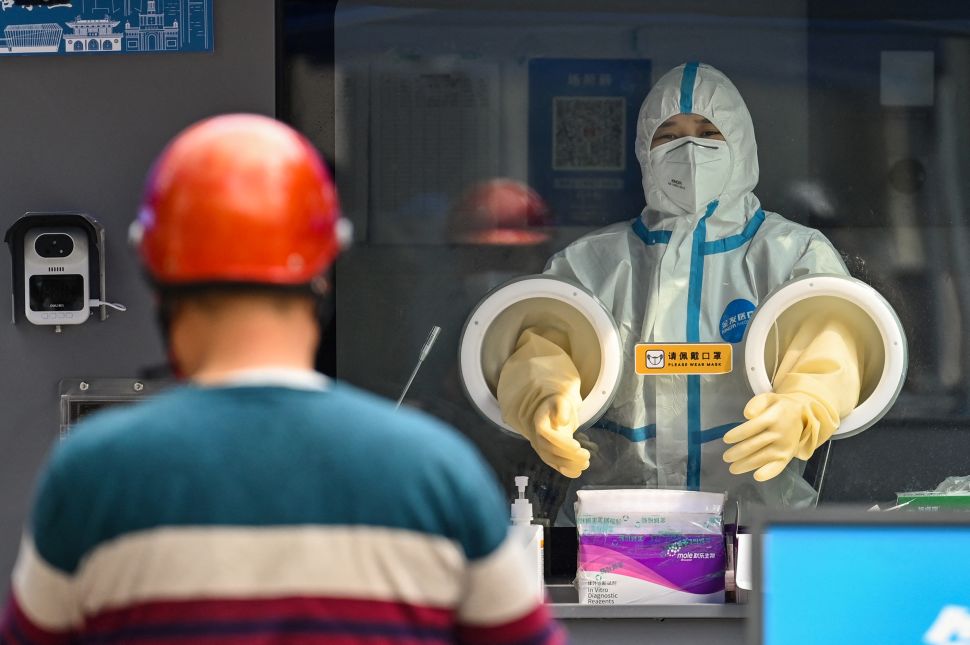