For decades, car companies have marketed pickup trucks as tough and rugged, made for real men doing real man things. Those appeals to conservative masculinity have paid off, and according to one analysis, Republicans buy eight heavy duty pickups for every one bought by a democrat.

But the power built into the new Ford F-150 Lightning might overcome any prejudices against a vehicle designed to cut back on climate damaging emissions and thus potentially associated with liberals warring against climate change, experts say.

“It’s likely that the power of this EV could override concerns conservative men have about supporting a green vehicle,” said Ronald Levant, a professor of psychology emeritus at the University of Akron and coauthor of The Tough Standard: The Hard Truths about Masculinity and Violence.

Power, for some men, is what masculinity is all about, Levant said.

Looking at it from a rational point of view, performance should trump everything else, said Nancy Wong, a professor of consumer science at the University of Wisconsin. “Maybe the earth-friendliness can be seen as a bonus.”

Another driving force could be the current high price of gas and the impact that is having on contractors’ bottom line, said Art Wheaton, an expert on the automotive sector and director of labor studies at Cornell University. Electric vehicles have the added benefit of being much lower maintenance than gas powered trucks, he said.

Indeed, it appears there’s a huge demand for the electric version of the truck that has been the best selling vehicle in America for decades. Ford said 200,000 would-be buyers have made reservations to purchase the Lightning and it’s expanding its  Rouge Electric Vehicle Center in Michigan to crank out 150,000 trucks annually.

Unlike some of the earlier climate friendly vehicles, the Lightning is peppy, going from zero to 60 in under five seconds, according to Ford. It’s also got twice the towing capability—10,000 pounds—of its gas-powered siblings.

While many of the folks buying pickup trucks tend to be from rural America, where having a vehicle to haul and tow is a necessity, the truck’s appeal may be broader than that, Wheatons said.

“There’s a wide swath of the general public buying pickups primarily because they are convenient,” Wheaton said. “If you have a construction company it’s one of the basics, but also if you are camping you can throw your gear and bikes in the back. You may prefer a pickup to an SUV if you want to carry manure in the back for your garden.”

The Lightning has particular appeal because “it’s extremely capable and has the highest amount of torque in any Ford, ever,” Wheaton said. “And it’s a cheap work truck at about $40,000.”

One thing that may hold the Lightning back is the batteries, Wheaton said. “Ford could probably sell 500,000 of them but they can’t get the batteries because of short supplies of lithium and nickel,” he added. “The war in Ukraine has not helped.”

Moreover, when it comes to the environment, the new EV pickup may not be a panacea, Wheaton said. “Lithium is not easy to source and it comes from giant open strip mines—that’s not great for the environment or the water supply. It’s great from the aspect of emissions, but it’s not like it has zero impact on the planet.”

Along with the battery issue, Wheaton said, there’s also the fact that the truck has to be bigger to accommodate the heavy batteries, which has an environmental impact as well. “You’ve got to have all that sheet metal and plastic and that comes at a cost to the entire system.” 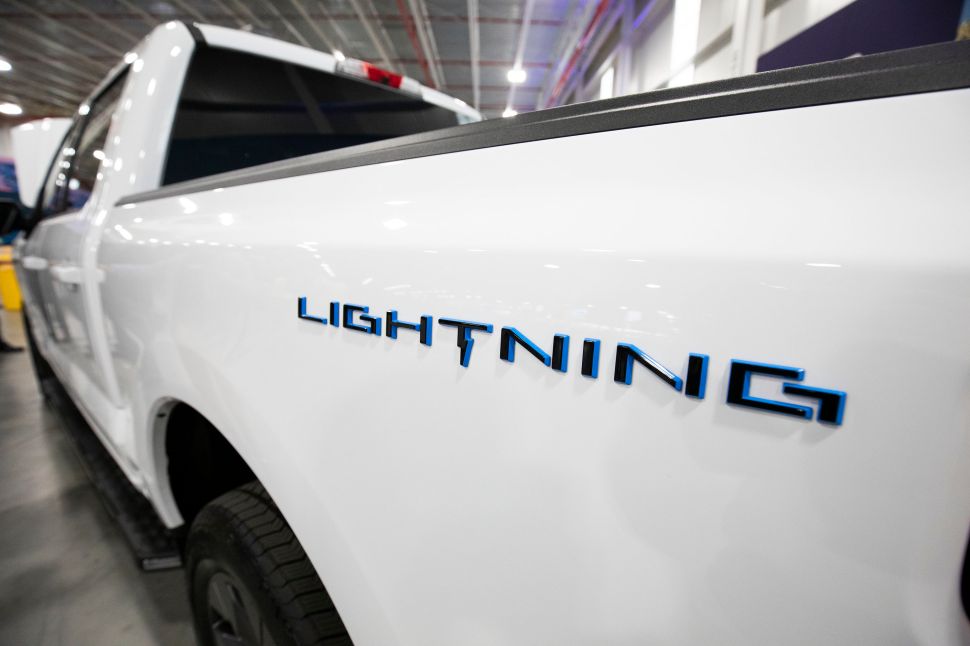