“You’re not doing this publicly, are you?” asked the father of a playwright debuting this week at the Cherry Lane Theater. “Yeah,” the newbie playwright shot back. “That’s how theater works.”

Theater, in this case, is a cycle of five full-length solo plays collectively slugged True Stories (because they are), written and performed by the people who experienced them. Each gets five performances in repertory over the first three weeks of this month, running from May 3 to 22.

The director and dramaturg on this project is Gretchen Cryer, who famously co-wrote with Nancy Ford her own ticket to stardom with I’m Getting My Act Together and Taking It on the Road. Based on Cryer’s life experiences and performed by her, it opened June 14, 1978, at Joe Papp’s Public Theater and closed March 15, 1981 at the Circle-in-the-Square (Downtown), logging up a total of 1,165 performances. Then, there was the 1981 West End production.

It also inadvertently opened Cryer up to a 19-year cottage industry of “helping others get their acts together and take them on the road,” as she puts it. “I coach other people’s acts, get them on their feet, shape them and show them. That’s basically what I do.”

In 2003, Cryer was invited to Colorado College to teach Solo Performance 101. “They were under the impression Getting My Act Together was a solo piece. It wasn’t. It had a rock band and other characters, but that’s what they thought so it got me a college-teaching job.”

On “graduating,” she took this concept of creating solo shows into the private sector and opened up a whole new world for untheatrical layman. “It’s an exciting process that requires courage and a willingness to embrace the unexpected,” she explains.

Four out of the five plays being presented at Cherry Lane began with a blank page—until Cryer stepped in.

“It’s not just directing a play I was given,” she says. “It’s helping them create their piece. They’re from different walks of life, but they all have their stories. They didn’t know what story they wanted to tell until we got together, and they gradually discovered their stories. We have many living room presentations—in my living room—with feedback from a handful of people. It’s fun for me because I’m in on the whole ride. Each show takes three or four years to come to fruition, and I see something grow in front of my eyes, from a time before there was a show. I love it.”

The exception to the blank-page beginnings was written by Cryer’s son, Jon Cryer. The two-time Emmy Award-winning actor turned in 352 pages of a memoir called And So That Happened to Penguin Press in 2015. Mother sensed a solo show there somewhere. And voila! One emerged.

Enter An Actor’s Nightmare, which, like the other four plays, runs 70-or-so minutes. “Basically, Jonny’s play is about having been a theater geek. People know him from television and film, but he started out a theater geek. He spent four summers of his teenage years at Stagedoor Manor, a theater camp in upstate New York. He hasn’t performed in front of a live audience in maybe ten years. He’s just been doing TV and film—Two and a Half Men was 12 years—so it’s great to get him back to theater.”

With the actor on the West Coast and his director on the East, the Cryers communicated on this exclusively via Zoom. He’s had to forego the luxury of his mom’s living room presentations. “We’re asking audiences here to stay 15 minutes after the show and give us feedback,” she says.

It took a pandemic to convince the actor to partake of Mom’s theater-making prowess. “One day she said, ‘Hey, we should do one,’” Jon says. “And when Covid hit she pointed out some things in this book I wrote about how surreal my particular journey in show business has been. She said, ‘There’s a theme there.’ It was what theater had meant to me. When Covid shut theaters down, that made it all the more acute. It gave urgency to what theater brings to people and how it’s changed me.”

Directorially, Cryer is currently divided five ways. “She has individual sessions with everybody, but they’re all concurrent,” Jon explains. “I think Abby Stokes’s play is one she’s developed a while longer. I’m still writing mine, very much a work-in-progress, but the talkbacks are ahead.”

“Mom has lots of possibilities,” Stokes declares with considerable lightness. One is Arnold Palmer. When her mother was at the Greater Hartford Open golf tournament, a rainstorm came up, and she wound up huddling significantly with Palmer in a tool shed. This might explain why she is the only one in her family with blonde hair.

In her non-playwriting life, Stokes teaches computing skills to older adults and has written five books on navigating the digital world. “This was not the story I intended to tell,” she admits of A Good Girl Doesn’t. “I actually went to Gretchen because I was working on a book about libido changes from the age of 50 and I had done 65 interviews across the country. I thought it would make a great solo piece, and Gretchen said to me, very astutely, ‘Why were you comfortable asking a nun why she masturbates or if she masturbates?’ And I said, ‘My parents were swingers.’” And they were off to the races.

When she did a tryout of A Good Girl Doesn’t, a woman in the audience asked why Stokes had written a particularly unpleasant scene. She said she wrote it because it happened. “Everything in the show happened?” the woman asked. “Every goddamn word is true,” Stokes said.

“That’s the point of all these shows that Gretchen’s directing. They’re all true stories, from beginning to end. I would never have written this. It was Gretchen peeling back the onion every time I saw her. She kept on seeing things and getting me a little farther down the path.”

Linda Manning was already a playwright and an actress when she contacted Cryer about doing her first solo show. “Perfect Love is about growing up in a difficult environment with predatory men,” she says. “In response to that, I created a very rich, intense, fun fantasy life which I’d escape into. Then, when I became an adult, that fantasy life wreaked havoc on me being present and living in the real world. It wasn’t until my mid-40’s that I really started to face and deal with my history and what happened to me and be able to confront it. The piece is really about that arc of coming to understand what happened and why it happened.”

Yes, it’s a comedy—“a laugh-out-loud dark comedy, because you have to. That’s part of life.”

But it is not easy to do. “It’s a struggle to stand up and tell the truth about yourself. For people who have gone through sexual trauma or abuse, it takes years to be yourself, let alone write a piece and get up and do it, but it’s something I wanted to do a long time.”

Steve Wruble’s Escape from Daddyland has daddy issues quite different from those in A Good Girl Doesn’t. These particular ones drove Wruble to become a psychiatrist “to understand myself and my world,” Wruble says. His father’s claim to fame was being Elvis Presley’s proctologist, and his son wanted to follow in those footsteps, whether the field interested him or not. It didn’t, and he switched his major to psychiatry a year before graduating—with Daddy’s belated blessing.

“There were a lot of other issues growing up,” Wruble insists. “I was born cross-eyed, pigeon-toed, and Jewish—that’s three strikes right there.” The eye problem was resolved, “but I never believed in myself intellectually and didn’t know I was smart until I got to college and studied.”

There were marital problems along the way. (“Our couples therapist told us we were perfect for divorce—who says therapy can’t be helpful?”) But daddies are not so easily divorced.

His first step toward escaping Daddyland was to stop being Orthodox. “I embraced that,” he confesses. “My father told me not to tell my children because it would hurt them. I said, ‘You mean you want me to pretend to be somebody I’m not?’ He said, ‘Yeah, that’s exactly what I’m saying.’ I said, ‘Well, how are my children supposed to know who they are if they don’t know who I am?’ He said, ‘Trust me. Knowing you would be more of a problem.’”

Helping the medicine go down are five original songs Wruble wrote to sprinkle into the show.

Alex (a.k.a. Alexandra) Petrullo also uses songs—three original and four borrowed—to put across her Crave. It’s an autobiographical piece about moving from St. Louis to New York to pursue her dual dream: become an actress and find true love (not necessarily in that order). She puts in five years at the Barclay Center, falls in love with a bar mitzvah deejay and a chaotic fairytale ensues.

“I went to school to do musical theater,” Petrullo says, “and I remember in my senior year, thinking, ‘This doesn’t vibe for me. I’m going to do this my way. I really want to write and create my own stuff. Finally, I met Gretchen, and, with her, we found the show, the voice. She has been the most transformative experience of my life! Not to be dramatic, but hey—this is theater!” 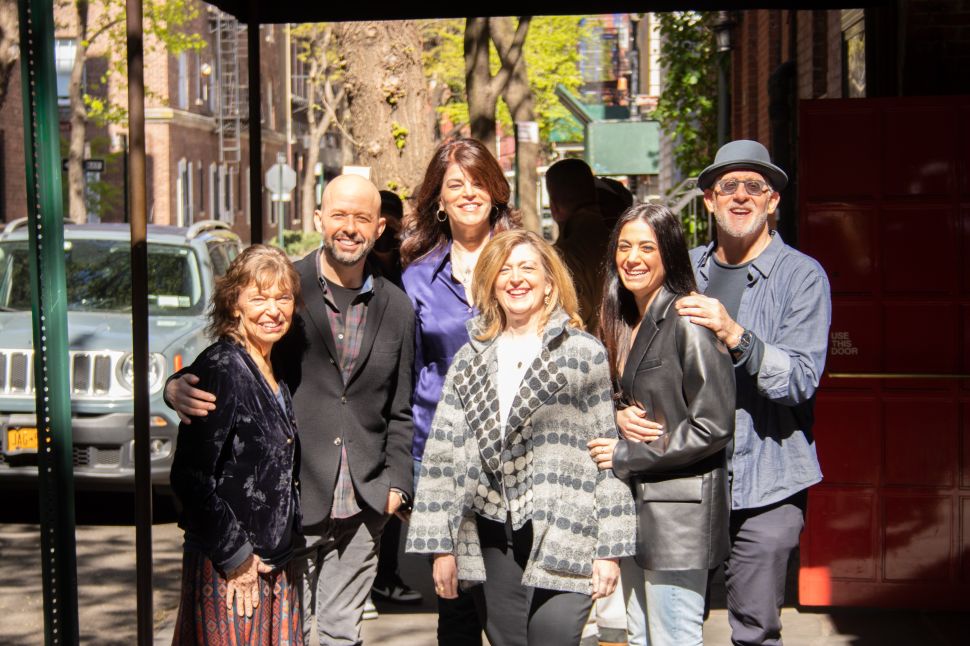