The title Happening doesn’t make much sense for a movie about abortion (adapted from a novel of the same name), but I suppose director Audrey Diwan means for it to be open to many interpretations. Although set in the repression of 1963, when abortion in France was illegal, I’m sure women everywhere will relate, one way or another, to the predicament of a serious student who finds herself pregnant and wants to free herself of the life-changing consequences.  It was a time when if you were lucky, they called it a miscarriage. If you were not, you faced prison or death.

Doubly harrowing because although under normal  circumstances it might seem well-made but rather ordinary and unsurprising, Happening is suddenly, horribly explosive again and intelligent people throughout the world are re-thinking the changes that will inevitably occur if women no longer have the constitutionally guaranteed right to choose.  Based on a semi-autobiographical novel by Annie Ernaux, who cowrote the screenplay with Marcia Romano and director Diwan, with a tender, touching central performance by French-Romanian newcomer Anamaria Vartolomei, Happening is a movie of chilling honesty that follows a young woman named Anne from her English Lit classes through every aspect of a terrifying, unwanted first pregnancy—including routine medical exams, scary food cravings, and emotional roadblocks of every description. The extraordinary Ms. Vartolomei X-rays every stage of the unavoidable stress. She’s remarkably calm and self-contained, but the panic in her eyes is palpable. A doctor prescribes injections to bring on her period, but they don’t help. This begins a series of hopeless visits to technicians who are reluctant to voice any opinion at all for fear of arrest—or worse. At 5 weeks, an experienced fellow student she confides in is sympathetic, but tries to seduce her.  At 7 weeks, she starts flunking her classes. Confessing to her best girlfriends, she’s rejected.  Then the real horrors begin: the painful insertions of foreign objects, the primitive needles, the medicines that only strengthen the embryo instead of shrinking it. At 9 weeks, running out of time and stung by the reality of facing a dismal, desperate future alone, Anne follows the crude instructions in a medical journal and narrowly escapes self-destruction.

The actual abortion, with the aid of a fellow student and a pair of scissors, is as graphic as the cinema can get, but Anne’s valiant attempt to survive without making a noise makes Happening an experience both breathtaking and unforgettable. Almost too agonizing to watch, I urge you not to miss it, and sincerely hope the people who made it are making immediate plans to set up a mandatory screening for the Supreme Court. 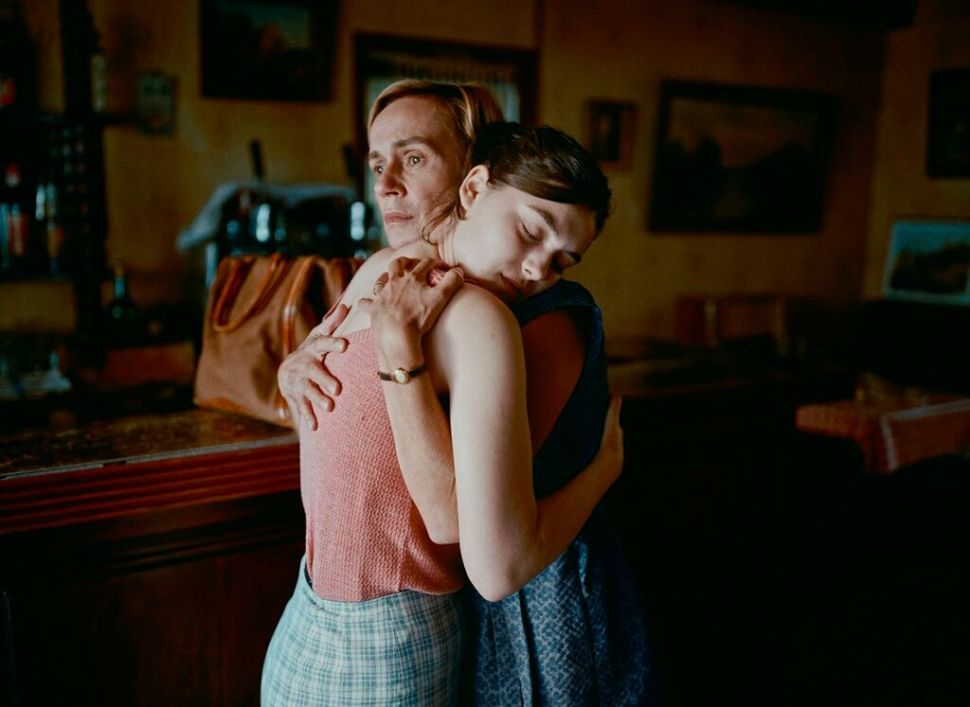