Comfort has never felt more discomforting than it does in On the Count of Three, a profound new comedy about suicide, mental health, depression, and the absurd lengths we go to help the strange people we love.

The directing debut of comedian Jerrod Carmichael (who also stars) and written by Ryan Welch and Ari Katcher (who co-created — with Carmichael — the comedian’s NBC sitcom The Carmichael Show), the film confronts with frankness and humor both mordant and generous the kind of hopeless depression many of us have contended with in some form but rarely give voice to outside of our therapist’s office.

A gentle yet high-caliber mash-up of Sartre and Wes Anderson’s Bottle Rocket, Carmichael’s film is irreverent, serious, and heartrendingly sad in ways so crushingly honest that the unlikely outcome is spiritual uplift.

Lingering in the minds of anyone who had the good fortune to catch its premiere at last year’s Sundance, this is a movie that doesn’t feel produced as much as exorcized from Carmichael’s dark heart. That it is has finally arrived in theaters, on the heels of Carmichael’s soul-bearing HBO stand-up special Rothaniel and his triumphant turn as a host on Saturday Night Live, feels something like a coronation combined with the manifestation of a demon that lives in all of us.

On The Count of Three tells the story of one day in the life and possibly death of two best friends from childhood— Carmichael’s Val, in a portrayal exuding such weighty melancholy that you need a backhoe to lift it, and Kevin, played in one of the more remarkable and perceptive performances of any film released this year by Christopher Abbot, star of the 2019 Hulu miniseries adaptation of Catch-22 and HBO’s Girls.

The film begins in the late morning with the pair attempting a suicide pact in the alley of a strip club and journeys both forward and backwards from then.

It is Val’s idea; estranged from his father (J.B. Smoove), having recently ghosted his girlfriend (Tiffany Haddish), and despising his job shoveling gravel, he has lost his sense of purpose and ability to imagine joy. Val’s despair is essentially situational, but as Carmichael embodies it, registers as much more, as if his current misfortune has given him a glimpse of the unsparing emptiness of the universe.

Kevin is in a different situation. Currently institutionalized for a recent suicide attempt, he is a lifelong sufferer of mental illness and depression, both of which were compounded by the childhood trauma experienced through sexual abuse by his pediatrician (Henry Winkler) and physical and psychological bullying by classmates.

Sounds hilarious, right? Carmichael and his two screenwriters are somehow able to use this desperate setup to mine comedy of every ore, from ironic to incendiary, all of it underlined by a palpable tenderness created by two performers deeply attuned to each other. “Thanks for hitting my dad over the head with a tire iron,” Val tells Kevin after one of their last-minute errands goes horribly wrong. “You’re a good friend.”

Carmichael’s clout explains the topflight supporting cast. With limited screen time, Haddish absolutely slays in both of her scenes; it is refreshing to have a female character written with her own needs and outlook and not as a pivot for the emotional growth of the male lead. Breaking Bad’s Lavell Crawford, playing the owner of a motorbike track where the pair worked as boys and where they return for one last ride, beautifully represents the sort of accidental father figure that young men with broken childhoods collect in their lives.

But it is Abbott who astounds. The James White actor taps into his own prickliness and inscrutability with a nuanced understanding of the way in which trauma affects our ability to process the world around us and does so with a sense of wonder and discovery that illuminates the film’s darkly humane comedy. It’s a performance that should be studied in both medical schools and drama classes for years to come.

The nearly impossible tonal tightrope the film manages to walk so assuredly is greatly aided by the emotionally perceptive score by Canadian composer and violinist Owen Pallett, Oscar-nominated (along with collaborators Arcade Fire) for his work on the soundtrack to Spike Jonze’s Her. Whether it is the weightlessness of a spin on a dirt bike or the tension of an elevator ride in a medical building that may result in homicide, Pallett’s sparse orchestrations give tone and color to the characters’ roiling torment.

The film is so skillful at navigating the difficult topic at its center, you will almost miss the clever and necessary things it has to say about gun control, race, or even homosexuality (a subject at the center of Carmichael’s stand-up special). But this is a movie about suicide and what it means to be at that point where that possibility feels like a welcome relief, a fact that makes the film both difficult to deal with and impossible to ignore.

If you have lived long enough, you likely know someone who died of suicide. I am 50 and I have known three people who have; I think about each of them at least once a week if not more. Watching and considering Carmichael’s remarkable film gave me a chance to yell at them, to laugh with them, and to recognize in a fuller way what they were going through.

Basically, by loving this movie, I got another chance to tell them that I love them too.

If you or someone you know is struggling with suicidal thought or with mental health, call the National Suicide Prevention Lifeline at 800-273-8255 to connect with a trained counselor or visit the NSPL site. 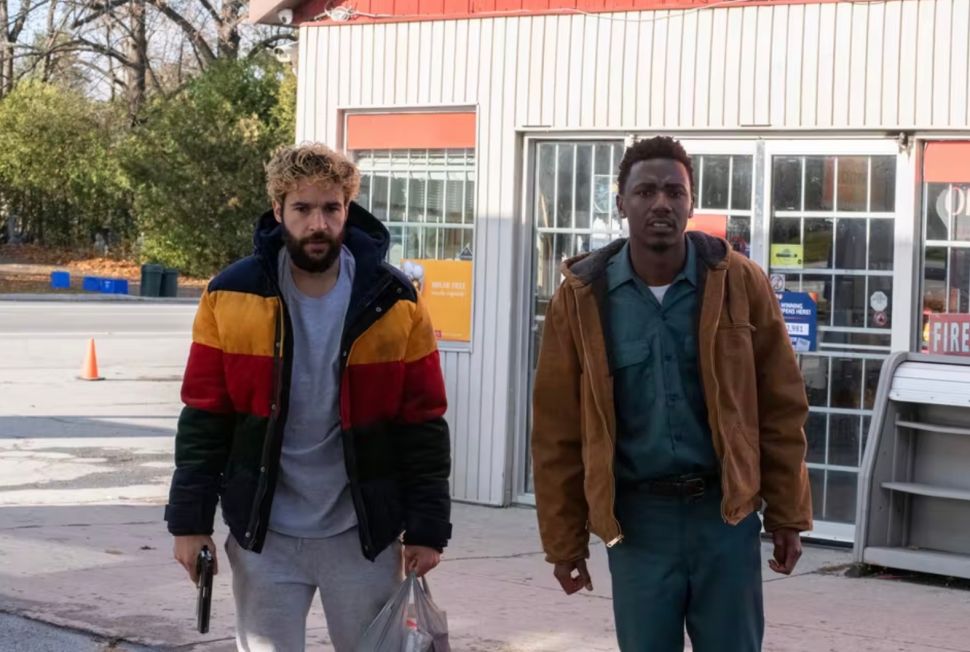