The impact of long Covid, a collection of debilitating symptoms that linger after patients recover from their initial illness, will likely be felt on the U.S. economy as well as the nation’s health.

One in five people aged 18 to 64, and one in four of those aged 65 and older, developed at least one of the panoply of symptoms—such as crushing fatigue, musculoskeletal pain, heart problems, kidney failure, blood clots and diabetes—that can follow a coronavirus infection, according to a study of 300,000 patients released by the Centers for Disease Control and Prevention May 24.

Considering that scientists estimate that there have been more than 80 million Covid cases in the U.S., there is likely to be significant economic fallout from the potentially more than 15 million people with long Covid. The full  costs aren’t yet known, said David Cutler, a professor of economics at Harvard.

“One of the things that is important, and it’s really troubling, is that this is a very common disease and we don’t know exactly how common it is,” Cutler said. “And that partly reflects the fact that we haven’t paid enough attention to issues involved with long Covid.”

In October of 2020, Cutler and former US Treasury Secretary Lawrence Summers published an article estimating a loss of $2.6 trillion from long-term complications of Covid, through 2021. That figure included costs associated with loss of enjoyment of life, losses due to people’s inability to work as much as when they were healthy, and the costs to the healthcare system, Cutler said.

A cost to both healthcare and the workforce

Based on the new numbers, long Covid is likely to have a major impact both on the healthcare system because many of these patients will need years of care, and to the general economy because of the loss to the workforce of people with severe symptoms having to quit work.

“The 18 to 64 year old group is the working age population,” said David Kass, a clinical professor of finance at the University of Maryland School of Business. “With people withdrawing from the workforce, that increases wage pressure during a time when there is already a shortage of workers.”

One good thing for these workers is the greater acceptance of work from home, Kass said. “Those with long Covid may still be able to work from home to some extent, but probably not as effectively as they would have if not for long Covid,” he added.

Patients who are most disabled—those who can’t get out of bed or walk a quarter of a mile or up a flight of stairs—may make up a smaller percentage than what the CDC reported, said Shruti Mehta, an epidemiologist at the Johns Hopkins Bloomberg School of Public Health. “Looking at people who report they are not able to function in life, we’ve seen about 3 to 5 percent, which is still a large number.”

The size of the potential problem demands major interventions, Cutler said. That includes doing whatever it takes to encourage the U.S. population to wear masks and get vaccinated, and to closely monitor global outbreaks.

“My bottom line is, with a potential cost of $2.6 trillion, that’s so big that there’s nothing, no preventive action, that wouldn’t be worth doing to reduce the burden of long-Covid,” Cutler said. 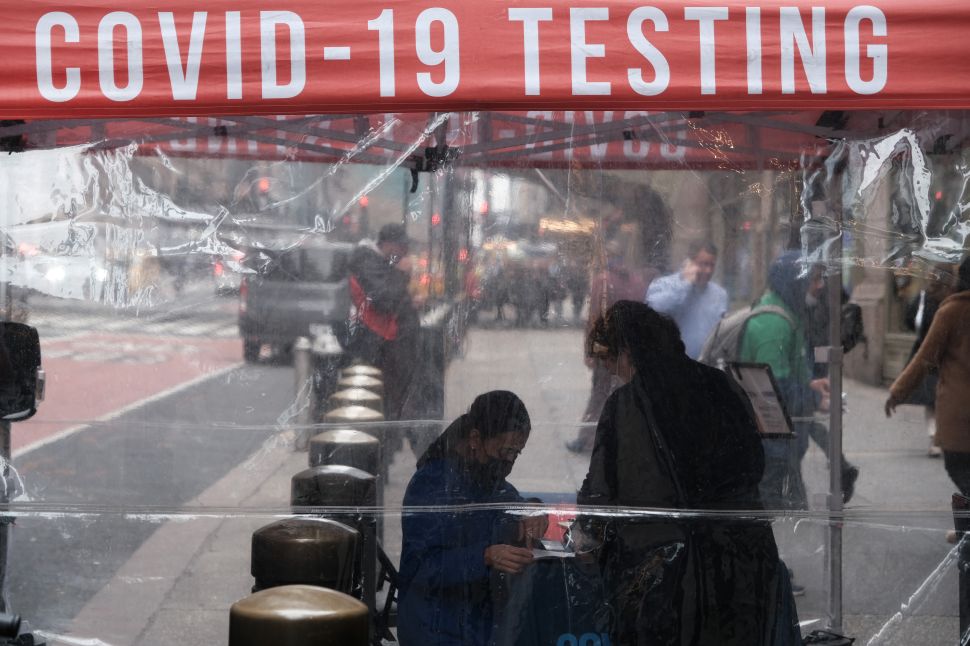