The highest inflation in decades has forced many consumers to rethink their spending habits. But it hasn’t deterred high-income shoppers from splurging on new outfits, beauty products and designer accessories as the world emerges from the pandemic. That may help explain why Nordstrom and Macy’s, which also owns Bloomingdale’s, reported strong earnings and profit forecasts this week while other retailers grapple with rising costs, consumer pullback and supply chain woes.

On May 26, Macy’s reported better-than-expected revenue and profit for the three months ending March 30. The mall-based retailer, which has struggled to compete with online shops for years, also reaffirmed its sales outlook and raised profit guidance for the year—a rare gesture of confidence that sent the company’s stock price surging more than 19 percent by the market’s close.

Macy’s numbers came two days after its competitor, Nordstrom, also raised its 2022 revenue and profit guidance after reporting better-than-expected sales for the three months ending March 30. Nordstrom shares jumped 9 percent in the after-hour trading on May 24 following the earnings release.

These results stand in contrast to the bleak earning and forecast data recently reported by big box retailers, including Walmart and Target.

Both Macy’s and Nordstrom attributed their strong performance to an increase in “special occasion” shopping fueled by travel, weddings, reunions and other social events postponed by the pandemic. “It contributed to an increase in store foot traffic as consumers are more likely to shop in-person for occasion-based apparel,” Macy’s CEO Jeff Gennette said in a conference call with investors today.

Nordstrom and Macy’s were led by their urban stores

Workers returning to offices and a rebound in tourism helped boost sales at department stores in city centers. Nordstrom said it saw the strongest sales during the past quarter from its urban locations, including its flagship store in New York City. Macy’s noticed a similar trend.

One reason is that the products sold at department stores are usually far less impacted by inflation than life essentials, like food and gas. In an ongoing study of 1,000 U.S. consumers conducted by the Kearney Consumer Institute, a market research firm, 88 percent of consumers say food is where they feel the largest impact of inflation, while only 14 percent say the same about clothing and 7 percent about beauty products, said Katie Thomas, a lead analyst at the Kearney Consumer Institute who leads the study.

Another reason is that inflation tends to affect the spending behavior of high-income populations less than middle- to low-income groups. Macy’s said in the past quarter sales grew the most at Bloomingdale’s, its high-end brand. “Luxury sales remained a standout for our business,” Macy’s CEO Gennette told analysts.

Traditionally, inflation benefits borrowers, such as most U.S. home owners. “Higher income consumers have mortgages, which actually go down in real dollar payments as inflation rises, so they actually feel richer in this environment,” said Sucharita Kodali, a retail industry analyst at Forrester, a market research firm.

Also contributing to department stores’ high-flying growth this year is their “low starting base” as their business took a hit from the pandemic over the past two years, said Kearney’s Thomas. “Conversely, big box retailers saw gains during the pandemic and are now feeling the brunt of the early impact of inflation.” 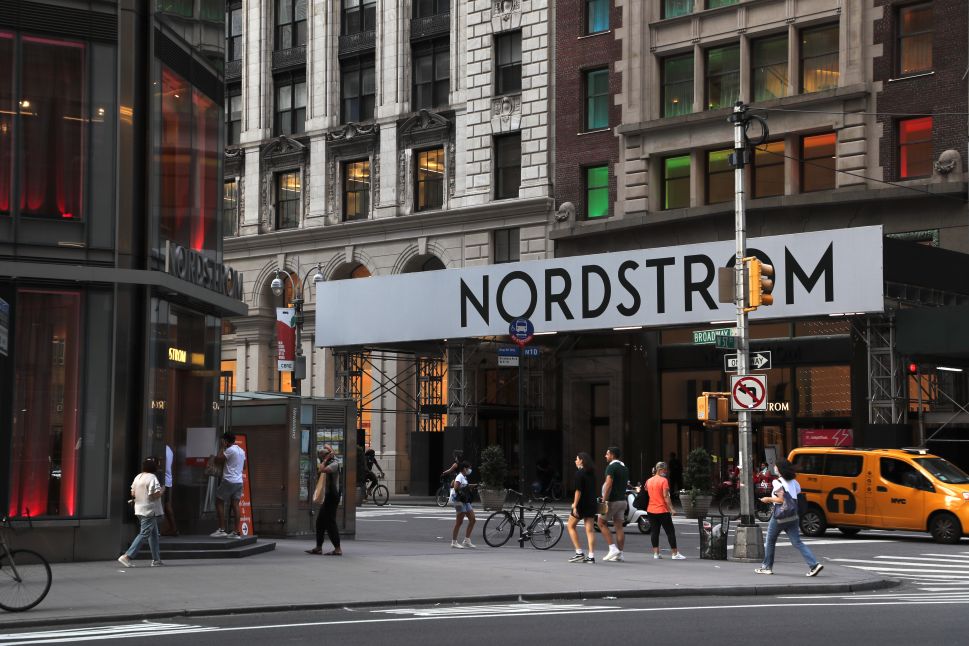