It’s natural to cast a suspicious eye on a film about misogyny written and directed by a man, suspicion that you’d just as well extend to this review, likewise written by one. It seems a bit presumptuous, particularly during a time when filmgoers are paying closer attention than ever to who gets to tell their stories and who doesn’t, craving authentic depictions of the lives of underrepresented groups. But while it is inflicted most of all upon women, misogyny is a social disease perpetrated and perpetuated by men; it’s a male problem, the goal of which is to make women feel as if it’s their problem. It’s not for nothing that filmmaker Alex Garland’s new surreal horror-thriller is called Men, nor is it his first foray into the subject of male entitlement (see: Ex Machina). Anchored by a haunting lead performance by Jessie Buckley, Men is an unsettling drama about the cultural pathology that holds women responsible for the actions of men, focused not so much on how it feels but on what it does. It’s quiet but visually verbose, mixing obvious and obscure metaphors in a way that would get tiresome if not for its modest 100 minute runtime.

The story follows Harper (Buckley), who is seeking some time alone and a change of scenery after her the death by suicide of her husband, James (Paapa Essiedu). Harper had planned to divorce James for his frightening, controlling behavior, to which James responded by threatening suicide, a threat upon which he delivers right before her eyes. In a vain effort to escape the painful memory, she absconds to a quiet pastoral village, renting an idyllic country house and wandering an adjoining forest that might as well be Eden. Her peace is broken when she discovers she’s being stalked by a naked vagrant, a threat that no one in town seems to take seriously. There’s an additional eerie twist: While no one acknowledges it, every man in the community shares the exact same face (Rory Kinnear, who makes the most of this opportunity to play eight distinct characters). 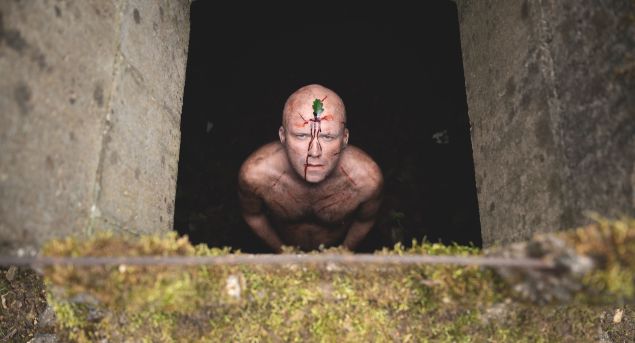 While Garland peppers Men with some curious imagery that’s left open to subjective interpretation, the shared-face device is practically a bonk on the head. As much as Harper must accept that each of these men is an individual and tries to treat them accordingly, they all represent variations on the same potential threat, and further, they all seem to see themselves in each other, but not in her. They extend their sympathies and protection to each other freely, while she is made to carry the guilt not only of her own actions, but of theirs. The local vicar suggests that she is to blame for her husband’s suicide. A schoolboy calls her a bitch for refusing to play hide and seek with him. Even Geoffrey, the charming bumbler who owns Harper’s rental house, presumes a certain entitlement to her time and attention, which puts upon her the burden of seeming rude for seeking privacy.

But, as heavily as the film’s marketing leans on the presence of multiple Rories Kinnear, much of Men is actually a solo act, with long wordless stretches during which Jessie Buckley’s character enjoys or fails to enjoy the beauty of nature, which is sumptuously photographed by cinematographer Rob Hardy. Buckley’s performance is the film’s highlight; she portrays Harper’s grief and perseverance without ever turning her into a bland personification of either emotion. Harper is a tangled mess, trapped between the intellectual certainty of her innocence and the crushing guilt that’s born both from simple human compassion and from the institutional assumption of original sin. Men plays this metaphor down the middle, too, when Geoffrey jokingly admonishes Harper for eating the “forbidden fruit” of his property’s apple tree at the start of the film. There’s additional metatextual value here, as the structure of horror films often requires the protagonist to make some initial transgression, inviting punishment from the monster. A literal-minded viewer might spend the rest of the runtime wondering if this is somehow the film’s inciting incident; that viewer has gone to the wrong movie.

In fact, someone looking for traditional horror scares might be better off skipping Men altogether. While the film as a whole is saturated with dread, it doesn’t get nail-bitingly tense until about an hour in. Even its chilling climax incites a slow, prolonged wince rather than jumps or gasps. The finale features gruesome, shocking images, but many of them are clearly computer-generated and the uncanny valley is particularly unkind to body horror. Moreover, the sense of danger eventually (and quite deliberately) dissolves as the immediacy of the literal narrative gives way to the metaphorical. The final minutes are a bloody visual poem about the ugly, self-perpetuating cycle of male entitlement. It’s creepy and gross, but scary doesn’t really describe it.

If there’s no groundbreaking feminist commentary to this movie, there’s a certain value to sitting a viewer down and saying, “Look at yourself, man.” It could be argued that Men’s depiction of misogyny is more valuable to men than to women, though perhaps that’s a good thing. It’s not that the impact of misogyny on its victims is ignored in the film. It’s still told from Harper’s point of view, and its sense of dread comes from her inability to find safety anywhere but in the company of other women. (Men is unconcerned with examining gender or sexuality beyond the binary or heteronormative standards.) But, as a bizarre physical representation of men inheriting selfish entitlement across generations plays out before the audience, the final message seems to be: “Isn’t it gross that we do this to ourselves?” Male oppression is born of primal instinct and childish desire, codified in religion, protected by government, but ultimately embodied in us, the men who pass it on. To its perpetrators, Garland says, “This is what you sound like. You’re pitiful.” To its targets, he says, “You don’t have to listen to this shit, and you don’t owe anyone your pity.” 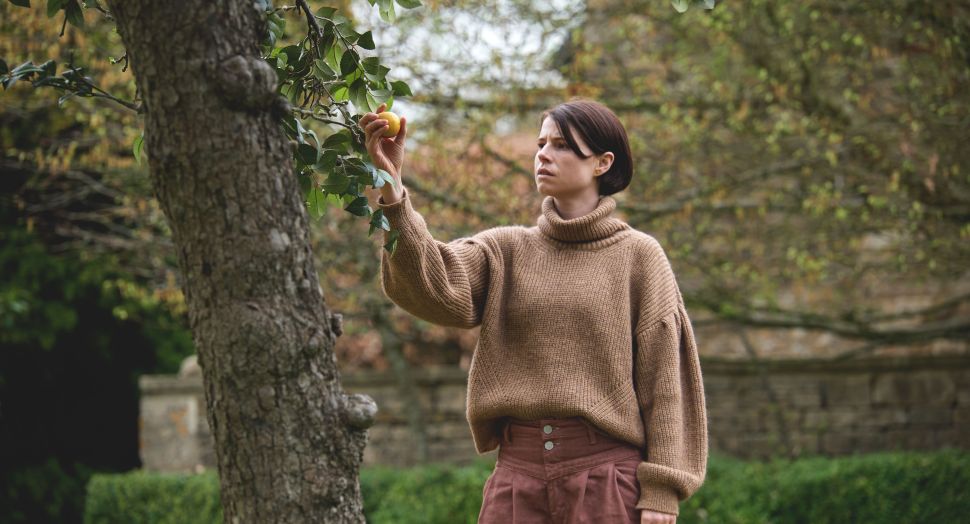