As the U.S. and its allies add to the crushing sanctions on Russia, the likelihood the country will default on its debt  increases.

Currently, it’s estimated that some $150 billion in Russian bonds are at risk and bondholders are becoming increasingly worried. Some fear a default could have a ripple effect, one even more damaging to the global economy than the current impact of Russia’s war with Ukraine.

Recently announced sanctions include phasing out European imports of Russian oil and gas, disconnecting Russian banks from the Swift international payment system, and cutting off Russian broadcasters from European cable and Internet. Those proposed sanctions have not yet been approved by the E.U. Additionally, the U.S. is barring its citizens from providing financial,  accounting or consulting services to Russians in an effort to prevent them from evading sanctions.

With Russia’s foreign accounts frozen by the sanctions already in place, it’s almost impossible for the country to pay its debts in foreign currencies, as contracts require.

The additional sanction would put further pressure on Russia’s economy, and increase the chance of the country defaulting on its bonds.

A default’s “direct effect would be on Russia itself and to some extent also on those holding the debt—a good amount of which is held by western banks,” said Kislaya Prasad, academic director of the Center for Global Business at the University of Maryland.

Bond holders most likely wouldn’t lose everything, Prasad said. “It’s likely there would be some attempt to renegotiate and pay at a later date,” he added. “In other cases (of default) , such as Argentina, there have always been people to buy up debt at a discount who have the ability to wait longer or the ability to press their case to get repaid at a higher rate.”

A Russian default could encourage other countries to follow

In a worst case scenario, a Russian default could encourage “other countries to default if they felt that their debt payments were strangling their economies,” said Lourdes Casanova, director of the Emerging Markets Institute at Cornell University. “That could push the world into a recession.”

Casanova isn’t too worried about that. In fact, she thinks a Russian default is unlikely, mainly because China has its back. “Currently Russia is exporting as much oil and gas as it was before the war with Ukraine, if not more,” Casanova said. “One of the biggest buyers is China.”

Russia also has a stockpile of gold, Casanova said.

Still, if the country defaults, it might have a long lasting impact on the average Russian. Sanctions are already impacting everyday life with prices of goods soaring and shortages of parts, from buttons to computer chips, stalling production of some items.

With a default, “a banking crisis may follow,” Casanova said. In defaults “the value of a country’s currency falls rapidly as a result of the country’s lack of credibility.”

All of that could result in an economic crisis with job losses and high unemployment, Casanova said. Social programs might have to be cut if the government becomes strapped for cash.


The example of Latin America in the 1980s

Casanova points to the example of the Latin American debt crisis in the 1980s. The defaults forced austerity on Latin American countries, leading to cuts in spending on infrastructure, education and health. Unemployment soared and people’s wages declined.

“Some will argue that Latin America never recovered,” Casanova said. “Poverty in Latin America doubled starting in 1982 and things didn’t recover until 2004. That’s a loss of 22 years of development.”

Even without defaulting, Russia has had a major impact on the global economy through its war with Ukraine, Casanova said. The two countries were among the biggest exporters of agricultural products, such as wheat, sunflower oil and barley, and cutbacks have driven up food prices worldwide, she said.

The other side of the coin is that Russians are not able to buy technology and luxury goods, Prasad said. “That’s a big problem for the Russians,” he added.

Still, Prasad thinks the future for Russia and Russians might not be so dire–as long as the economy continues to receive support from China. “Russian foreign debt is small,” he said. “They are getting enough money from oil sales and they don’t need to borrow much in international markets right now.”

Update: This article has been updated to clarify the position held by Kislaya Prasad. He is the academic director for Center for Global Business at the University of Maryland. 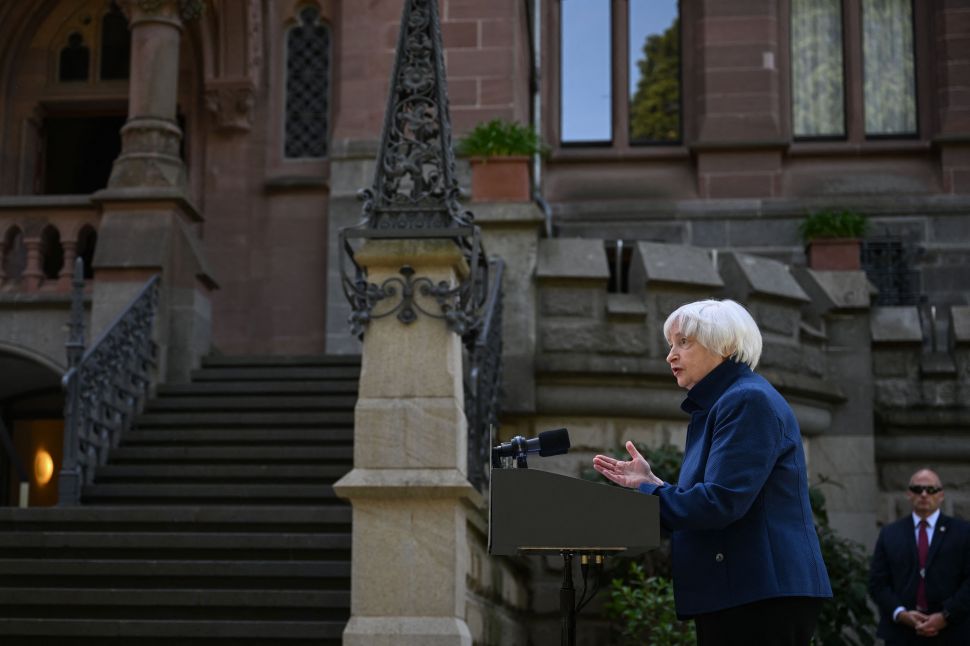