On April 28, International Friends of Festival Verdi (IFFV) gathered at the Metropolitan Club for a fundraiser. Festival Verdi is a festival of operas which takes place in Parma, Italy in the fall. Verdi, it appears, has a lot of wealthy friends, and tables at the gala started at 12K. The black-tie event was attended by a packed cohort of opera aficionados and devotees of Italian food and culture. In attendance was Massimo Bottura, chef restaurateur of Osteria Francescana: Modena’s three Michelin Star restaurant, ranked among the top restaurants in the world. A five-course meal of Chef Massimo’s cuisine was served to the gala attendees, and dessert was accompanied by two arias by grand opera diva Eleonora Buratto, currently performing as Cio Cio San in “Madame Butterfly” at the Metropolitan Opera. Following the performance was a silent auction, with Brook Hazelton, former president of Christie’s, acting as auctioneer. Attendees bid thousands on dinners, wine tastings, and Italian race car experiences, alongside ornamental décor inspired by Verdi operas.

James E. Miller, Managing Partner of Miller Shah LLP, is founder of the International Friends of Festival Verdi. Addressing the gala, he joked that he had to found a charity and fly Chef Massimo to the US in order to eat his cooking, since the Modena restaurant is booked solid and reservations are impossible. The gala attendees appeared to be largely drawn from the employees at Miller Shah. Young firm associates, in tuxes and no doubt new and pinching patent leather shoes, hobnobbed with Italian cultural diplomats. Where the visual arts, for all their financialization, still give off a whiff of downtown—of boho students and group shows in converted Brooklyn warehouses—classical music, as ever, is a conservative uptown affair. Besides employees and friends of the firm, those in attendance who were indeed true friends of Verdi belong to a contingent of Upper Manhattanites who live and die above 59th Street. Without their support the classical arts would surely crumble.

The Metropolitan Club, founded in 1891 by J.P. Morgan, holds court inconspicuously on the corner of East 60th Street and 5th Ave. Tourists waiting in line for knishes by Central Park can gaze up into its windows across the street, into gilded rooms with coffered ceilings, and catch the glinting highlights of the impossible wealth within. By the entrance, only chicly dressed socialites, emerging from black cars and disappearing under the awning, give onlookers an inkling of what goes on inside. Gilded age Upper East Side spaces lean towards the desperation of their original social climbing owners. Their conspicuous displays of art objects filched from Renaissance palaces tend to be vulgar compared to their European counterparts. Not so the Metropolitan Club. The club is comfortable in its class position and doesn’t have anything left to prove. The gold ballroom in which Verdi’s friends dined on Michelin Starred lasagnas and schmoozed the Mayor of Parma was comfortably exclusive. Here was wealth enshrined for posterity and preserved for all one’s very lucky descendants.

We dined off “The Crunchy Part of the Lasagna,” Chef Massimo’s deconstructed lasagna made famous from his episode of Chef’s Table. Chef Massimo himself, in chef’s whites and New Balance sneakers, addressed the gala eloquently and at length about his elaborate menu. In his lasagna, a sheet of crunchy lasagna pasta stood upright in a meat ragu. The “crunchy part” was hand painted to look like the Italian flag. The night’s main course, “Beautiful, Psychedelic, Spin Painted Veal, Charcoal Grilled With Glorious Colors As a Painting,” was a tribute to Damien Hirst’s spin-painted canvases, and was so astonishing to look at it produced a flurry of picture taking from the diners. The meat was only brushed in vegetable charcoal and then slow cooked at a low temperature to retain “essential proteins.” While the event space and the music being fundraised for was traditional, our dinner was decidedly avant garde. Long descriptions were needed to understand what we were eating. However, as in any catered dinner for a big crowd, haute cuisine struggled.

One room over, Chef Massimo, in a perfectionist’s frenzy, directed the traffic of waiters carrying trays of deconstructed lasagna and painted veal, checking each plate as it went out. I had the sense throughout dinner that there was a meta cuisine being served that I’d have needed a certificate in molecular gastronomy to appreciate. The quiet hum of happy eaters one associates with a very good meal was absent at the gala. Yet everyone seemed to enjoy their dinners, even if they were mostly enjoying only looking at their meals. The tasting part seemed secondary.

Eleonora Buratto, having dined well on Damien Hirst veal, took the stage after dinner. I have never been so close to such incredible vocal skill. She sings with a dark chest voice that is all warmth and heart and extraordinary brilliance. In two transporting arias, she spirited her audience away to another mental plane. It was pure serotonin injected via the ears. We sat in such close proximity to this sound that my skin prickled. Here, in this gold ballroom, after an entertaining but very strange dinner, was something special and precious. It gave credence to great wealth’s great claim that preserving true artistry is its province, its service to humanity. A lie, but a convincing one when one is well fed and three feet away from a genius vocalist.

Where grand opera in New York is a massive affair at the Metropolitan Opera, houses in Europe, including the Teatro Regio di Parma, can be considerably more intimate. Anna Maria Meo, Director of the Teatro Regio di Parma, spoke to me for Observer at dinner of the intimacy of the opera venues for Festival Verdi. Here you can experience exquisite singing performed so close to you that the hairs stand up on your arms. This old world of classical music, which gets preserved by charities like the IFFV, despite its exclusivity, relies upon very basic human needs: for pleasure, for beauty, for spiritual sustenance. Wealth is not always given over to the pursuit of beauty, leading me to believe that some of these friends of Verdi understand what is good in life. This love of artistic substance, which is rare enough, seems well worth preserving alongside the operas of Verdi. 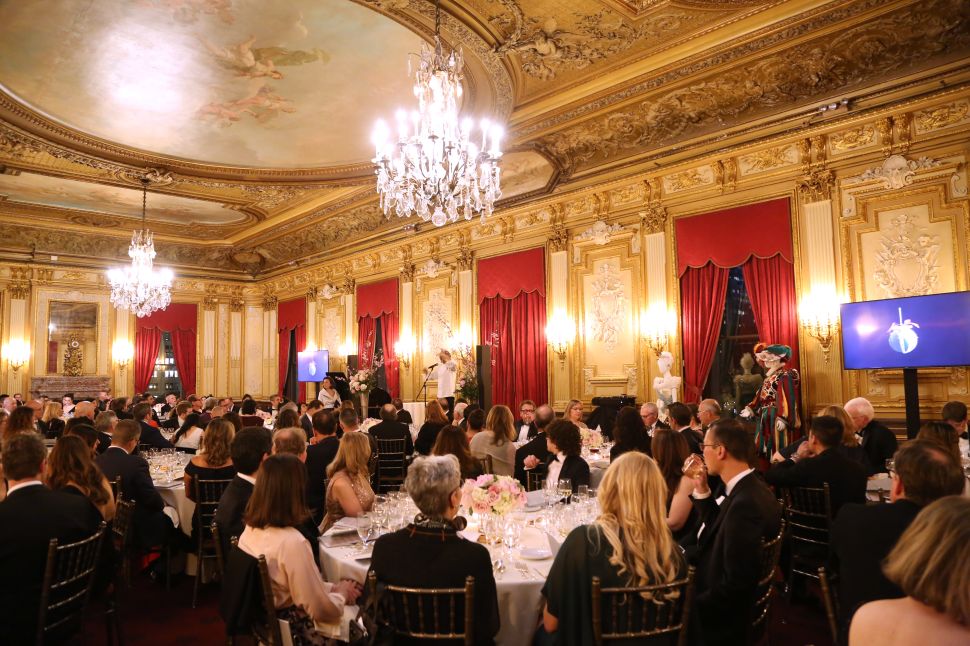