The most outrageous, unbelievable stories are often the ones that come from real life. Operation Mincemeat, an espionage drama from director John Madden (Shakespeare in Love), is proof of that adage, recounting a tale so absurd it sometimes seems like screenwriter Michelle Ashford made it all up. But the film is based on a non-fiction tome from British journalist Ben Macintyre titled Operation Mincemeat: The True Spy Story that Changed the Course of World War II and it adheres almost exactly to history, save for a few dramatic plot points.

The story, set in 1943 London, is narrated by Ian Fleming (Johnny Flynn), then part of British Intelligence and nine years away from writing his first James Bond novel. Fleming was part of drafting a document called the Trout Memo alongside his boss John Godfrey (Jason Isaacs). The memo included a series of ideas for how to deceive the German forces, and one of them, which Fleming pulled from a fictional novel, involved acquiring a dead body, dressing him up as a military officer and planting false papers on the corpse. The idea was to convince Hitler that the Allies were planning to re-take Europe through Greece rather than Sicily, thus saving the lives of thousands of soldiers. It sounds absolutely ludicrous, but it’s exactly what the British did. The plan was orchestrated by Ewen Montagu (a pitch-perfect Colin Firth) and Charles Cholmondeley (a toned down Matthew Macfadyen), with the help of an MI5 secretary named Jean Leslie (Kelly Macdonald).

The film recounts the events involved in the so-called Operation Mincemeat—mincemeat is the term for ground meat in England—and how the tactical deception changed the course of World War II. It’s a similar film to The Imitation Game, another true story about the spy efforts in England during the second world war, and Madden makes a solid effort to not get bogged down in the nitty-gritty details of the British Intelligence work. Instead, he uses history as a backdrop for more human stories. Montagu, a married officer, gets involved with Jean as Charles glowers with jealousy, and while the love triangle may not be exactly accurate it serves to welcome the viewer into the surprisingly lively nightlife of London during 1943. Macdonald is particularly good as Jean, who sees the operation as an opportunity to further her career.

Occasionally things lag, particularly when we leave the main characters in the third act to follow the corpse of the fictitious Major Martin, who is discovered in Spanish waters. But it’s compelling to uncover a piece of history which isn’t taught in high school classrooms. The untold stories of war are often the most interesting, especially when we get to see what happened off the battle fields. So many lives hinged on Hitler believing that the papers on Major Martin were real and this absurd deception changed the course of the war. Ashford and Madden are clearly as interested in the tale as the viewer, which adds to Operation Mincemeat’s intrigue. It’s a true story so strange it makes you wonder what other untold chapters of World War remain. 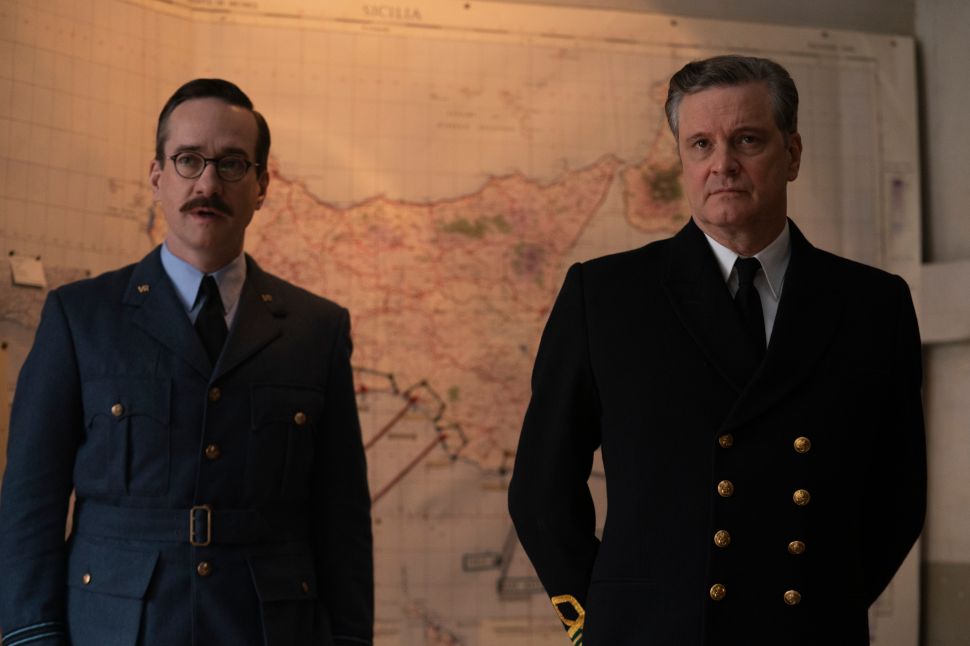