Paige Clark is the author of She is Haunted, a collection of short stories out May 17 through Two Dollar Radio.

Observer: My first question is– and this is a big question: where did this book come from? Where in your emotions, memory, and history?

Paige Clark: I wrote it really slowly over the course of maybe seven years. I didn’t really see it as a book at first. I’d moved to Australia, and I was working at a café and I had no idea what I was doing with my life. I had this idea in my head that I was a writer, but I’d never written anything and I didn’t write for fun. I still don’t find writing fun.

Then I decided to just take an online class, and I wrote the first story, which is actually the last story in the book. I just slowly went from there, just writing stories. Maybe around the halfway point, I realized that it was a book, and I started to conceive of it as a whole. I’d look at other short story collections that I loved, and I’d map out what emotional arcs that they took and why I thought that worked. So I started to fill out what I thought of this collection, what arc it would take, where I had gaps, and what was missing. It wasn’t plotting a novel, but there was plotting of the collection involved.

What collections were you reading as inspiration?

They’re quite obvious ones in some ways, but Dennis Johnson’s Jesus’ Son because that has this really singular narrator. I think that those kinds of stories really work as collections where each story is quite different, but you get a strong sense of the narrative voice being unified in some sense.

There’s an Australian collection as well called Heat and Light by Ellen van Neerven— that collection, it still sticks with me because it does so many things and goes so many places, but the entire time you know you’re with Ellen and you feel really confident in that authorial voice.

Seven years is a long time to work on a book. How did the project change over time, how did you change or change your perspective on the project?

I think I changed quite a lot. In that time, I admitted to myself that I was a writer and then I finished the book. I actually proved to everyone that I was the writer that I had been talking about, but I think maybe that’s the beauty of working on a book so long, I was slowly changing things as I went. When I got to the end of it, even the work that I’d written seven years ago still felt part of it because I was revisiting everything along the way and updating everything to fit together.

I don’t look back at those first stories and feel embarrassed, which maybe I should. I think in some ways I can see that they’re more naive emotionally or even on a sentence level or craft level, but I’m okay with that because I think that that journey is also what this book’s about.

Speaking about craft, one thing that really stood out in your collection was the fact that a lot of your characters were unnamed, but that they had titles in relation to other people. What drew you to that choice?

I think that so much of what unites this collection is that I really do see myself as a relational being, and I think that’s just from my family experience growing up. I was always my mother’s daughter, and I really saw myself in that role. So much of this book is about shedding that identity, but in some ways that’s still never lost.

I think that maybe in the way you can never really lose your family or your past, that you still have these titles or relations that guide you. Then as I moved on from my family, then you move into your other relationships, but it’s always guided by how you see yourself in that relationality to other people, which I think is still something that I struggle with. I don’t see myself as an individual. Maybe that’s a good thing too.

Mothers and daughters show up a lot in your book. What interests you specifically about that relationship?

That idea that I was talking about, that I really saw myself as being this smaller version of my mother, and that characterized so much of my young life. That seven or eight years when I wrote the book, was also the time my relationship with my mother disintegrated. It’s really a book about that grief too, of losing a mother.

I don’t feel like you’re necessarily writing in genre, but a lot of your stories touch on the horrors that come with relationships. I was wondering if you relate to any genres when you’re writing in that scary space.

I’ve never known how to characterize it either. The closest I’ve gotten is to it being hyperreal. I think that sometimes when you find yourself in these really heightened states, everything feels almost like it’s too real. Everything is too glossy or the colors are too vivid. I think that in those emotionally charged moments, I find myself thinking about how hyperreal a hospital space is, for example, and trying to play that up or food television.

I watch a lot of food television at all different times of the day, in the morning, in the evening, really late at night and sometimes when I can’t sleep. Food television is so strange, the colors and the way that– it’s not actually like real food. So trying to capture that in my work, this feeling that you’re looking at something but it’s not real. That’s the most comfortable I am in a genre.

You’re a Chinese/American/Australian writer, which is a lot of slashes. How do you think your experiences and history have influenced your writing in this collection specifically?

Much of this book is about me trying to be able to write about my own identity and not feeling like I have as many examples as I would like. I started out by reading, like I said, the Dennis Johnsons, the Amy Hempels, a lot of really white, short fiction writers, and I still love those writers, but if I mimicked them, I couldn’t find myself in the stories or I’d have to be hiding my identity.

I was looking for a way to write that, and there’s some great writers that are doing it. I think Weike Wang does that really well, and she’s a bit of a genius at that. Her short stories were really influences on the collection as well, trying to figure out how to get myself on the page, but I think it’s impossible to separate this history of your identity from your work. I think when I tried to do that, then I was so disembodied.

If I tried not to be an Asian American woman on the page, then it wasn’t myself and my voice coming through. So for me, that’s really important work, and it feels a bit lazy to say a lot of these narrators, even if it’s not mentioned that they’re Asian American, they are. But that is also the truth, and I want that to be something where I don’t have to do that work, that I can let these other stories just sit there.

Could you talk more about moving from America to Australia?

I’m from Arcadia, which is a pretty heavily Asian American neighborhood, so I got quite a shock when I moved to Australia, even though there are heaps of east Asian Australian people. But the circles that I was running in were very white, and I guess there’s just very different ideas about immigrants in Australia. So just a lot of questions for me about my identity and who I was, especially because I don’t have an Australian accent. I was suddenly even more of a foreigner.

I think that that also really inspired me to want to write about race and talk about race because in Australia, the culture’s very different and it’s not talked about, especially when I started writing this book. They get uncomfortable if you do; the whole conversation ends.

A lot of your stories display society’s gender expectations. Was that something at the front of your mind when you were writing or is that something in the ambiance of your writing in general?

In the same way I don’t sit down and think, “Oh, I’m going to write a story about being a Chinese woman,” I don’t think that about gender either. But I think that as an East Asian woman, it is very gendered, that experience. It’s very specific, especially living in a Western country, the way you’re racialized as a woman. I think that’s where a lot of the gender stuff comes through. I don’t see those as being things that I can pull apart, because for so many of my white female friends, it’s such a different experience in the world. That’s something that I think I’ve really struggled with.

There is part of that in the collection, trying to explain what’s happened to me that’s specific to me as a woman that’s so different than what a lot of the #MeToo movement looked like, for example. That felt like it excluded my experiences in a lot of ways and what the expectations were of me, things like being fetishized. That’s a huge theme, and I think it’s really specific to a Chinese woman’s experience in the world.

In your writing there’s a lot of rumination about the meaning of relationships and how relationships are going, almost in an obsessive way, for a lot of the characters. Are you an easily obsessed person?

Yes, I’m definitely a person that is prone to rumination and overthinking. Actually, I’ve recently become a mother myself. I have a newborn baby, and so it’s very easy for me to step into this role, I think, where another little person is my whole world and I am just thinking about him. It feels so natural.

In a lot of ways, I feel like this is what I was meant to do because I have all this energy to give to other people, and now that energy is my job. 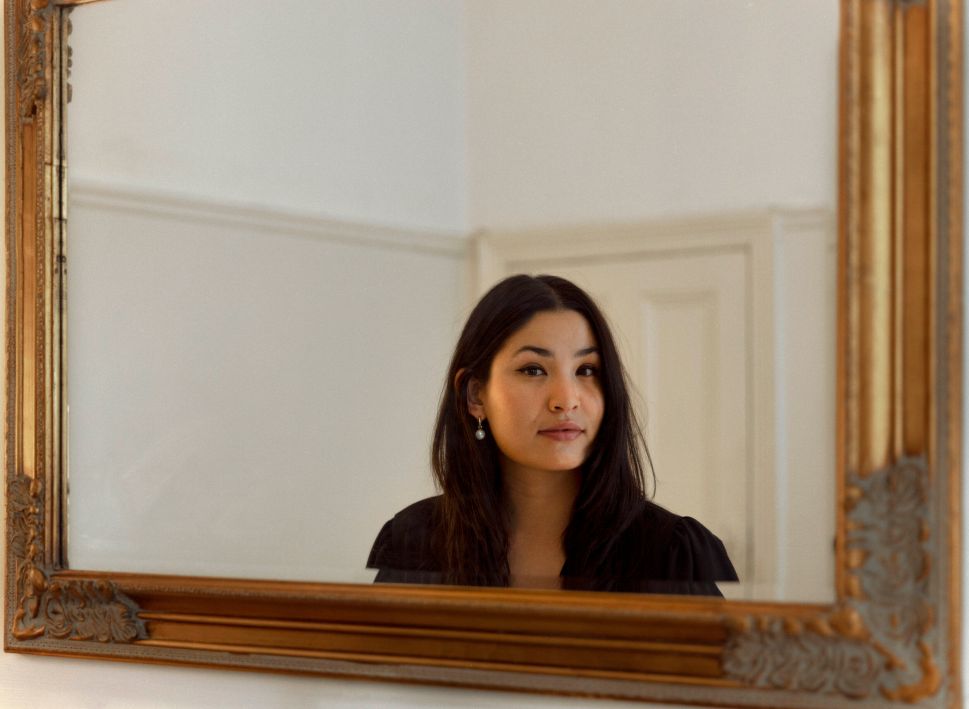